Local producers under increased pressure to meet booming demand for content
Dec 17, 2019 11:20 AM By: Tyler Orton 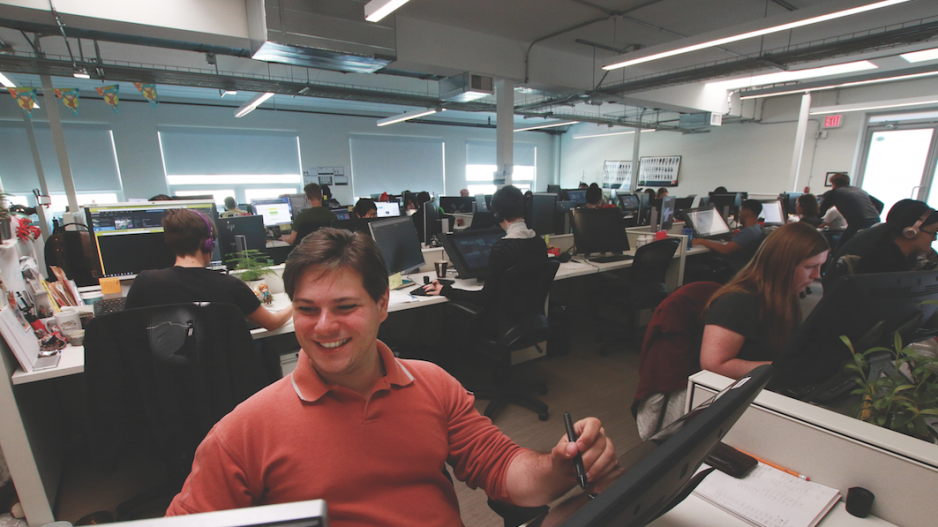 As the holidays approach and British Columbians catch up on TV shows queued up on streaming services, the province’s film and TV sector finds itself thrust into the crossfire of a war.

Following the November launch of the Disney+ and Apple TV+ streaming services, this “streaming war” will see WarnerMedia Entertainment’s HBO Max and Comcast Corp.’s NBCUniversal enter the battle to compete with Netflix Inc. in 2020.

And as in any war, ammunition will be at a premium — in this case, in the form of content being produced in B.C.

“With no signs of content demand slowing down, forecasts for the ‘future of TV’ highlight data-driven streaming, the importance of highly personalized service and the need for niche content that resonates with consumers who are becoming increasingly discerning in what they will pay for.”

Thunderbird is known for producing children’s fare under its Atomic Cartoons banner as well as live-action entertainment such as CBC’s Kim Convenience, a show that’s gained international popularity since it became available on Netflix.

The company has subsequently been tapped to produce additional content for streamers: 101 Dalmatian Street for Disney+ and LEGO Jurassic World for NBCUniversal.

But he added that the increased demand is putting pressure on the local industry to keep up.

“Within Vancouver, it’s a very busy city for animation production, and we felt like we were beginning to tap out as far as maintaining our quality bar while also finding the right animators for the right shows,” Berkowitz said.

A year ago Thunderbird opened up an additional production hub in Ottawa with plans to hire 200 workers. The distance between Ottawa and Toronto, the centre of Ontario’s entertainment industry, also qualifies the new production hub for additional tax credits from the province.

But this content boom is a double-edged sword for Vancouver as well financed foreign productions coming flooding in, according to Boughton Law Corp. entertainment lawyer Lori Massini.

“Filming in Vancouver has become prohibitively expensive,” said Massini, who helps producers with the legal wrangling required for securing locations and crews.

“There aren’t the crews and locations and casts that they would normally have access to because it’s very hard to compete with the bigger budgets.”

The volume of film and TV production in B.C. reached $3.58 billion in the last fiscal year, according to the Canadian Media Producers Association’s Profile 2018 report from last March.

That’s up 20.6 per cent from a year earlier, when production volume reached $2.97 billion.

However, growth was dominated by foreign productions, which grew 31.5 per cent to $3.04 billion year-over-year.

But Massini said there have been benefits for domestic producers, most notably for the ones willing to adapt their business models to the new environment created by the proliferation of streaming services in such a short period.

“Because there’s such a great appetite for content, producers who typically would have had to struggle with securing financing have, in my experience, been able to get more money for their productions,” she said.

“They used to make really Canadian-type productions that were financed in Canada, intended for Canadian market, and now a lot of the local producers are doing more service work… or they’re producing content that is distributed in Canada or else is primarily intended for distribution on streaming services. So they’re still doing Canadian content but the distribution has changed.”