The B.C. government says it cannot support Kinder Morgan’s proposal to expand its Trans Mountain oil pipeline because the current proposal does not meet five conditions the province has set in place for such projects.
Jan 11, 2016 11:00 AM By: Nelson Bennett And Jen St. Denis 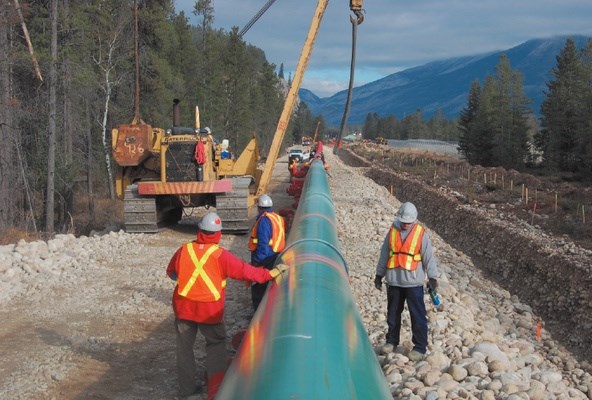 The B.C. government says it cannot support Kinder Morgan’s proposal to expand its Trans Mountain oil pipeline because the current proposal does not meet five conditions the province has set in place for such projects.

“We haven’t seen the evidence presented in these hearings that would convince us of that.”

National Energy Board hearings on the controversial project are currently underway. On January 19, interveners will begin giving oral arguments for why the project should or shouldn’t proceed at a public hearing in Burnaby that will run through January 29, and in Calgary in February.

The NEB has been criticized for becoming overly politicized under the Stephen Harper government in favour of the oil industry. In a decision that prompted a number of interveners to withdraw in protest from the hearings, the NEB decided that it would not allow interveners to cross-examine Kinder Morgan.

The B.C. government, for example, asked how many SCADA alarms Kinder Morgan receives on its pipelines annually, and how many result in precautionary shutdowns.

These systems use computer-controlled sensors, cameras, shutoff valves and alarms. On pipelines, they detect leaks and ruptures that can result in a pipeline being shut down.

“Information concerning the effectiveness of leak detection and the promptness of shutdowns on the existing TMPL system and all Kinder Morgan pipelines is directly relevant to the company’s ‘track record’ with respect to the safe operation of its pipelines,” it wrote to the NEB. “The province requires such information in order to assess Trans Mountain’s ability to operate the proposed pipeline safely.”

Polack said her government continues to work with the oil and gas industry on the five conditions, which include successfully completing the environmental review process; a world-leading marine and land spill response regime; addressing Aboriginal and treaty rights and ensuring First Nations benefit from projects; and ensuring British Columbia receives its “fair share” of financial and economic benefit.

While she is confident the government and industry are getting close to meeting the land spill response condition, which is entirely under the purview of the provincial government, marine spill response is another question.

Transport Canada is currently working on introducing a new model based on the review panel’s recommendations.

Information gaps in how a marine spill would be dealt with is the main sticking point for the B.C. government. According to the province’s submission to the NEB:

Had Trans Mountain provided sufficient  information in this proceeding to enable the Province to conclude that it would have world-class marine and terrestrial spill prevention and response capacity, then the Province would have been in a position to support  the issuance of a certificate for the Project. However, this is not the case.”

But Polack said ongoing significant opposition from First Nations groups is also a barrier to the province’s support for the project. The Tsleil-Waututh First Nation, whose territory is around Burrard Inlet, where oil tanker traffic would increase from five per month to 34, applied to the Federal Court of Appeal to halt the project on the basis the Nation was not properly consulted.

The deadline for the NEB to submit its final recommendation to the Governor in Council is May 20, 2016.