B.C.’s solicitor general is looking to broaden what stores can sell, and to allow growers to sell direct to consumers
Oct 19, 2019 11:11 AM By: Glen Korstrom 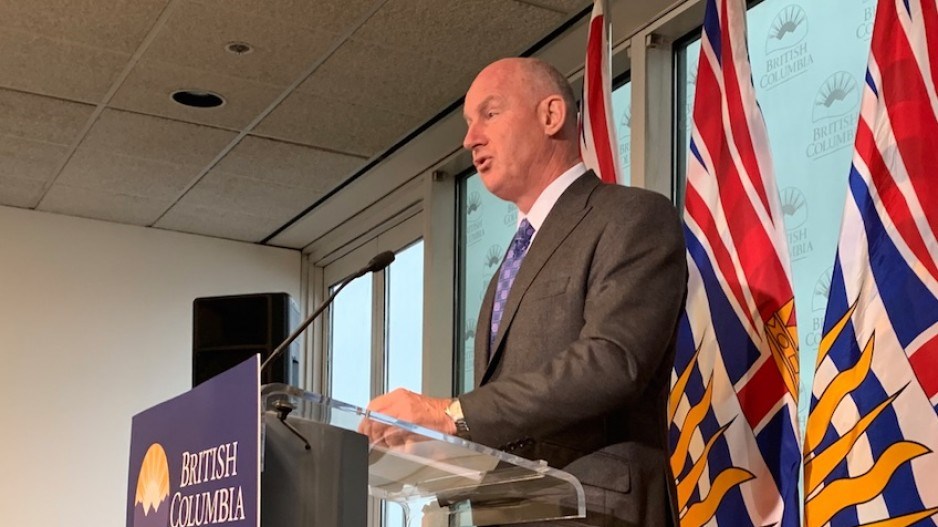 The B.C. government is working to change its rules on what products licensed cannabis retailers are able to sell. It is also working to create policy to allow growers to get provincial licences to sell cannabis directly to customers at production sites, Solicitor General Mike Farnworth said Oct. 18.

The news comes one day after the federal government legalized sales of edibles, vaping products, lotions, concentrates and other forms of consuming cannabis.

While Farnworth repeatedly mentioned “small-scale producers” as a segment within the cannabis sector that he particularly wants to help thrive, he also suggested changes that could come soon on what products are able to be sold in provincially licensed retail stores.

Unlike private liquor retailers in the province, cannabis outlets are prohibited from selling “snacks, tobacco or other non-cannabis-related items," according to a government retail-licensing guide released last year.

The stores can sell rolling papers, bongs and grinders, because they are considered to be “cannabis-related” items.

Clothing has so far fallen into the “non-cannabis-related item” category.

That has prompted strange situations where retailers would be selling T-shirts and baseball caps emblazoned with cannabis brands. They would then receive their provincial licence to sell cannabis and would have to halt clothing sales.

Burb, for example, was selling a range of clothing items at its Port Coquitlam location until September. Then it got its licence to sell cannabis and the clothing items became background decorations on walls that it could not sell.

“We could no longer sell apparel in store or online in B.C.,” CEO John Kaye told Business in Vancouver.

“If you go into our flagship [store] in Port Coquitlam, there are still clothes hanging there. They just don’t have hang-tags and we can’t legally sell them. It’s been quite funny – selling cannabis with every major credit card, but nothing on the apparel side.”

Farnworth said “one of the areas that has been brought to my attention — and I indicated that I would like to take a look at — is in the kinds of some of the [merchandise] that can be sold. Clothing is an example.”

When he looked at the example of T-shirts, “my reaction: [I] didn’t see an issue with it,” he said.

BIV asked Farnworth if he would broaden the list of potential items that could be sold in legal cannabis stores to chocolate bars and other munchies, and he said, “I’m prepared to look at some of the suggestions that have been made but it’s a bit early to get into specifics on things like that.”

One potential retail change in B.C. would involve allowing federally licensed producers to sell cannabis products directly from greenhouses or other production facilities.

Canopy Growth Corp. has Newfoundland government permission to sell products to customers at a Newfoundland production facility that it is constructing — a phenomenon that shows that allowing farm-gate sales is entirely within provincial jurisdiction.

B.C. “has been at the forefront of the provinces in terms of wanting to get small-scale production up and running, and bringing it into the legal system,” Farnworth said. “I see farm-gate [sales] as an important component of it. We’re not there yet, but I fully expect that we’ll get to a point where you will be able to see farm-gate sales.”

He added that his ministry is conducting necessary “policy work” to get needed changes done.

Licensing small growers is federal jurisdiction but Farnworth said that his ministry is urging Ottawa to license as many small growers as possible.

“One of the things that we want to see is as much small-scale production as possible,” he said. “Given the size of the industry that we’ve had in this province, and it has been around for such a long time. It’s underpinned many small communities in the Interior, the Kootenays in particular. What I would like to see is that when they are licensing production, that they do take into account those regional issues, and producers from different parts of B.C., or anywhere for that matter.”

Uncertainty on what Ottawa will do, Farnworth acknowledged, depends on what happens in the Oct. 21 election because a new government may have a different sense of how it wants cannabis to be regulated.

Conservative leader Andrew Scheer said last year that he would evaluate how cannabis laws are working and “make necessary corrections” were he to become prime minister. He does not plan to recriminalize cannabis.

Note: This story has been updated since first published.