Public consultations slated for May, while trustees vote on plan in June
Apr 12, 2018 2:00 PM By: John Kurucz 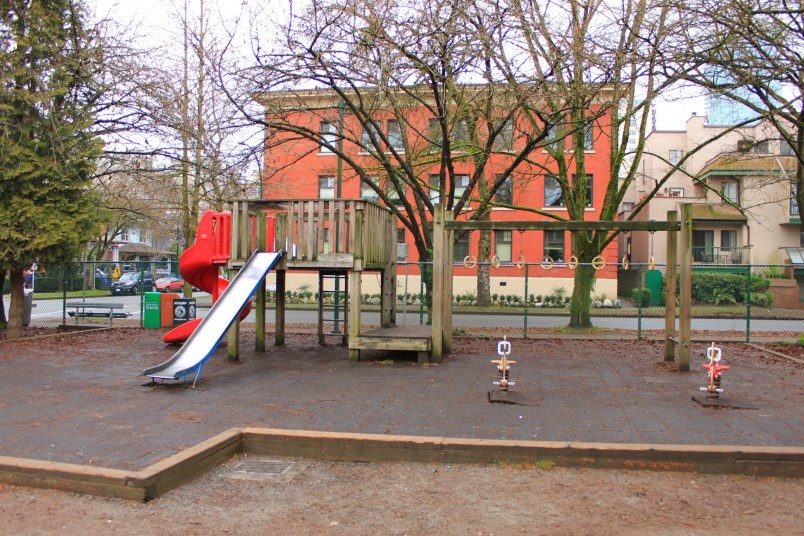 A proposal has been put forth that BC Hydro acquire the rights to build a new substation underground at the Lord Roberts Annex property.Photo Dan Toulgoet

The buzz around an underground hydro substation in the West End is about to be recharged.

According to a joint news release issued Thursday by BC Hydro and the Vancouver School District, a proposal has been put forth that BC Hydro acquire the rights to build a new substation underground at the Lord Roberts Annex property.

A purchase price was not disclosed but described as a “fair market price.”

Public consultations begin in May, and school trustees will vote on the plan in June.

“The West End needs additional school spaces for the growing community of families there, so we are interested in exploring this proposal to see if it could provide a worthwhile and safe solution,” VSB board chair Janet Fraser said in the news release. “We look forward to hearing the input from our stakeholders and parents about this proposal to help us make a decision that could meet the needs of the school district while meeting the needs of BC Hydro.”

Plans for two underground substations were first floated last year, though some parents and city officials were skeptical about the timing, the amount of money the district and city would receive, and potential scheduling disruptions.

The plan was ultimately scrapped in March of last year, and Thursday’s announcement attempted to allay some of those concerns.

“Any agreement would provide significant benefits to the community including funding to build a new Coal Harbour School sooner than expected, a new playing field at the Lord Roberts Annex site and space there for a full-sized elementary school after the substation is complete,” the news release states.

BC Hydro’s downtown electrical system is aging and available land is at a premium. Almost half a city block would be required if BC Hydro were to build the substation above ground.

“With land in downtown Vancouver being scarce and expensive, we believe that an underground substation is the best option to meet the long-term electricity needs of the West End community,” said Chris O’Riley, BC Hydro’s president and chief operating officer. “By going underground, we would eliminate the need to purchase expensive, private property and potentially take away housing stock from the area, while also providing significant funding to the downtown Vancouver school community.”

This story has been revised since first published.