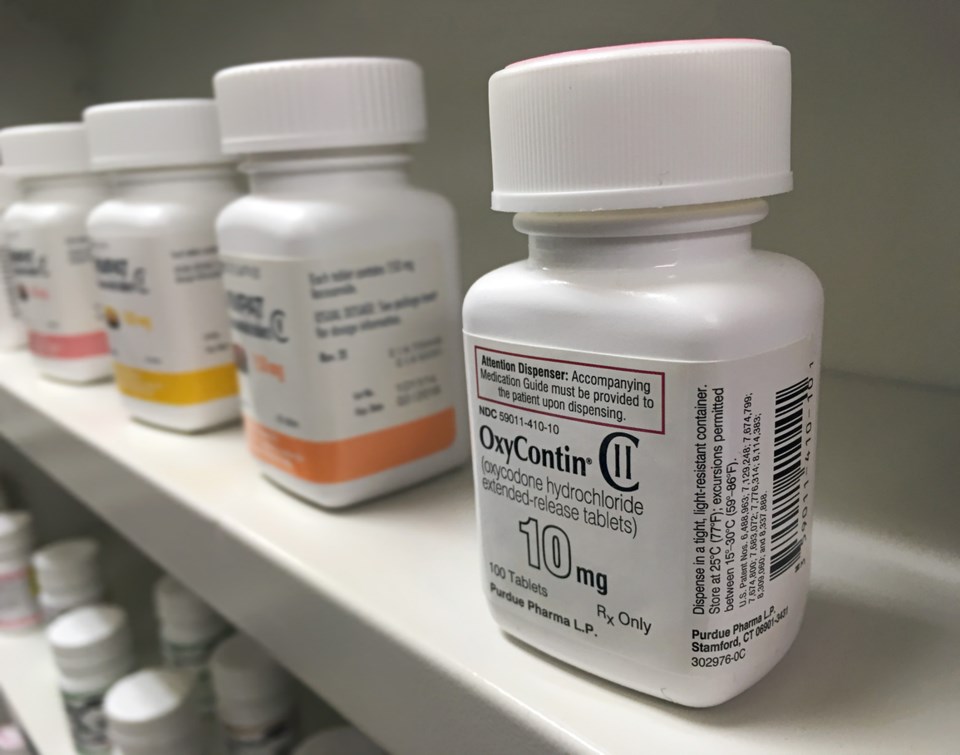 A lawsuit launched in B.C. claims that opioid drug manufacturers misleadingly downplayed the addiction risks and exaggerated the effectiveness of the drugs. Photo iStock

A British Columbia man identified only as “M.W.” is suing major opioid drug manufacturers in a proposed class action, claiming the controversial class of painkillers were misleadingly marketed in Canada since 1996, leading to a countrywide epidemic of addiction and death.

The anonymous plaintiff filed a notice of civil claim under the Class Proceedings Act in B.C. Supreme Court on Dec. 18, naming dozens of companies as defendants including Apotex, Bristol-Myers Squibb, Johnson & Johnson, Purdue Pharma, Valeantand others, along with distributors including Loblawsand Shoppers Drug Mart.

According to the lawsuit, the plaintiff suffered a spinal injury in 2003 and was prescribed OxyContin for the pain, and his dosage was eventually tripled from the original prescription.

The man claims he developed “Opioid Use Disorder” and filed the action on behalf of a proposed class of Canadians that have consumed opioid drugs made, marketed and sold by the defendants since 1996 when OxyContin was first introduced.

The drug manufacturer defendants, M.W. claims, misleadingly downplayed the addiction risks and exaggerated the effectiveness of the drugs.

The distributor defendants, meanwhile, delivered the drugs “to pharmacies and hospitals in Canada in quantities that they knew or should have known exceeded any legitimate market.”

“Such distribution efforts,” the claim says, “intensified the crisis of Opioid abuse, addiction and death in Canada.”

M.W. claims more than 20,000 Canadians have died from overdoses in the last two decades.

The claim seeks class certification and damages for negligence, breach of duty of care, unjust enrichment, and Competition Act violations. The allegations have not been tested or proven in court and the defendants had not responded to the claim by press time.