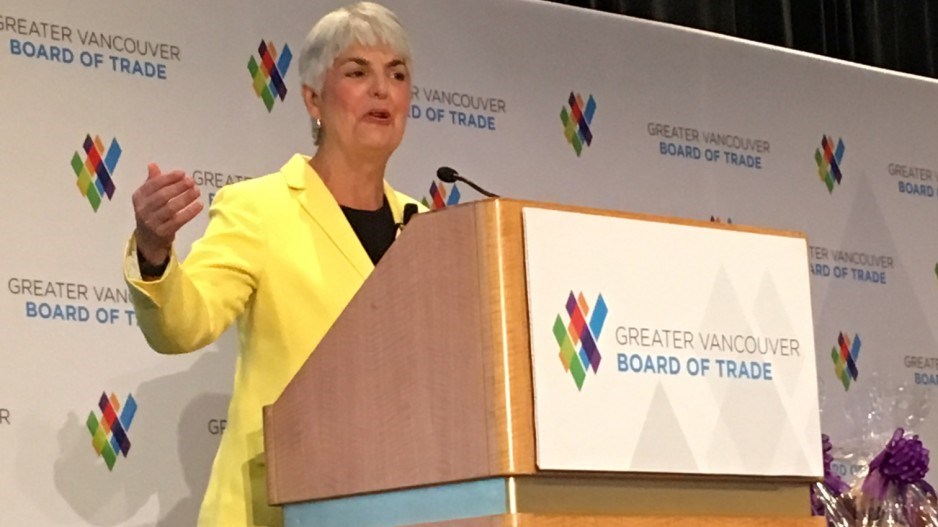 Provincial tax revenue from resources, particularly forestry, is down $133 million in the second quarter of this year, and ICBC continues to write in red ink, but otherwise, B.C.’s finances are in good shape, says B.C. Finance Minister Carole James.

Slowing global economic growth has had an impact on B.C. exports — mostly forestry, but also mining — forcing James to reduce the province’s budget surplus forecasts for the second time this year.

The province is now forecasting a budget surplus of $148 million, down from the $274 million forecast in the 2018-19 budget in February.

James has added $100 million to contingencies, giving the province a little over $1 billion in cushioning, in the form of forecast allowances and contingencies.

Otherwise, she said, B.C. is in strong financial shape, despite some record spending — something affirmed by credit rating agencies and banks, which have pointed to B.C. leading the country in growth in 2020.

“I’m really pleased to say that the second quarter, as with the first quarter, really shows B.C.’s economic resiliency against global uncertainty,” she said.

B.C. has one of the lowest unemployment rates in Canada and is expected to lead economic growth in Canada in 2020. James said there also are signs of an uptick in B.C.'s housing market.

"We've seen employment increase by 3.1 per cent year-to-date to October 2019, and that's the fastest growth among any province," James said.

Despite good employment numbers, retail sales have been flat — something James attributed in part to a slowdown in the housing market, which appears to be picking back up.

Home sales were down 7.8 per cent on a year-to-date basis, James said, adding, "We're starting to see an indication of sales climbing back up again."

Tax revenue is slightly down from what was projected in the first quarter report — $30 million — due to lower personal income tax, retail spending (sales taxes), natural resources revenue and Crown corporation revenue. On the other hand, corporate income tax is up $342 million. (Income tax figures are from 2018, since there is a one-year lag.)

One Crown corporation, ICBC, continues to be an anchor around the finance minister’s ankles. ICBC's ongoing net losses were expected to increase by $41 million in the second quarter.

“I think it will come (as) no surprise to anybody here that ICBC remains a significant financial risk,” James said.

In September, James ordered all B.C. ministries to try to cut $300 million in discretionary spending, as a precautionary measure, should the B.C. economy suddenly face economic headwinds. She said it was too early to say how much has been saved to date.

“We still have some work to do,” she said.