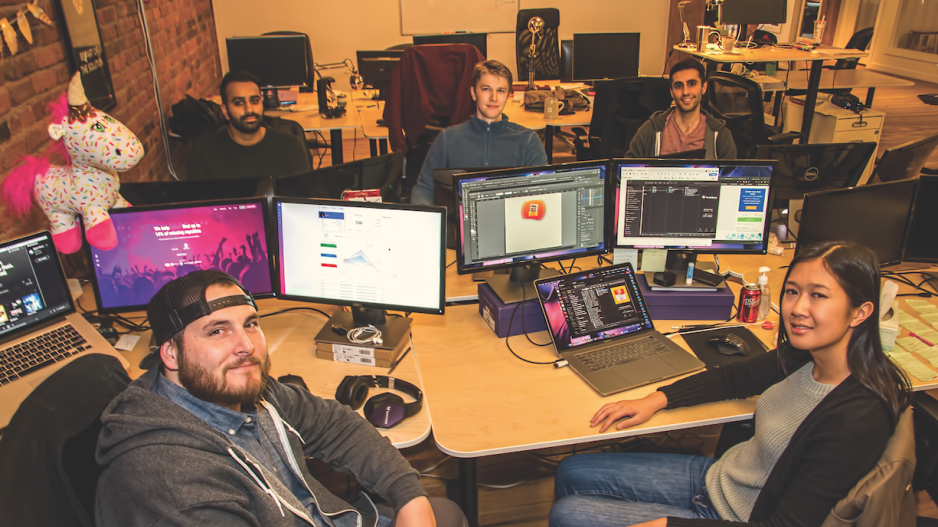 Andrew Batey describes it as a $4 billion problem for the global music industry: collecting royalties from the multitude of streaming services offering artists’ songs.

“Labels have no idea the amount of time the song’s actually being played,” said the CEO of Beatdapp Software Inc. “They have a rough estimate but streaming services self-report.”

He said the “absurd” situation came into focus for him a few years ago when one of the world’s biggest labels, Entertainment One Music, reached out to his Vancouver-based firm for help with the problem.

The label had audit rights every two to three years, but when it tried matching the event logs for every time a song was played, the audits revealed the plays were being under-reported by 15 per cent on average.

(Note: Batey contacted Business in Vancouver to clarify multiple labels have audit rights every two to three years, revealing plays were being under-reported by 15 per cent on average for the industry — October 16, 2019)

But Batey said under-reporting is as high as 30 per cent for some of the streaming services, hence the estimate that artists and record labels are losing billions in royalties.

“That creates a problem for the music labels because they invoice for the revenue splits and the subscription fee splits based on play count — how many times their songs were played in aggregate in the ecosystem.”

That’s where Beatdapp is stepping in with blockchain-backed tracking technology that could more effectively audit those play counts to help collect royalties owed to music labels and artists.

The company spent 15 months trying to figure out if it could build the technology.

“What we didn’t expect to happen was so many labels asked so quickly [about the technology], and it globalized so fast.”

Batey added that there had been about four or five public efforts to come up with similar technology that eventually fizzled.

Within three months, Beatdapp landed 16 pilot requests from different labels across the globe, including Canada, the U.S., Japan, India, South Korea and Mexico.

Late last month, the company closed a $2.5 million seed funding round to help it roll out four confirmed pilots.

Batey estimates Beatdapp will be generating about $4 million in revenue by January 2020 based on the assumption those pilots will convert into official services for the music labels.

Creative BC CEO Prem Gill, whose organization helps promote the music industry along with the film and TV sectors in the province, said artists and labels have been trying to educate themselves on different ways to maximize their royalties.

Earlier this year Creative BC facilitated a visit from representatives from streaming service Apple Music.

“My question to them was, ‘How are B.C. artists doing on Apple Music?’” Gill recalled asking.

Apple Music’s answer: they could be doing better.

Gill said the visit from Apple Music was helpful for answering questions artists had about navigating the business of working with a music streaming service.

But making money from these services still remains a widespread problem for artists.

Earlier this year, Spotify Technology SA, Amazon.com Inc., Google LLC and Pandora Media Inc. — the latter of which does not yet offer streaming services in Canada — announced they would appeal a ruling from 2018 in which the U.S. Copyright Royalty Board increased the royalty rates that streaming services would have to pay artists and publishers.

Batey said from the streamers’ perspectives there hasn’t been much incentive for accurate reporting — only reporting that is “good enough” for the labels not to cause a stir.

“In my experiences so far, the streaming services have said, ‘Look, if the labels want it, we’ll do it,’” he said, adding that the streamers aren’t footing the cost of integrating this technology into their systems.

As for the mechanics of Beatdapp’s technology, it kicks into gear when a user requests a song from a streaming service.

A concurrent request is then sent to Beatdapp’s blockchain network.

The streaming service, the music label and the third-party validator (in this case, Beatdapp) must all agree that the song has been played by a real user, and record of that transaction is then written to the blockchain network.

“Everything is completely validated per transaction, and it’s immutable and completely auditable,” Batey said. “We’re really starting to dial down a lot on stream fraud and bad actors.”