Beer and brains served up at Nerd Nite 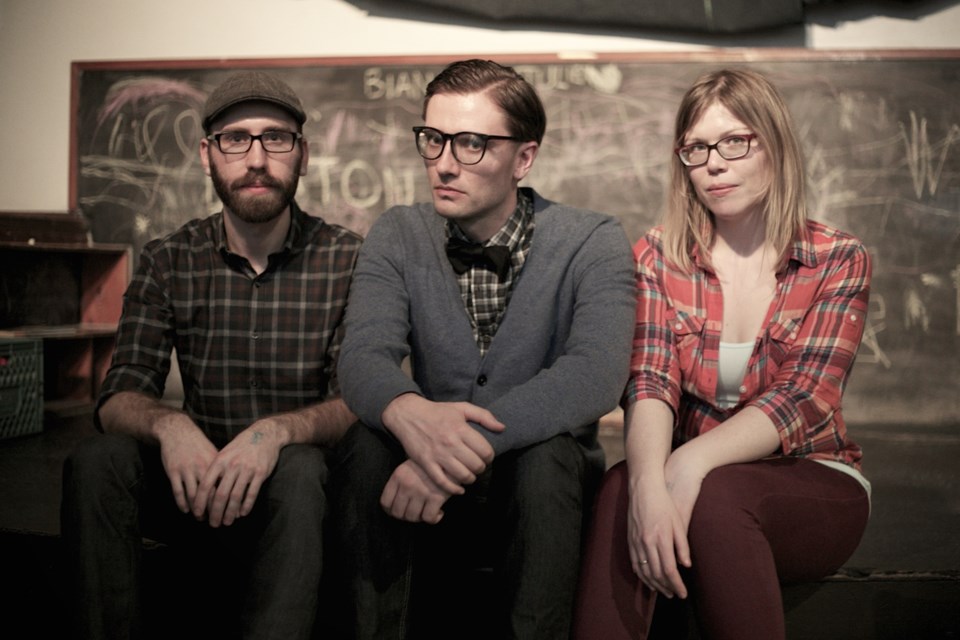 The first time Kaylee Byers attended a Nerd Nite she was hooked. She likes learning about chemistry, a sexual culture or a bizarre animal while sipping a beer in a laidback setting.

Now Byers and friends have brought the event that’s already been established in 70 cities worldwide to Vancouver, with their second instalment at Café Deux Soleils on Commercial Drive, March 19.

Marine invertebrate taxonomist Sheila Byers will talk about zombie worms that dine on whale bones, actor and voice actor Kirby Morrow will share details of his chosen career and astrophysicist Jaymie Matthews will muse on space, planets and the stars.

Byers hopes others will find her aunt’s passion for worms just as infectious as she has.

“She’s actually who inspired me go to into biology,” said the 28-year-old doctoral student in parasitology. “When I was young I would go over to her house and open these drawers and they’d just be full of vials of dead worms and I was like, ‘What is this? Who is this person?’ And now 15 years later it’s me.”

A Nerd Nite that Unger attended in Edmonton captured his imagination and he leapt at the chance to co-host a local event.

“The past couple years I had been actively seeking out science lectures, but all seemed to be either at universities, or at unexciting and remote lecture halls,” Unger told the Courier via email. “Having a place to relax and learn something new and fun while drinking a beer is something I know I really wanted, and I knew based on the success of Nerd Nite in other cities Vancouver would want it too.”

Last month’s inaugural Nerd Nite featured standup comedian Ian Boothby on “How Comic Books Can Save a Life,” Alex Waterhouse-Hayward on various types of photography and how the scanner has changed his life and University of B.C. scientist Joel Kelly talking about structural colour.

“Two of our speakers brought a lot of props and passed them around,” Byers said.

“There is a strong demand now for people to understand the world around them,” Unger added, citing the success of TED talks and Pecha Kucha as proof.

Nerd Nites are more accessible, he says. “It allows people to come and learn, ask questions and interact with other ‘nerds,’” said Unger, who also co-hosts the Biltmore Ping Pong Club.

Byers had no problem donning the nerd moniker when she participated at a Nerd Nite in Edmonton, speaking about how parasites manipulate their hosts.

“When I was young, being a nerd was bad. It was like ‘nerd!’ ‘four eyes!’ ‘geek!’” said Byers, who volunteers in elementary schools.  “It’s really positive now. People are proud to call themselves geeks and I’m even noticing it in kids.”

She added, “There’s not nearly the same stigma on being smart as there used to be.”

Nerd Nites are scheduled on the third Wednesday of each month at 2096 Commercial Dr. until and including May. Nerd Nite Vancouver 2.0 starts at 8 p.m. Admission is $5 at the door. For more information, see vancouver.nerdnite.com.