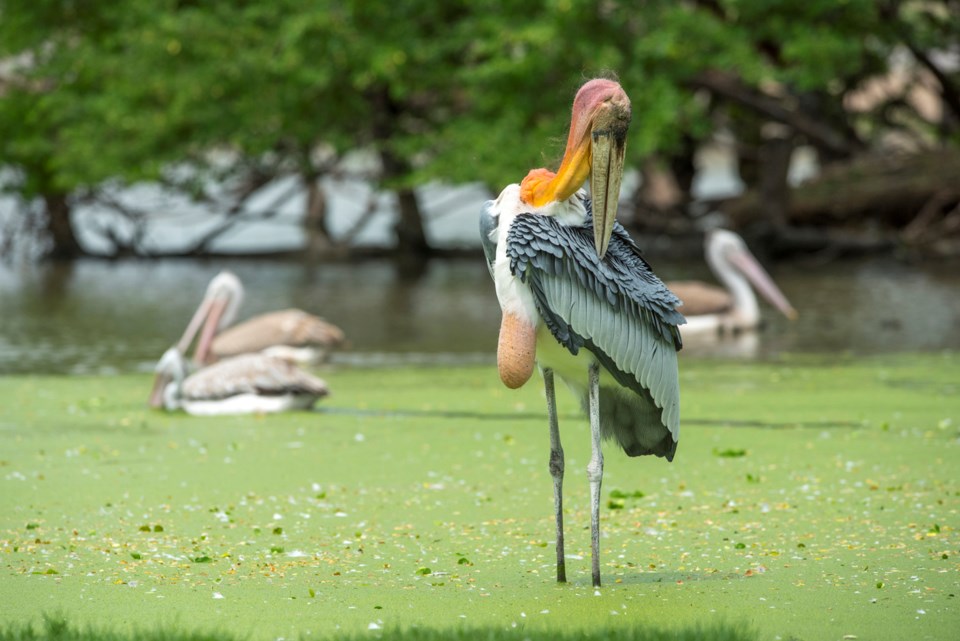 Vancouver International Bird Festival and the 27th International Ornithological Congress will include a series of special speakers. Purnima Barman will talk about her work to save the greater adjutant storks in India. Photo iStock

Vancouver is hosting the 27th International Ornithological Congress and the inaugural Vancouver International Bird Festival Aug. 19 to 26. Along with a myriad of events planned for the week-long festivities, the organizing committee has also lined up a number of special guest speakers.

Dr. Rob Butler, who is also chair of the bird festival, will kick things off Aug. 19 with his presentation Flyways to Culture: How birds give rise to a cultural awakening. It looks at how the growing interest in birds in particular and nature in general, is a foundation for a new nature culture in which nature becomes embedded into a west coast culture.

Butler, an ornithologist, has worked for the federal government and non-government organizations, and is an adjunct professor of biological sciences at Simon Fraser University. For more than 40 years he watched, listened and lived among birds in the Salish Sea. He followed birds into marshlands and along beaches of the Salish Sea and distant tropical lands. He met people of many different cultures and wrote and spoke about his discoveries.

Butler was published more than 140 works for both scientific and popular audiences.

What has emerged, festival organizers say, is a new view of nature.

Three senior representatives from the Middle East, Yossi Lesham, Alexandre Roulin and Mansour Abu Rashid, will present Birds Know No Boundaries. It's an overview of their work over the last two decades to advance projects for the conservation of bird species and their habitats, joint research and extensive educational activities.

“They’ve had Palestinian youth and Bedouin youth and Israeli youth coming together in basically conflict zones and working on bird conservation,” Bob Elner, one of the event organizers, said in a previous interview.

The work has used bird and conservation as a tool for cooperation with a focus on people-to-people activities.

Purnima Barman, the 2017 winner of the Whitley Award, also known as the Green Oscars, and the 2018 winner of Nari Shakti Purakar, the highest civilian award for women in India, will talk about her work as an advocate working with women and their communities across Indian for stork conservation.

Barman, who works with Aaranyak, a non-governmental organization, rallied the people of Assam’s Brahmaputra valley to work to restore greater adjutant storks in India. She formed a grassroots women’s group known as the Hargila Brigade to work with landowners, successfully reversing the trend of nesting storks.

Jennifer Ackerman, an American science writer and author of The Genius of Birds, explores the intelligence of birds.

Ackerman’s work looks at how birds make and use sophisticated tools, solve complex problems, navigate to places they have never been, demonstrate astonishing feats of memory, craft artistic creations, negotiate their social world and communicate in ways that resemble language.

Her book, The Genius of Birds, is an international best seller and has been published in 20 languages. It was named one of the 10 best non-fiction books of 2016 by The Wall Street Journal, Nature Book of the Year by the London Sunday Times and Best Science Book of 2016 by NPR’s Science Friday.

All of the Stars of the Bird World presentations take place in the Bird Theatre in the Vancouver Convention Centre West ballroom.

For more information, or to purchase tickets, visit reg.conexsys.com/ioc18tours.