There’s a reason Bo Horvat’s nickname is The Ox. He’s the heaviest skater on the Canucks, despite being just 6’0”. In fact, according to the NHL’s statistics, he’s the heaviest 6’0” player in the league.
Daniel Wagner Aug 16, 2017 4:19 PM

There’s a reason Bo Horvat’s nickname is The Ox. He’s the heaviest skater on the Canucks, despite being just 6’0”. In fact, according to the NHL’s statistics, he’s the heaviest 6’0” player in the league.

But it’s not just evident from the eye test; the statistics show that Horvat’s come from closer to the net than pretty much everyone else in the league.

According to Travis Yost’s latest article for TSN, Horvat has the third shortest shot distance at 5-on-5 in the NHL, behind just Andrew Shaw and Connor McDavid.

Those two names ahead of him should let you know that shot distance isn’t everything. Shaw is a good player, but his career-high is 39 points. McDavid, meanwhile, might just be the best player on the planet, leading the NHL with 100 points last season.

However he got them, Horvat’s shots came from an average distance of 21.9 feet last season at even-strength. When you include all situations, that drops to 20.7 feet. That’s about the distance from the goal line to the faceoff dots.

You can see it visually: Horvat’s heat map of shots shows them largely coming from between the faceoff dots and in, with the majority of his goals coming from right outside the crease. 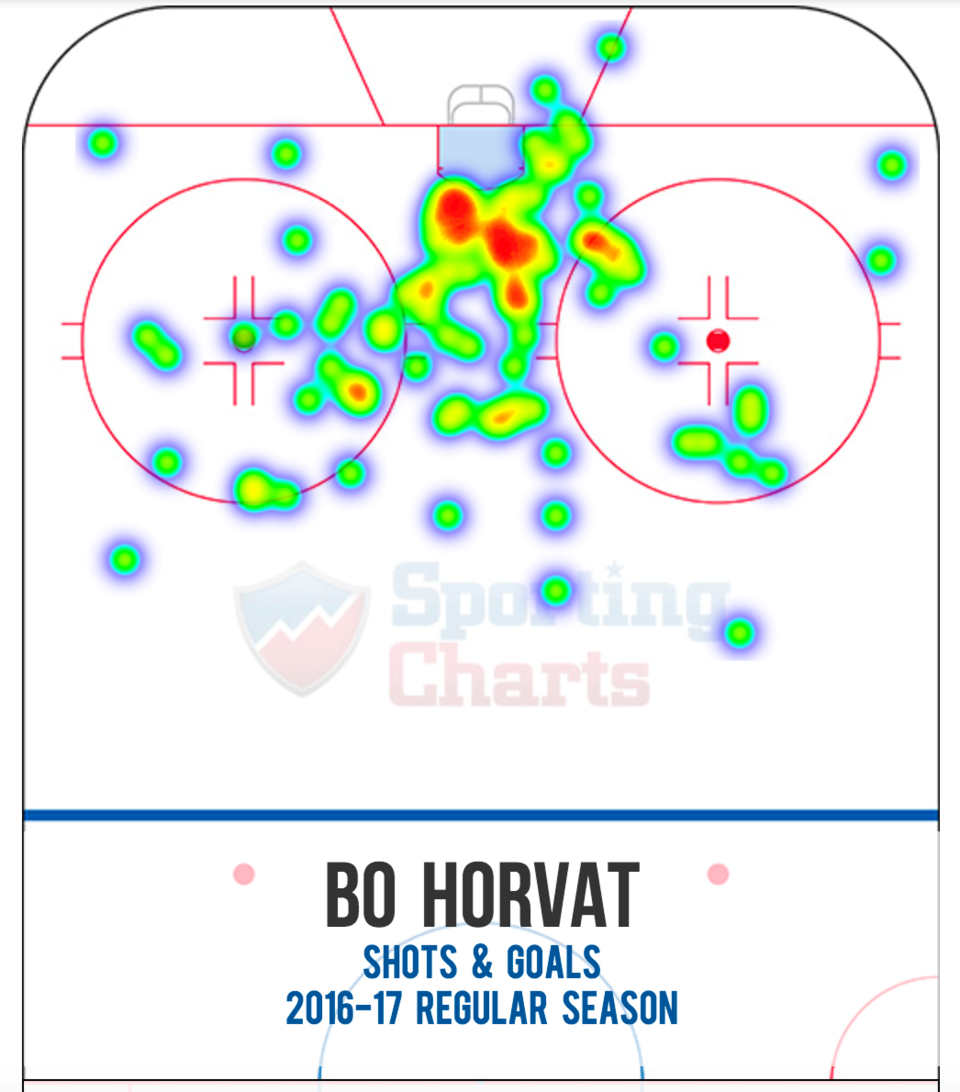 On the opposite side, the newly-acquired Sam Gagner has the 10th longest average shot distance at even-strength in the NHL. Again, this is not necessarily good or bad, but a matter of style. Gagner is not about driving to the front of the net: he’s a playmaker who looks for passing lanes to create chances for other players. 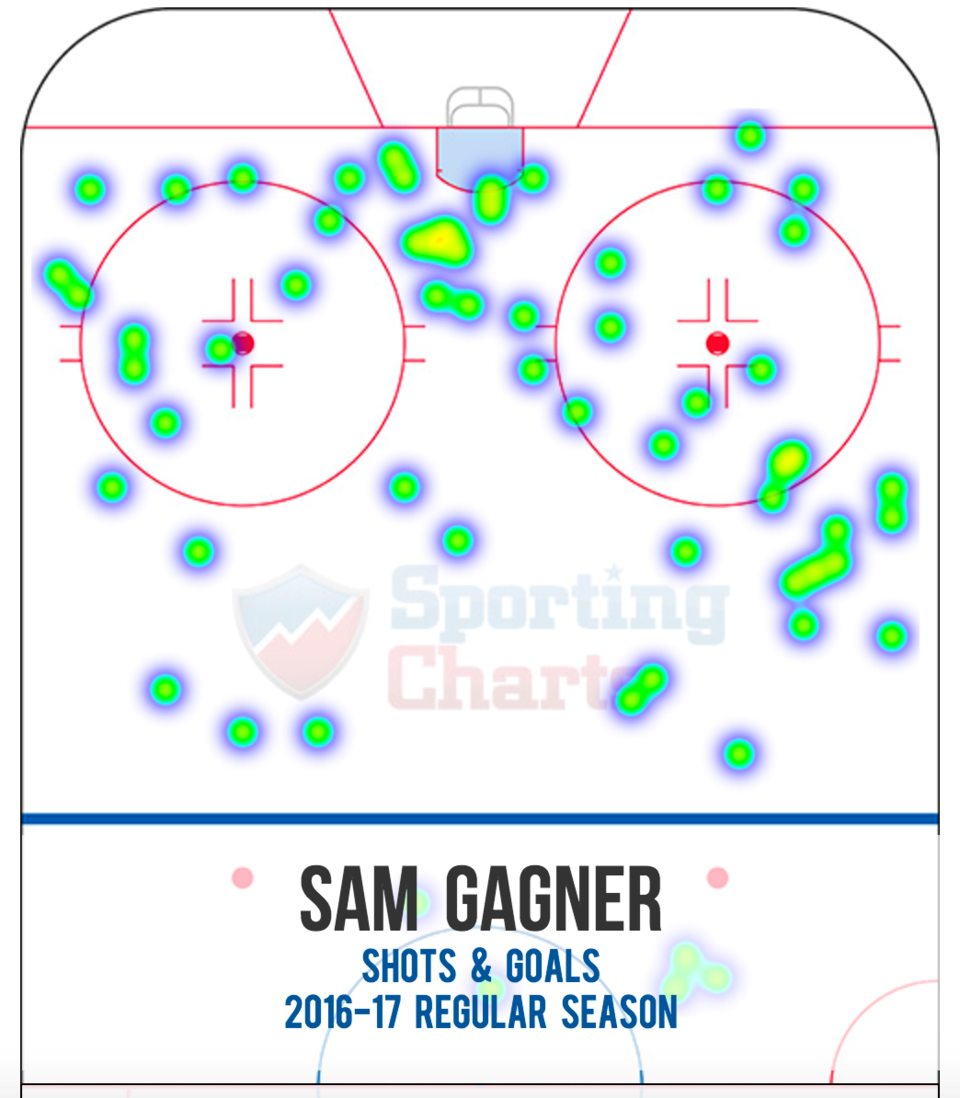 His average shot-distance at even-strength is 34.0 feet. Add in all situations and it goes up to 36.52 feet. This is interesting, as he was generally used in the high slot on the power play, around 25 feet from the net. The increase in shot distance suggests he didn’t get many shots from that position, acting more as a pivot to move the puck to other players.

Part of it is that he sometimes played at the point on the power play, taking shots from the blue line. Horvat, on the other hand, was usually used as the net-front presence on the power play.

That shot distance is one of the reasons Gagner has never scored more than 18 goals in a season. Meanwhile, Horvat’s ability to get to the most dangerous scoring area on the ice bodes well for him to outdo his 20 goals from last season.