Brandon Sutter’s balls and a culture of negativity

The Canucks have an obsession with culture. It’s why they won’t embrace a full rebuild, for fear of establishing a “losing culture.” It’s why all their messaging emphasizes their compete level ; their hard-working culture.
Apr 6, 2017 8:00 AM By: Daniel Wagner 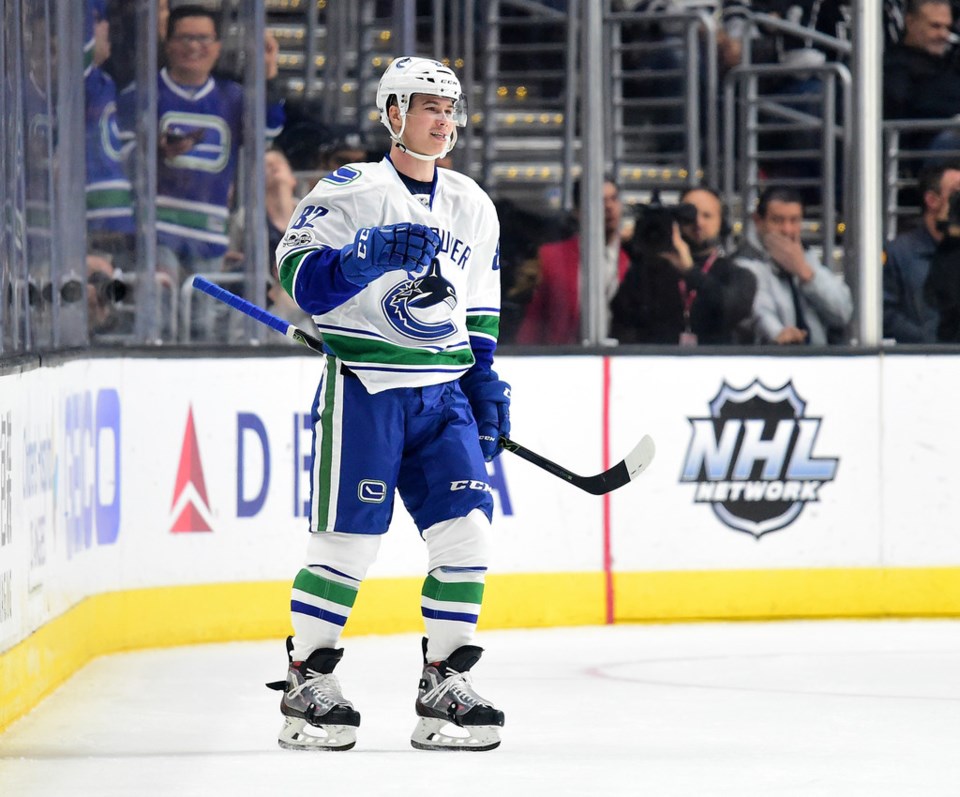 The Canucks have an obsession with culture.

It’s why they won’t embrace a full rebuild, for fear of establishing a “losing culture.” It’s why all their messaging emphasizes their compete level; their hard-working culture. It’s a culture of defensive responsibility, sticking with the structure, and earning your ice time.

It’s a culture that is starting to look toxic.

When Nikolay Goldobin joined the Canucks, there was a fair amount of anticipation in the Canucks fanbase, as the team desperately needed a young player with his offensive skillset. He immediately made an impact, scoring a highlight reel goal in his very first game.

He was promptly benched.

Presumably, it was because he blew the zone early, though watching the replay reveals little risk in his decision to jump up. It seemed like a perfect example of how to crush a player’s confidence: punishing them for something inherently positive. What was Goldobin to think?

Then, in his first opportunity to play against his former team, the San Jose Sharks, he was made a healthy scratch. Desjardins made his displeasure with the 21 year old clear, criticizing him for not working hard enough. “He’s a skilled player,” he said, “But you’ve gotta get your skill working hard.”

There are some things to unpack there — sometimes skilled players make difficult things look easy and it takes a tremendous amount of hard work to get to that point — but let's just talk about his willingness to openly criticize a young player who just recently joined his team. Desjardins’ all-stick-no-carrot approach seemed to open up the door for his veterans to chime in, with Brandon Sutter notably calling out Goldobin for his play away from the puck.

“You have to have the want to get the puck to go into the corners and the hard areas,” said Sutter. “To do that, you have to have grit and balls and he has to find that.”

There’s some subtle toxic masculinity thrown in here for good measure, as Sutter, perhaps unintentionally, questions Goldobin’s manhood. Goldobin lacks grit and balls, so he’s clearly a lesser player than Sutter, whose balls have just the right amount of grit.

This is what passes for leadership and character, apparently. Frankly, Sutter isn’t particularly effective in the corners or hard areas of the ice, frequently losing puck battles and getting hemmed in the defensive zone. Of note, Goldobin has a 32.6% corsi while playing with Sutter; he has a 50.4% corsi away from Sutter.

Desjardins’ criticism of Goldobin, who has played just 9 games for the Canucks, the bulk of those coming after a brutal illness that saw him lose 16 pounds, also turned on a green light for certain segments of the media, who have gone after Goldobin hard. TSN 1040 has been nigh-unlistenable with the way guys like Don Taylor have ripped Goldobin with very little basis.

On an appearance on Kurtenblog Radio, Paul Gackle with the San Jose Mercury News made it clear that the “tough love” approach was absolutely the wrong way to handle Goldobin, but it seems like that’s the only tool in Desjardins' belt. "You kind of have to boost him up," said Gackle. "You have to make him feel good about himself. When he’s not feeling good about himself, that’s when he really struggles."

It even got to the point that Ryan Miller felt it necessary to give Goldobin some positive feedback. At the end of practice, Miller took a knee with Goldobin at centre ice for a long chat.

“I just thought he looked good today,” said Miller, “and he looked like he needed somebody to tell him he was good.”

It’s probably a sign that your confidence has been beaten to bits when someone can tell just by looking at you that you need someone to tell you you’re good.

On Tuesday, Goldobin got back in the lineup and was put in what used to be a prime opportunity: riding shotgun with the Sedins. But where the Sedins used to prop up lesser players with their playmaking ability, it was Goldobin that seemed to revitalize the Sedins. He was one of the best players for the Canucks, putting himself in position for two great scoring chances and creating a couple more with his vision and passing.

But Desjardins couldn’t help himself, criticizing him for his inability to capitalize on those chances. It’s a classic example of moving the goalposts. Besides, if you’re going to rip players for failing to finish, the entire Canucks roster should have targets on their backs, not just one young player who has heard enough criticism as it is.

In many ways, it seems like Desjardins was resentful of having to put Goldobin on the ice with the Sedins. It really seemed like it was not his decision.

That’s just speculation, but a sign of it potentially being true was how Goldobin didn’t actually play with the Sedins for the entire game. Desjardins didn’t give him much of an opportunity to show his commitment to the defensive side of the game, replacing him with Michael Chaput for several defensive zone faceoffs.

Do they or do they not want Goldobin to develop defensively? How is he going to learn to play defence if they keep taking him off the ice when the puck is in the defensive zone? This is particularly true at this point in the season: remember, winning is meaningless right now, so there's literally zero reason to put a more "defensively responsible" player on the ice. If nothing else, you get some more clips to show Goldobin in the video room later.

You have to give players room to fail. In Goldobin’s case, he doesn’t even have room to succeed.

Look, if Desjardins really wants the fans (or management) off his back, the smartest thing he could do would be to give them what they want: play Goldobin with the Sedins in all situations. Put him on the ice for defensive zone faceoffs and let him fail. Let fans see his defensive deficiencies for themselves and make it eminently clear to Goldobin where he needs to improve.

It’s the same argument you could make for Jordan Subban. If the Canucks’ management team really and truly believes that Subban isn’t good enough defensively, the best thing they could do is show the fans exactly that. Get him in a few NHL games. Let him be exposed. Make it clear to both fans and Subban himself what he needs to do to become a legitimate NHL defenceman.

There’s another possibility: maybe Goldobin (or Subban) can handle himself in the defensive zone. Maybe with a vote of confidence from the coach and with some more experience, he develops a more well-rounded game by being put in those situations on a regular basis.

Most importantly, allow some positivity to seep in. Everything else surrounding the Canucks is negative right now: they’re 7-20-3 since the half-game they played against the Coyotes in January, they can’t score, and they’re losing games within the first minute of puck-drop. Maybe you could stand to have a nice thing to say once in a while about one of the few players who seems to have a hope in hell of actually putting the puck in the net, if only to balance out the bleakness. Because the downward spiral the Canucks are currently in seems to be exactly the type of thing that would create a losing culture.

And get Sutter to leave his gritty balls out of it.