British Columbians back use of red light cameras to catch speeders: survey 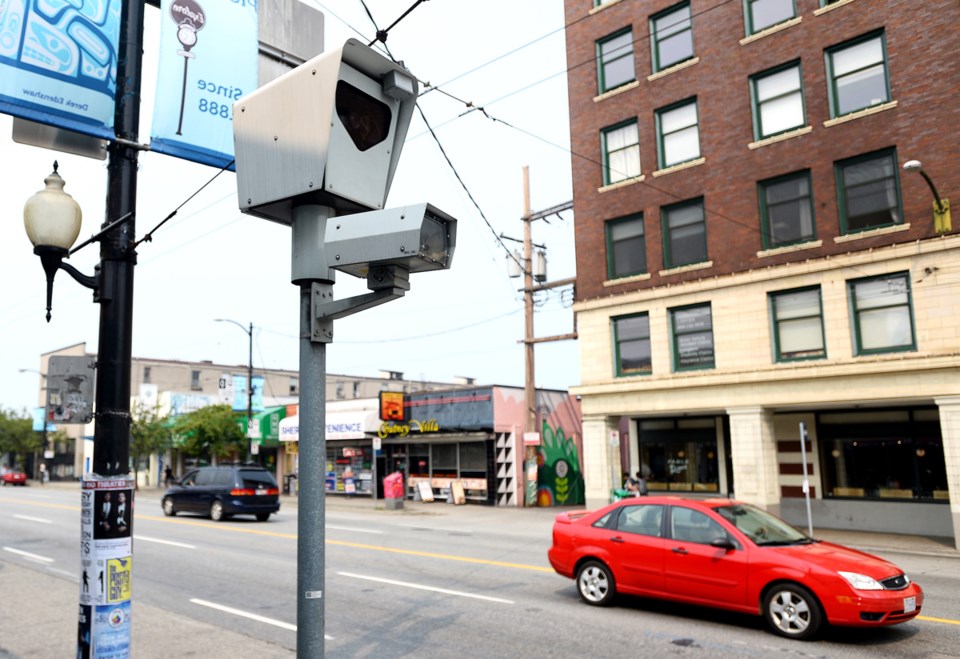 Seven out of 10 British Columbians support the use of speed-on-green intersection cameras — red light cameras that also capture images of vehicles that are speeding through intersections, a new online survey by Research Co. has revealed.

A representative sample of British Columbians’ were asked their opinions about four types of automated speed enforcement in the survey. Results were released Aug. 13.

“The one that’s more contentious is point-to-point enforcement. I think people are worried about maybe you went a little faster than usual because you were avoiding an animal on the road or something. But the level of support for using the red light cameras to catch speeders is quite high. Seven out of 10 is not something you see every day,” he told the Courier.

The red light cameras used to operate six hours a day, but in September 2017 the NDP government announced they would run at all times. While some locations began to operate at higher levels in November 2017, all locations were fully activated by the end of July 2018.

The goal is to reduce crashes and lower ICBC costs.

In March of 2018, the Ministry of Public Safety and Solicitor General announced plans to add technology at certain ISC locations to ticket the fastest drivers travelling through those intersections on red, yellow or green lights. Analysis of crash and speed data is underway to determine which locations will receive the technology. New signs will warn drivers about the “enhanced intersection enforcement,” the ministry stated in an Aug. 7 press release, which also indicated the number and locations of the speed-activated cameras will be announced in the fall of 2018.

Based on Research Co.'s survey, Canseco said it appears, as a concept, that British Columbians believe using technology to enforce speed regulations is the best course of action.

“It’s definitely a different situation than the one we had in the late 90s when photo radar was in place and the Liberals, in that election of 2001, turned it into something that had to be used against the NDP. It was one of the first things they took away when they formed government,” he said.

“But a lot of time has passed. Cars have changed, there’s definitely faster cars on the road, [there’s] technology — people who are distracted. I think it’s definitely a situation that shows the residents are not as opposed to the idea of a camera taking a picture of their license plate if they’re speeding than they probably were 20 years ago.”

The Research Co. survey was conducted Aug. 2 to Aug. 5 among 800 adults in British Columbia. The data was statistically weighted according to Canadian census figures for age, gender and region in B.C. The margin of error, which measures sample variability, is +/- 3.5 percentage points, nineteen times out of 20.