What happened: Cadillac Fairview confirmed to Business in Vancouver on Jan.
Jan 15, 2020 12:37 PM By: Glen Korstrom 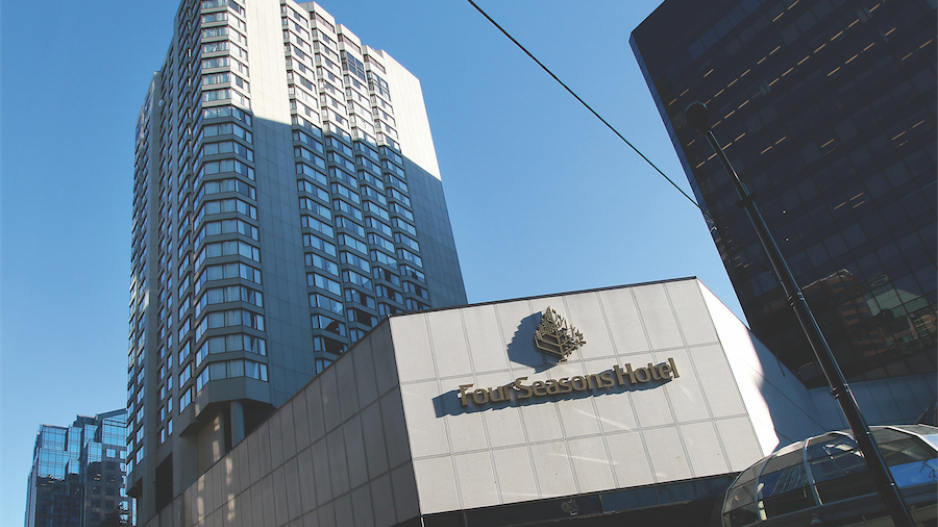 The Four Seasons Vancouver has operated in its space since the 1970s. File photo Rob Kruyt/Business in Vancouver

What happened: Cadillac Fairview confirmed to Business in Vancouver on Jan. 15 that it will replace its tenant, Vancouver’s 372-room Four Seasons hotel, with a new hotel brand once the Four Seasons closes permanently later this month after more than 40 years at its location on Howe Street near West Georgia Street.

Why this matters: Vancouver has been losing hotel properties to redevelopment for years despite already having a shortage of places for visitors to stay.

Western Canadian director Tom Knoepfel told BIV that the future hotel brand is a “world-leading, luxury lifestyle brand,” and said that his company is in talks with a few possible tenants. It is possible that Cadillac Fairview could create its own brand and run the hotel itself, but the future operator "will likely be a third party," he said.

Cadillac Fairview and the Four Seasons chain remain locked in a lawsuit launched in 2017 alleging that the Four Seasons was not keeping the hotel furnished and equipped up to the standard of a “typical first-class luxury hotel.” That lawsuit highlighted ambiguity in how hotel chains are ranked by organizations such as Forbes Travel Guide and the American Automobile Association.

Marriott Canada president Don Cleary has told BIV that he would like to bring his company's W and Ritz-Carlton brands to Vancouver.

He would also like to bring the St. Regis brand to the city but that would not be allowed because Vancouver has had an independent St. Regis hotel since 1913. Owner Rob MacDonald completely refurbished the hotel after he bought it a couple of decades ago and reduced the room count to 65 from 74 to make the rooms larger. He has dibs on the St. Regis name in this region thanks to court rulings. He then sold the rights to use the name St. Regis outside Metro Vancouver in B.C. to Marriott, he told BIV last year.

"There are extensive amount of work that would need to be done to prepare the building," he said. "We look forward to the building opening as soon as possible."

Knoepfel said the renovation and new hotel will be "transformative" for the city and for Pacific Centre. No tenants have yet been given the boot near the entrance to the shopping centre from the hotel, but Knoepfel said that it is "possible" that the entranceway will be renovated as part of the hotel renovations.

"We've had some lease expiries," he said. "The mall is ever evolving. We're bringing in new retailers."

Rumours have swirled that Apple Inc. will move its store from inside the mall to space in a future 14,000-square-foot, two-storey pavilion that Cadillac Fairview plans to build at the corner of Howe and West Georgia streets where there long has been a glass rotunda. Knoepfel would not confirm any tenants in that new facility but he said that they would be "premier" retailers.

The news that Cadillac Fairview plans to lease the Four Seasons hotel building to a new hotel tenant is good news for those in the tourism sector in the city because the city's steady loss of hotel rooms has driven up room rates, and made the city less desirable as a destination for some people.

City of Vancouver statistics show that the city in mid-2018 had 13,925 hotel rooms, or 1,105 fewer units than it did a decade ago. Those lost rooms include the 626 suites in the former Empire Landmark and Coast Plaza Stanley Park hotels, which both closed in recent years.