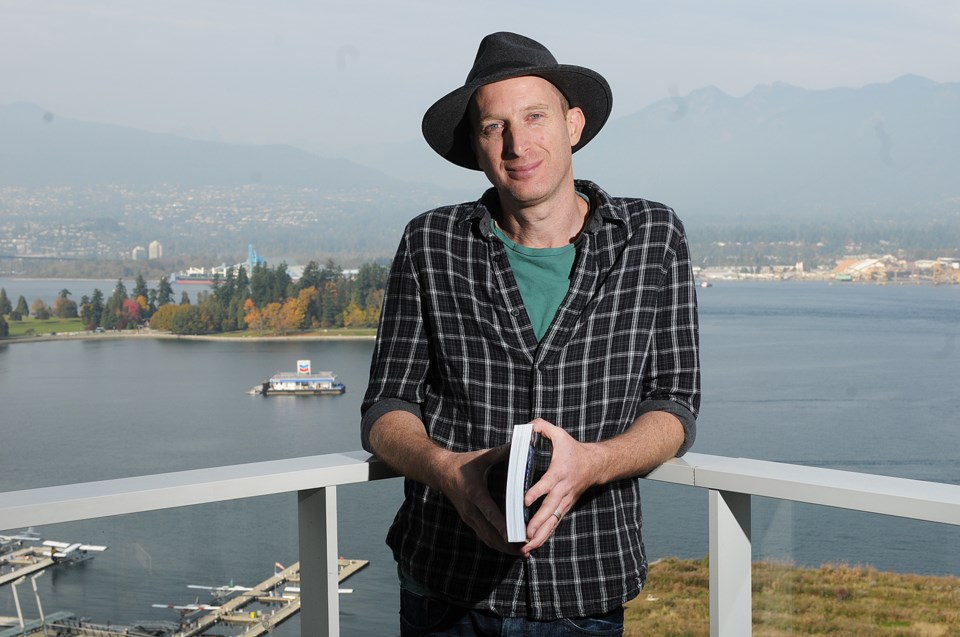 Vancouver travel writer Robin Esrock has hiked the Inca Trail, visited the Taj Mahal, drunk beer in Prague and sailed the Mekong River in Southeast Asia as part of his bucket list.

After being hit by a car while driving his scooter several years ago, Esrock booked a solo, 12-month, round-trip ticket to five continents in an attempt to visit all of the countries on that list.

“But while I was travelling, 95 per cent of the people I met had Canada as part of their bucket list,” Esrock told the Courier Tuesday afternoon at the first stop of a 17-city book tour. “That’s when I started to realize I’d looked everywhere else, but hadn’t looked at home.”

The South African-born writer said the more he travelled to exotic locations, the more he began to think about his adopted home. Esrock’s world travels were documented in print and as co-host of a TV series called World Travels for OLN and CityTV in Canada and the National Geographic and Travel channels globally.

Just over two years ago Esrock began compiling what’s now known as The Great Canadian Bucket List. He describes creating a national bucket list as an “epic responsibility,” and acknowledges in the forward of the book that he likely missed attractions and locations along the way.

Feeling it was important to add his own story to each location or attraction, Esrock set out to visit, take part in and experience everything from supporting the Saskatchewan Roughriders “Rider” Nation, taking part in RCMP boot camp exercises at the Regina depot, giving a standing ovation at the famous Stratford Shakespearian Festival, spending a night in an ice hotel in Quebec and hauling in a lobster trap on Prince Edward Island.

Esrock travelled his home province extensively — the two Vancouver attractions he highlights in the book are Wreck Beach and the sea wall. In his chapter entitled, “Letting it hang out on Wreck Beach,” Esrock writes in part. “Wreck Beach might not be everyone’s cup of chai, and not everyone deserves all the freedom that it offers. Yet here is proof that beautiful Vancouver can let its hair down and bask in the sun without burning down the house. Have fun and don’t forget to apply sunscreen. Yes, there too.”

Esrock finishes the book’s forward with this advice:  “You don’t always need a car accident to wake you up to the possibilities that surround you (although it certainly helped in my case). All you have to do is turn the page.”

Esrock has created online and social media links for each attraction listed in the book with videos, photo galleries and gear guides. To access this extra information there’s a “Start here” link at the end of each chapter. For more information, see canadianbucketlist.com.