Canucks fans are largely optimistic about the 2019-20 season; analysts and pundits disagree

Predictions from around the NHL suggest the Canucks will just miss the playoffs.
Oct 2, 2019 5:17 PM By: Daniel Wagner 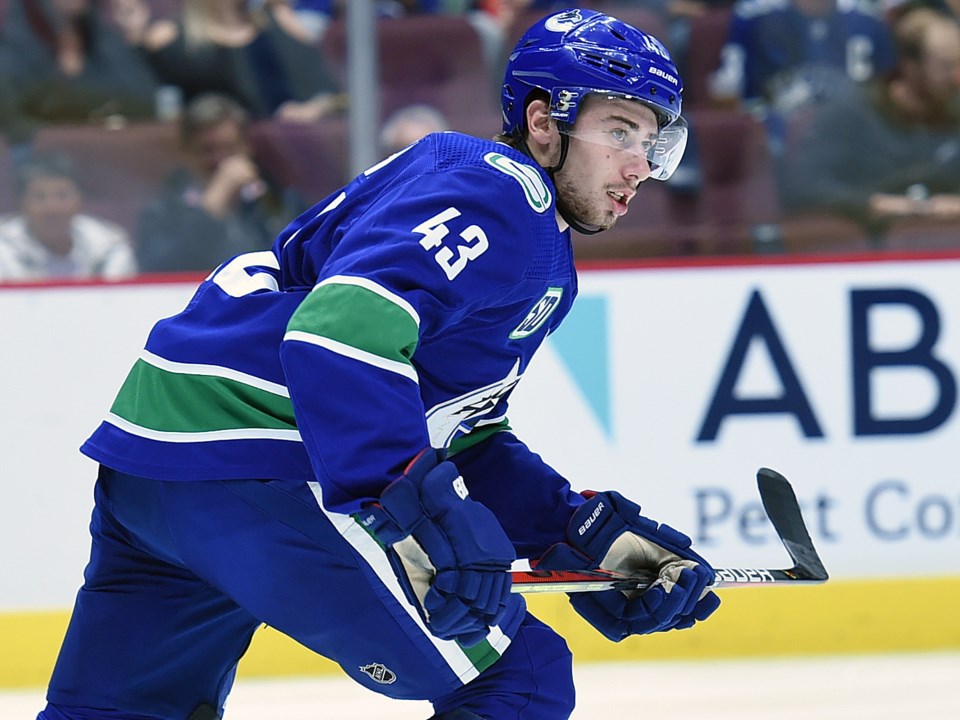 How much of a difference will Quinn Hughes make to the Canucks' playoff chances?Dan Toulgoet / Vancouver Courier

The 2019-20 Canucks season kicks off tonight in Edmonton. All of the possible futures facing the Canucks will slam into one inescapable reality game-by-game over the next several months. Before that happens, let’s take one final look at what the experts, analysts, and numbers predict for the Canucks.

Generally speaking, Canucks fans are pretty optimistic about the season to come. A poll conducted by TSN 1040 suggested 61% of Canucks fans think the team will make the playoffs. Perhaps the readers of Pass it to Bulis are a little more cynical, as a similar poll on my own Twitter resulted in just 51% that believe the Canucks will make the playoffs, but that’s still a majority. A slim majority, but a majority nonetheless.

But what do those outside of Vancouver think? The off-season is dark and full of terrors, but it’s also full of predictions. Various publications, pundits, and analytical models publish their projections for the coming season, putting their reputations on the line.

Sure, some publications just predict who they think will win each division and the Stanley Cup, but they’re cowards, and we won’t discuss them here. We’re looking for people who go all out with their predictions: who will finish where in the standings, with how many points, and what percentage of making the playoffs?

Last year, the experts undersold the Canucks a little bit, averaging a prediction of 77.8 points, a few under their actual result of 81. Still, that’s pretty close overall. Will they be as accurate this season? Canucks fans better hope not, as none of them have the Canucks making the playoffs.


USA Today’s Kevin Allen, with his “semi-scientific guess,” comes in the lowest among all the predictions, projecting 80 points for the Canucks, just a skosh lower than last season. He and his crew suggest they’re “starting to look like a team that is only a couple of moves away from being back in playoff mode,” when the team believes they already made those moves in the off-season.

Ryan Lambert at Puck Daddy is a lot higher on the Canucks than Allen, predicting 90 points and a fourth-place finish in the Pacific. That’s good enough to just miss the playoffs by one point.

EA Sports used their state-of-the-art simulation software — or, as some call it, video game — to predict the outcome of the 2019-20 season, also projecting 90 points for the Canucks, a significant improvement from last season’s 81 points. Unfortunately, that’s five points back of the final wild card spot in the Western Conference, behind the Dallas Stars.

Dr. Micah Blake McCurdy used his new prediction model, Magnus 2, to simulate the 2019-20 regular season one million times, which is 999,999 more times than EA Sports ran their simulation. His model even takes elements like fatigue into account based on a team’s schedule and how often they face a “tired” team that played the night before or are themselves the “tired” team.

In the past, McCurdy’s models have been more optimistic than other statistical models and pundits; this season, that isn’t the case. Magnus 2 predicts 88.8 points for the Canucks, which is right around the middle ground of these predictions. His model is also surprisingly optimistic about the Anaheim Ducks, which bumps the Canucks down the standings in the Pacific.

McCurdy has an extensive breakdown of both his model and his method on the HockeyViz website, which is worth reading to understand the process for these predictions.

Dom Luszczyszyn did some fantastic work previewing every team in the NHL over at The Athletic. His prediction for the Canucks hasn’t been popular among Canucks fans, as his model predicts just 84.9 points for the Canucks and a sixth-place finish in the Pacific Division.

Analytics site Money Puck is a little more optimistic, but not by much, projecting 89.1 points, though they also have the Canucks at a 43.9% chance of making the playoffs, highest among the models.

Overall, the experts have a wide range of projections, from 80 to 90.5 points. They all agree on one thing: they’re not going to finish any higher than fourth in the Pacific Division and are most likely going to miss the playoffs.

What do you think? Are the experts off-base? Will the Canucks finally get back to the playoffs?