One of the most frustrating parts of Michael DiPietro getting lit up in his first NHL start is how avoidable it was.
Feb 19, 2019 1:43 PM By: Daniel Wagner 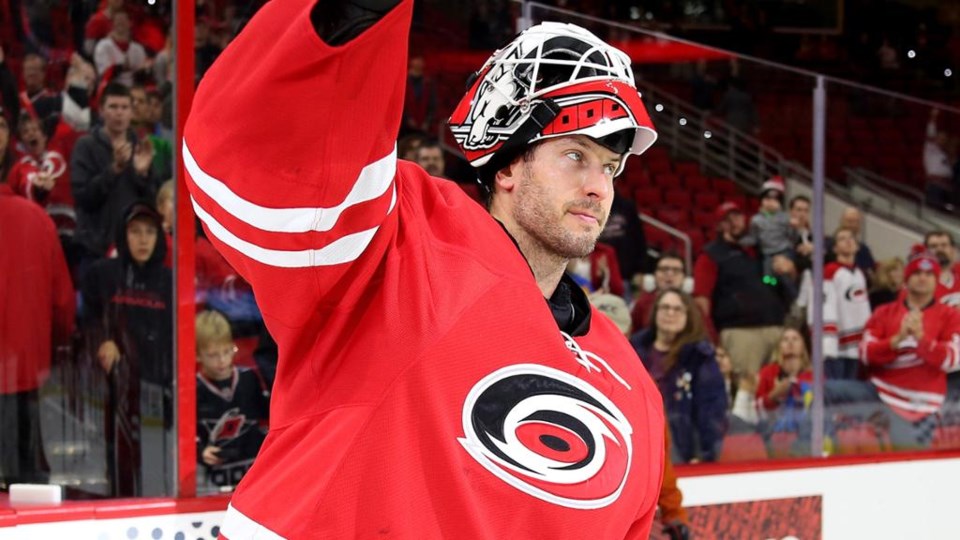 One of the most frustrating parts of Michael DiPietro getting lit up in his first NHL start is how avoidable it was. In the moment, the Canucks had no other choice — Thatcher Demko was already out with a knee sprain when Jacob Markstrom experienced what the Canucks called “lower body tightness” in the morning skate.

Leading up to that moment, however, the Canucks had plenty of time to deal with their lack of goaltending depth: six weeks after Richard Bachman suffered an achilles tear; five weeks after the Canucks traded Anders Nilsson and saw Mike McKenna get claimed off waivers by the Philadelphia Flyers; and one week after Demko got injured.

If, for some reason, that doesn’t seem like enough time, consider that it took less than a day after DiPietro’s debut for the Canucks to find a goaltender, sending a 7th-round pick to the New York Rangers for Marek Mazanec.

One of the options available to the Canucks was to sign Michael Leighton, the 37-year-old goaltender that had considered retirement before signing a Professional Tryout agreement with the Utica Comets. Leighton has had a strong seven games with the Comets, posting a .915 save percentage with a 6-1-0 record. He’s provided some stability in the crease that has been missing since Demko got called up to the Canucks, as Ivan Kulbakov has struggled as a starter.

The Canucks could have signed Leighton when Demko got injured — he had just come up with a 40-save performance against the Springfield Thunderbirds — or waited until he had proven himself a little more with his wins in back-to-back games on February 8th and 9th. In that time, they would have seen DiPietro in practice and should have been able to come to the conclusion that he wasn’t ready for NHL action and come up with an alternate plan.

Instead, the Canucks signed Leighton on Tuesday, a week after the disastrous 7-2 loss to the Sharks. It’s a one-year, two-way deal, with no word yet on the salary at either the NHL or AHL level.

Let’s be clear: there’s nothing wrong with signing Leighton, who has been a boon to the Comets and provides some depth for the Canucks in case they face another series of injuries. What’s odd is the timing, signing Leighton after already spending an asset to acquire Mazanec, and in the midst of a long break for the Canucks that seems likely to allow both Markstrom and Demko to rest up and get healthy for the stretch drive.

Markstrom has started three straight games for the Canucks since missing the match against the Sharks, while Demko is back skating and, by all accounts, should be back at practice before too long.

It’s tempting to read into this signing and think that Markstrom and/or Demko’s injuries are more severe than initially suggested, but it seems to be what it appears on the surface: Leighton is goaltending depth for the Canucks and will start in Utica.

Leighton has been placed on waivers for assignment to the Comets. Barring a claim — as the McKenna situation made clear, you can’t rule that out — Leighton will join the Comets and will remain there for the rest of the season if Markstrom and Demko remain healthy.

Ultimately, it’s good for the Canucks to have healthy goaltending depth. It’s just too bad that the Canucks couldn’t be more proactive about acquiring it before forcing DiPietro into action.