Canucks trade for J.T. Miller from the Tampa Bay Lightning 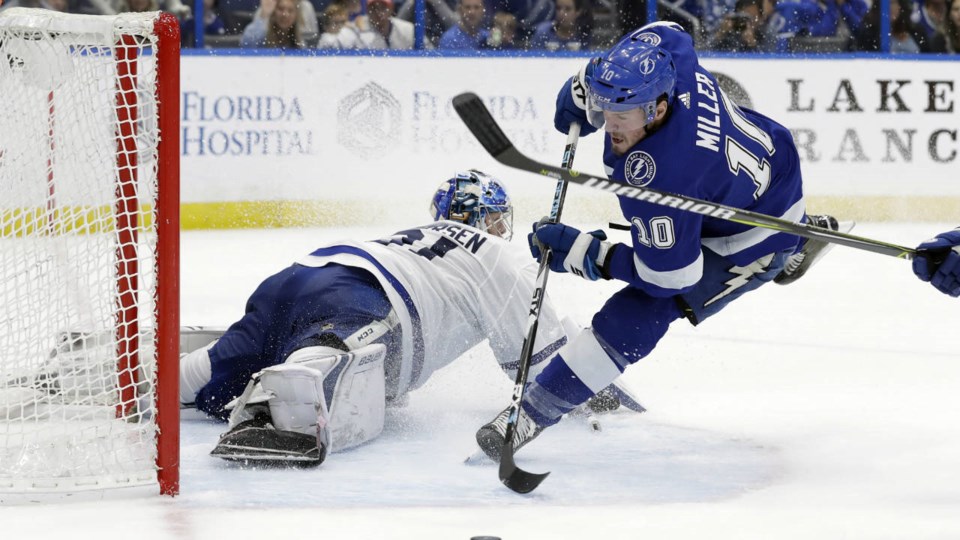 The Canucks were quiet on day one of the draft, doing nothing more than making their pick at tenth overall, selecting Vasili Podkolzin.

They weren’t as quiet on day two, swinging a significant deal to acquire a top-six forward for next season. They acquired the 26-year-old J.T. Miller from the Tampa Bay Lightning for a conditional 2020 or 2021 first-round pick, a 2019 third-round pick, and goaltender Marek Mazanec.

Miller has been a consistent point-producer in his career, averaging 40+ or 50+ points every year for the last four seasons. That’s immediate value for the Canucks, who badly need top-six wingers to play with their young centres, Elias Pettersson and Bo Horvat.

The Canucks also need insurance at the centre position, with few options to step into the top-six if Pettersson or Horvat get injured. Miller provides that as well, as he is versatile enough to step in at centre, with the playmaking ability to drive a line.

You can see that in his heat map from Hockey Viz: over the last three seasons, Miller has had a moderate impact defensively, but definitely drives offence. Another number to keep an eye on within that chart is his impact on shooting percentage: his team finishes at a well above-average rate when Miller is on the ice, because of the quality scoring chances that he generates for himself and his linemates. 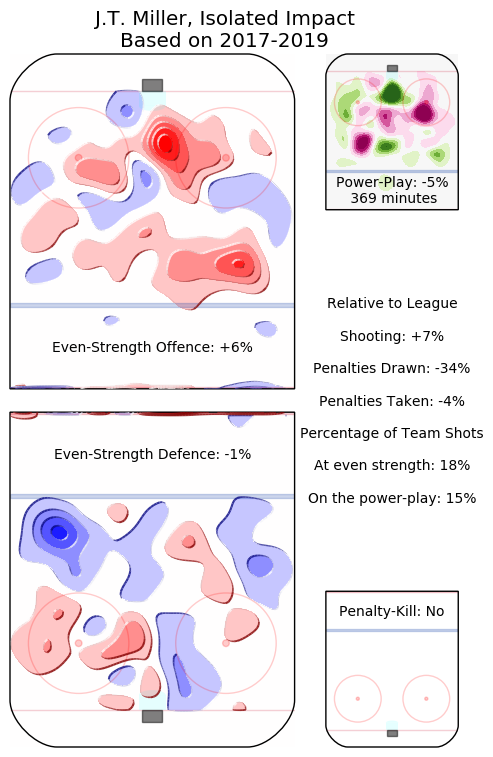 Miller drives possession up ice, an area of serious need for the Canucks. That makes him a great fit for the current lineup. You can immediately see how this trade benefits the Canucks, both now and in the future. At 26, Miller is young enough to fit immediately into the Canucks core.

Miller provides a lot of value in the neutral zone in how he transitions the puck up ice. He’s a top-tier forward at moving the puck out of the defensive zone and into the offensive zone. That’s clear in the micro-stats tracked by Corey Sznajder. 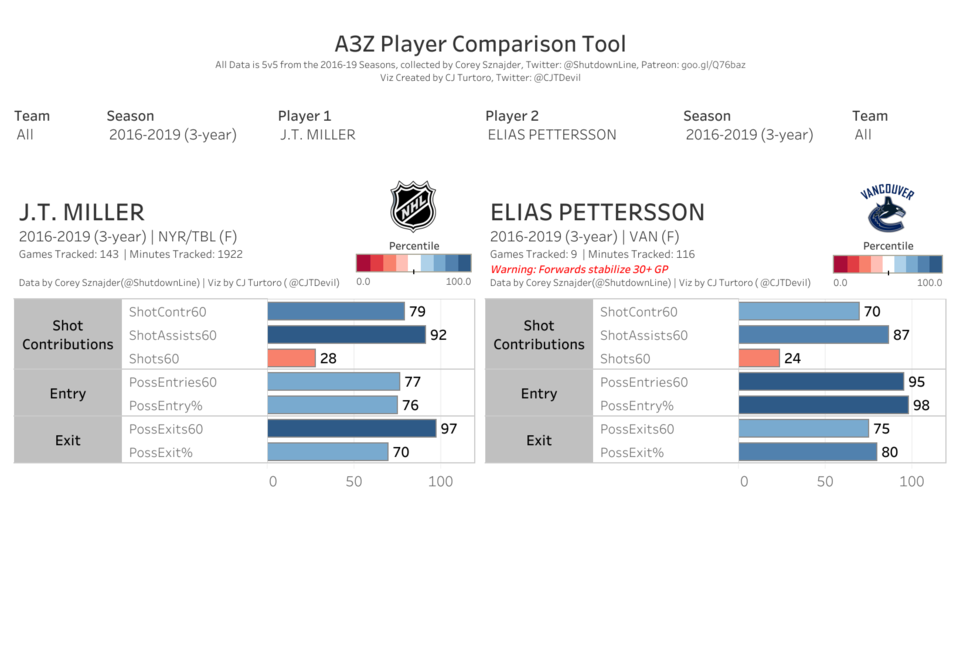 Once in the offensive zone, Miller doesn’t take a lot of shots himself, though he does have good finishing ability. He’s much more of a facilitator, setting up a ton of chances for his linemates.

For the Lightning, trading Miller provides some cap relief, as they were in a cap crunch with Brayden Point still needing a new contract. Miller has a cap hit of $5.25 million over the next four seasons, which suddenly makes him the Canuck with the longest contract, tied with Bo Horvat, at least until Brock Boeser signs his new deal.

TRADE: The Lightning have traded forward J.T. Miller to Vancouver for a conditional first-round pick in 2020, a third-round selection in 2019 and goaltender Marek Mazanec. Should the Canucks not make the playoffs in 2019-20, the first-round selection will move to the 2021 draft.

The Canucks didn’t get a discount for providing that cap relief, however, as a first and a third seems a significant price for Miller. Perhaps that’s the price you pay to acquire a top-six winger and Miller could well be worth it for years to come.

The condition on the first-round pick is key: if the Canucks fail to make the playoffs in 2019-20, the pick moves to the 2021 draft. That provides some protection for the 2020 draft, which is expected to be very strong.

The Lightning are certainly happy with the move, clearing cap space and getting a first-round pick in the process. But the Canucks can be happy to acquire a top-six winger for the present and the future.