Phase two of redevelopment project also launched, which will see construction of an adjoining three-storey pavilion that’s expected to be completed in 2021.
Jan 10, 2020 4:25 PM By: Naoibh O’Connor 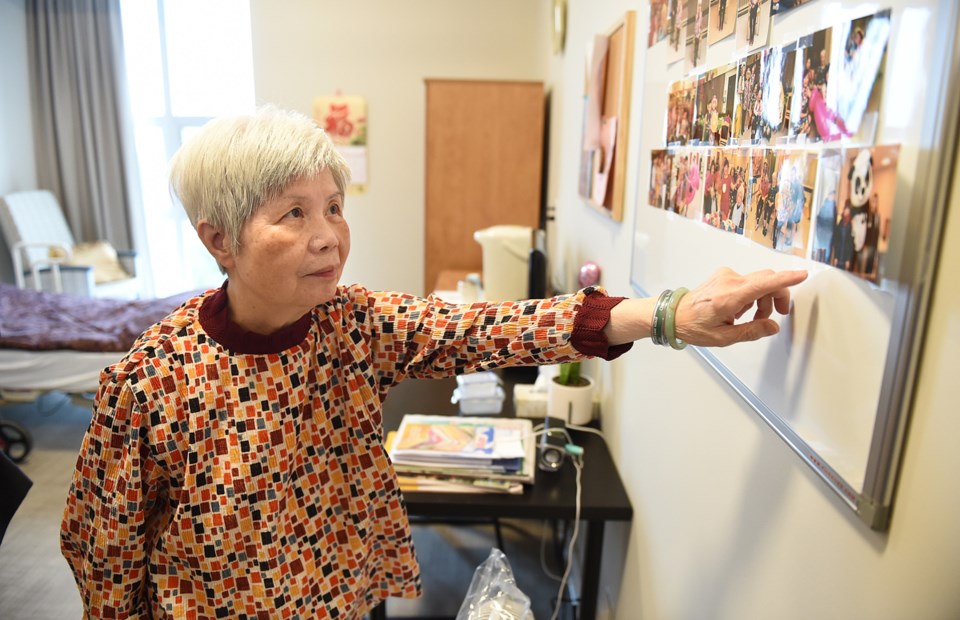 The culturally sensitive cuisine helped Doris Cheung, 75, put on 10 pounds since she moved into the long-term care home for Chinese-Canadian seniors about a year-and-a-half ago.

On this day, however, it’s not the only thing she’s savouring.

Cheung, along with a handful of residents, staff, board members, a slew of local and provincial politicians, and representatives from Vancouver Coastal Health, are celebrating the completion of the care home’s 10-storey replacement building on Union Street, which opened just before Christmas and is now home to 127 seniors. They’re also marking the launch of phase two of the redevelopment project, which will see the construction of an adjoining three-storey, 97-bed pavilion that’s expected to be finished in 2021.

The seniors’ new digs are superior to their old ones. Wide hallways and wide doors create easy access for walkers and wheelchairs, while each resident enjoys a private room and private bathroom with shower. Meals are brought up to dining rooms located on each floor so the elderly don’t need to make the time-consuming and tiring elevator trip downstairs three times a day to eat.

“Memory boxes” at the entrance of each room hold treasures that add a personal touch to spaces. Activities at the home include Mahjong, arts and crafts, religious services and celebrations of cultural festivals.

Residents' average age is 88, while 50 per cent are more than 90 years old. Six residents are over 100, with the oldest being 105. Average lengths of stay are a little under five years. Many of the residents are totally dependent and half have mild to severe dementia.

Since the care home opened its doors in 1978, thanks to the efforts of a group of Chinese business people, it’s served more than 1,600 seniors. The redevelopment has been years in the making.

The late architect Joe Wai and his firm JYW Architecture designed the $72.9-million project. BC Housing kicked in up to $52 million, Cathay Care Home Society contributed $11.2 million in land equity and $5.7 million of its capital reserves, while it’s also fundraising $5 million.

Minister of Health Adrian Dix called the 10-storey building “spectacular” and described the start of construction on phase two a “major step forward.”

“The Villa Cathay, the new and enhanced facility, will make sure seniors are treated with dignity and respect for their cultural needs,” he said.

Sarah Jordan, director of residential care for VCH, called attention to the improved living conditions in the new facility.

“Villa Cafe is a home where people receive compassionate, professional care, a home that promotes wellness, a home where people have single rooms [and] private washrooms that provide a sense of autonomy and enhanced privacy, while decreasing agitation in residents with dementia,” she said.

“There are many building enhancements that greatly improve our ability to provide person-centred care," she said. "We are also able to meet the holistic needs of residents. The new building allows residents to experience a much higher degree of comfort and privacy.”

The project is part of a larger 10-year rejuvenation strategy for long-term care across Vancouver Coastal Health.