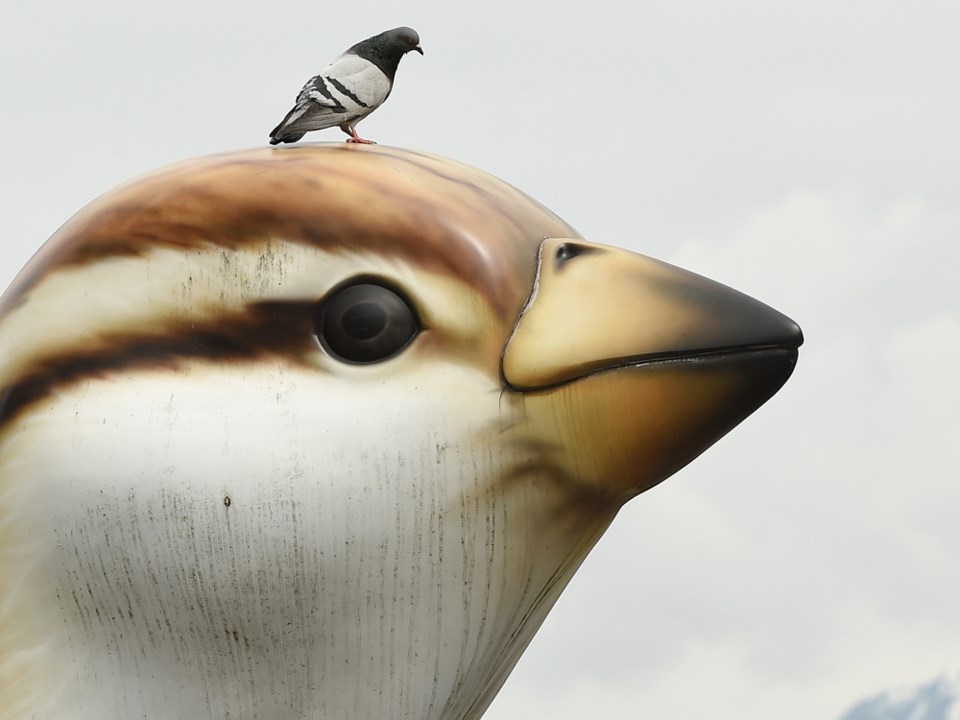 Vancouver is going to the birds this summer.

The city plays host to two bird-centric events this August — the 27th International Ornithological Congress, which takes place every four years and attracts ornithologists (bird scientists) from around the world, and the inaugural Vancouver International Bird Festival.

The congress is considered the oldest and most prestigious meeting for bird scientists. The first one took place in Vienna, Austria in 1884. Canada has only hosted the congress once before, in Ottawa in 1986. This year not only marks the event’s return to Canadian soil but also the first time the meeting has been held on the Pacific coast.

Vancouver was awarded the 2018 congress in 2014 and preparations have been underway ever since.

Bob Elner, one of the event organizers, said the decision was made to make the Vancouver congress a little more interesting with events for the general public as well as delegates — and the Vancouver International Bird Festival was born.

“The congress will never come here again but we’re hoping the festival will become an annual event,” Elner said. “That’s hugely important to us because we can see this great legacy of what’s becoming of birds but also leaving this proverbial egg.”

All things bird related will take flight with an opening parade Aug. 20.

“No one should miss it,” Elner said. “We’ve got over a 100 children in bird costumes, they’re on stilts and they’re basically parading from the Coal Harbour community centre along the seawall to Jack Poole Plaza.”

The festival includes at Bird Expo Aug. 22 to 25 at the Vancouver Convention Centre.

“In that expo we have virtually every element of birds, connection to birds, that you can think of from ancient coins to stamps to travel to binoculars to cameras, you name it,” Elner said. “So it’s really just a great way for the public to come in and really spend a great afternoon listening to lectures, looking at product and the message being that through birds we can get back into nature.

“Every day is completely different.”

Along with lectures, the expo will include a number of special events.

There are also a number of public presentations planned, including:

Birds for Peace – A team started by an Israeli ornithologist working for the country’s air force. For the past 20 years he’s been working with a Palestinian ornithologist through the auspices of a Jordanian general and a French scientist. “They’ve had Palestinian youth and Bedouin youth and Israeli youth coming together in basically conflict zones and working on bird conservation,” Elner said.

Purnima Barman – The 2017 winner of the Whitley Award, also known as the Green Oscars, and the 2018 winner of Nari Shakti Purakar, the highest civilian award for women in India, Barman is an advocate working with women and their communities across Indian for stork conservation.

Jennifer Ackerman – an American science writer and author of The Genius of Birds, which looks at how the brains of birds are different, and more powerful, than the human brain. “You know, we have [the term] ‘bird brain’ as an insult but in fact their brains are markedly more sophisticated than the human brain,” Elner said.

Another highlight of the week is the bird tours.

Tours of significant bird areas in the host city and country are a usual feature of the International Ornithological Congress but organizers in Vancouver decided to open the tours up to the public.

Over 50 tours are planned — from day trips in and around the Lower Mainland to multi-day excursions to Haida Gwaii, the Okanagan and Vancouver Island.

“We got provincial funding and we’re now working with the Indigenous Tourism Association of B.C. to create as a legacy bird tours as a way for people coming to Vancouver to enjoy themselves and get into nature and also create a local industry and business around birds,” Elner said.

“The public can sign up now, we really encourage them to come on these tours with the ornithologists.”

For more on the International Ornithological Congress 2018 and the bird tours visit, iocongress2018.com.