Chester, a plucky false killer whale that was transferred into the care of the Vancouver Aquarium after a stranding on a beach in Tofino in 2014, has died.
Nov 24, 2017 12:52 PM By: Staff 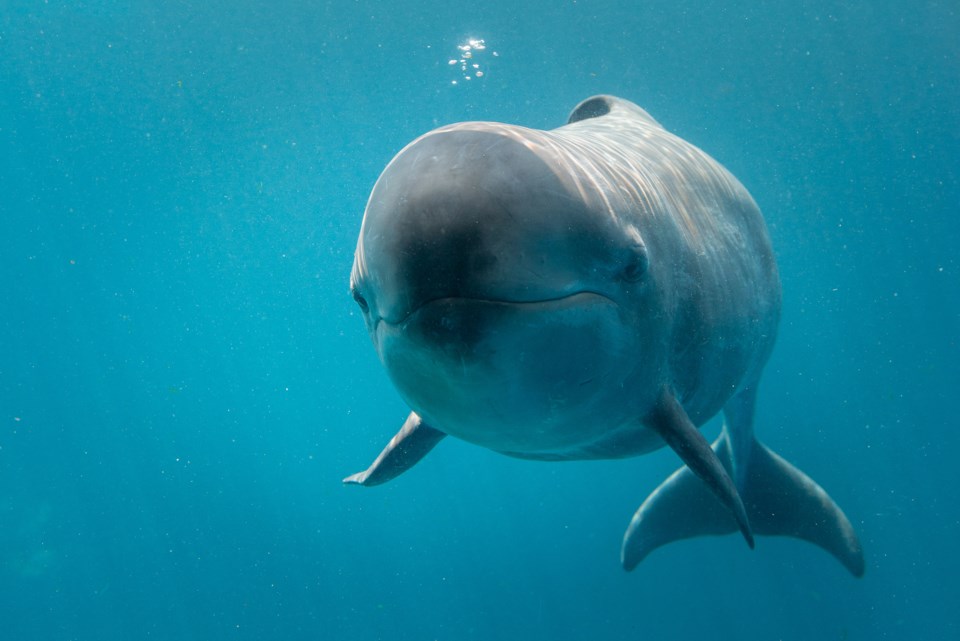 Chester was a dependent calf estimated to be about a month old when he was found on Chesterman Beach.

Chester, a plucky false killer whale that was transferred into the care of the Vancouver Aquarium after a stranding on a beach in Tofino in 2014, has died.

The Vancouver Aquarium issued a statement Friday afternoon saying it was “devastated” by the death, stating that the “health-challenged” three-and-a-half-year-old mammal had passed away in their care early Friday morning. This, the release said, despite regular health checks that saw the animal behaving as usual earlier this week.

“It is devastating to have to announce [Chester’s] passing early Friday morning,” said the statement. “His health was compromised when he stranded on the beach and he continued to be a health-challenged animal.

“Regular health checks and assessments are part of the care for every animal at the Aquarium; Chester was looking well earlier this week, in his usual good spirits and responding well during his enrichment and training sessions. By Wednesday afternoon however, his behaviour changed.

"Despite overnight intensive care on Wednesday and Thursday, he passed away early Friday morning.”

A cause of death has not been released, but a post-mortem exam will be conducted today in which head veterinarian Dr. Martin Haulena said he hopes to learn more. “We know that stranded animals, possibly because of injuries sustained during stranding, do have incidences of renal failure later on. That is something we'll be looking at during the necropsy.”

Chester was described as a dependent calf estimated to be about a month old when he was found on Chesterman Beach, in extremely poor condition with several lacerations and wounds along his body. He was transferred to the Rescue Centre where, according to the aquarium, he received more than 10,000 hours of veterinary treatment, rehabilitation and care, and became the first false killer whale calf to survive stranding in Canada.

Because of his young age when he was found, said the statement, Chester’s lack of life skills for foraging and self-defense would have put him at a disadvantage in the wild. In May of 2015, Fisheries and Oceans Canada deemed him non-releasable and asked the Vancouver Aquarium to provide a long-term home for him.

“Spending these past three and half years with Chester has had a profound impact on the entire Vancouver Aquarium family, from employees and volunteers, to our members and visitors,” said Brian Sheehan, Vancouver Aquarium curator of marine mammals, in the release. “Chester connected with more than four million people during his time with us, sharing his joy and curiosity with every person he encountered. We’ve been incredibly lucky to love him and to learn from him.”

Very little is known about false killer whales (Pseudorca crassidens), which, despite their name, are actually part of the dolphin family. Threats to false killer whales include bycatch, underwater noise and disturbance, as well as environmental contamination in their food chain.

With so little known about his species, the aquarium says that Chester’s rehabilitation and care provided learning and research opportunities with regards to vocalization and echolocation studies, and assessment of his lung function via respirometry.

“Although he had less than a 10 per cent chance of making it, the little calf would not only live through his transport back to the Vancouver Aquarium Marine Mammal Rescue Centre, but he would go on to become a beloved member of the Aquarium family: affectionate, cheeky, and full of fun,” the statement said. 'He will be missed by all."