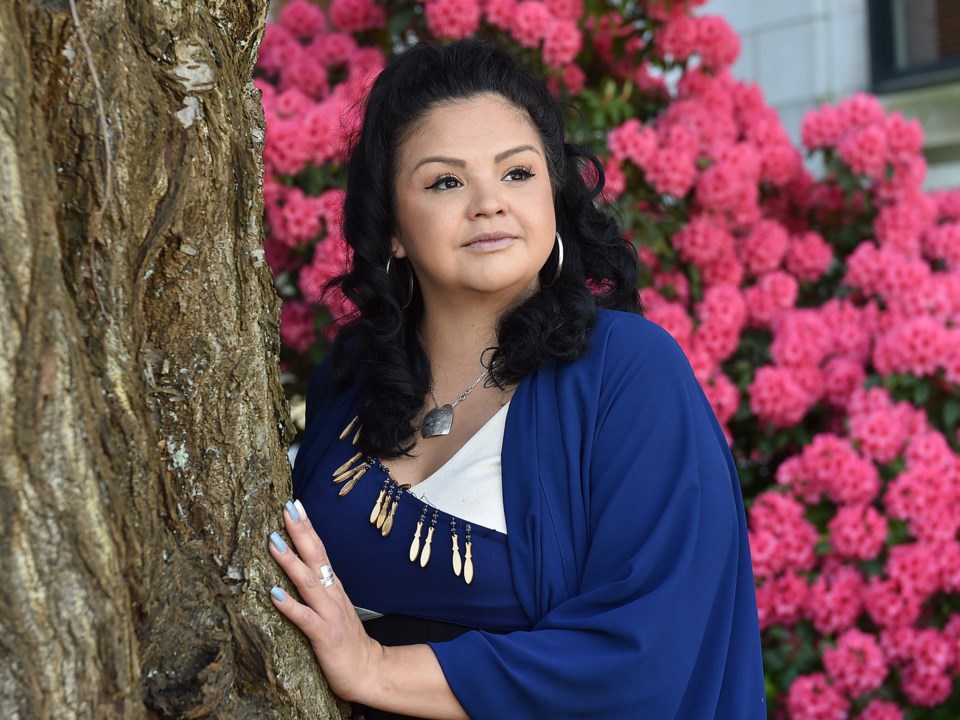 Christie Charles was welcomed as the city’s fifth poet laureate in a brief ceremony Tuesday at city hall.Dan Toulgoet

Christie Lee Charles is many things to many people.

First and foremost, she is a caretaker and an instructor. Her roots are from the sky and the sea.

Charles is also a warrior whose previous life was filled with a duty to pass on knowledge considered sacrilege at the time.

In the here and now, Charles is once again tasked with communicating across cultures as Vancouver’s first Indigenous poet laureate.

Charles was welcomed as the city’s fifth poet laureate in a brief ceremony Tuesday at city hall, as dignitaries from the city, park and school boards and the Musqueam First Nation welcomed Charles to her new post.

“The way we tell our stories and share our words is a way that we can connect our experiences as First Nations people of the land through stories and poems and songs,” she said. “That’s what we’ve been doing since time immemorial, for thousands and thousands of years.”

Charles is a member of the Musqueam Nation, and has family ties to both the Squamish and Tsleil-Waututh First Nations as well. She fills the laureate post until 2020 and will be tasked with bringing ancient stories spanning those cultures to life through poetry, music, storytelling and other avenues.

She read two poems Tuesday, one written by her late father Henry Charles and another of her own, which blended First Nations dialects with English and the cadence and delivery of hip hop.

“This is our way. My heart is the Earth and the Earth is my heart,” she read. “We sit and listen to all the little birds, the crickets, the frogs, the owls. They tell us when the time is right.”

Fellow Musqueam First nation member Jim Kew welcomed Charles to the new post Tuesday and spoke to the kinship between Charles and himself, and the kinship that links all who live on Musqueam land. He explained how Musqueam traditions adhere to the idea of reincarnation, and how Charles’s previous spirit inhabited his aunt.

The selection panel included a handful of Vancouver’s previous poet laureate’s, including outgoing laureate Rachel Rose, and cultural philanthropist Dr. Yosef Wosk, who created an endowment fund to create the laureate position. Other past laureates include Evelyn Lau, Brad Cran and George McWhirter.

Arguably Charles’ biggest job will be a legacy project she creates over her two-year tenure, which will translate submitted writings from the Musqueam language into a compilation for future generations.

“I’m so honoured to follow in the footstep of my ancestors, to walk alongside my people and to share these beautiful stories,” she said.