Cinema for the senses

Picture this: you’re in a darkened theatre, watching the classic 1980 golf comedy Caddyshack . It’s the famous pool cleaning scene, where a hazmat suit-clad Bill Murray bites into what is thought to be a pool-contaminating log of – ahem - “doodie”.
May 19, 2015 10:13 AM By: Grant Lawrence 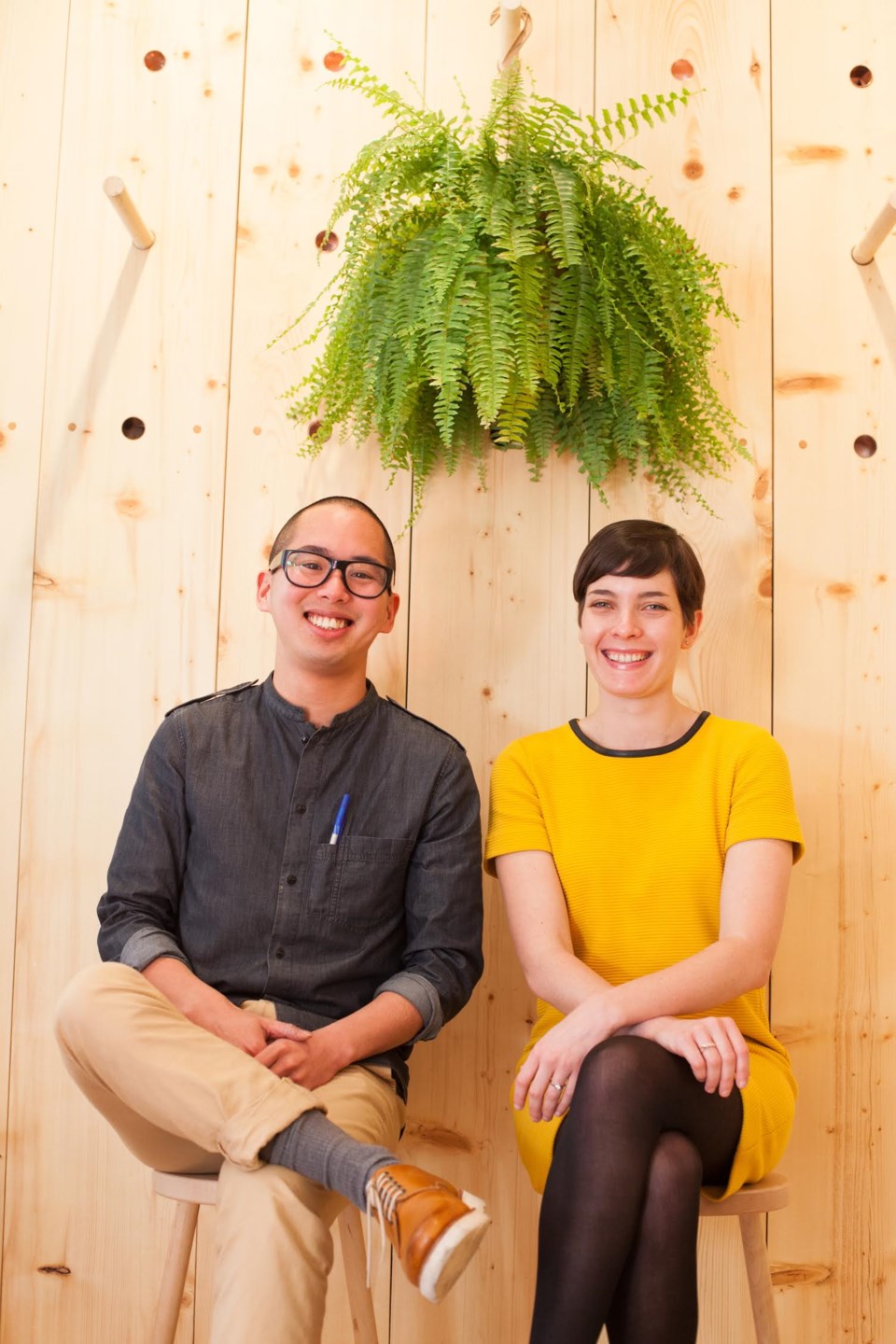 Picture this: you’re in a darkened theatre, watching the classic 1980 golf comedy Caddyshack. It’s the famous pool cleaning scene, where a hazmat suit-clad Bill Murray bites into what is thought to be a pool-contaminating log of –ahem- “doodie”. But (spoiler alert) it turns out to be nothing but a delicious Baby Ruth chocolate bar. Imagine that at the very moment Bill Murray chomps on the bar, someone in chef whites hands you a piece of a homemade, artisan milk chocolate with peanuts and nougat for you yourself to bite into.

That’s exactly the type of sensualist synchronicity the organizers of the roving Vancouver event Sensory Cinema are trying to create for film and food lovers. The concept for Sensory Cinema was hatched by Lizzy Karp, founder and co-creator of Rain City Chronicles, the long running live storytelling night, and by Ken Tsui, the event planner from the Chinatown Night Market. The pair came together to form Here There, an events company whose primary focus is creating memorable live experiences within the City of Vancouver. One of their first ideas was to show classic movies paired with creative uses of food, but not be too obvious about it.

The first Sensory Cinema was held back in January, featuring the Wes Anderson film, The Fantastic Mr. Fox. The quirky flick was paired with gourmet grub from local upscale vegetarian restaurant The Acorn, and was held at Groundswell, a “social enterprise café” in Chinatown. With both an early and late show, Sensory Cinema was a sold-out hit, and Ken and Lizzy quickly realized their audience had an insatiable appetite for their concept.

I was lucky enough to be in attendance at the second Sensory Cinema, held in March at the Union Wood Company workshop in East Vancouver. About 100 attendees and I gathered in various chairs and benches amidst the fresh smell of sawdust to take in the Cohen Brothers classic, The Big Lebowski. Local Italian eatery Campagnolo served up the bites throughout the movie, perfectly timed to scenes. When The Dude hits an In-N-Out Burger, we were served a delicious slider. When Flea makes his cameo, we were served a sausage garnished with red hot chili peppers. You get the idea. It was a complete blast, and both screenings were once again sold out.

The latest Sensory Cinema, a screening of Amelie paired with snacks from Beaucoup Bakery, was held this past Friday, and sold out in less than 24 hours. Despite the popularity, the organizers have no plans to expand Sensory Cinema to larger venues, explaining that it’s important to keep the attendance under control to maintain food quality and their oh-so-specific delivery.

So how do you get tickets to their next foodie film experience, scheduled to take place in July? There’s only one way: sign up for the newsletter at heretherestudio.com. Once you get the alert, move fast. Tickets are $38, which includes food. As an added bonus, there’s a cash bar, because really, The Big Lebowski is so much better with a White Russian.

No word on what the next movie will be, but needless to say, my Sensory Cinema vote is for Caddyshack.