Paul Wong brings past and present together with Occupying Chinatown
Apr 13, 2018 11:04 AM By: Courier Staff 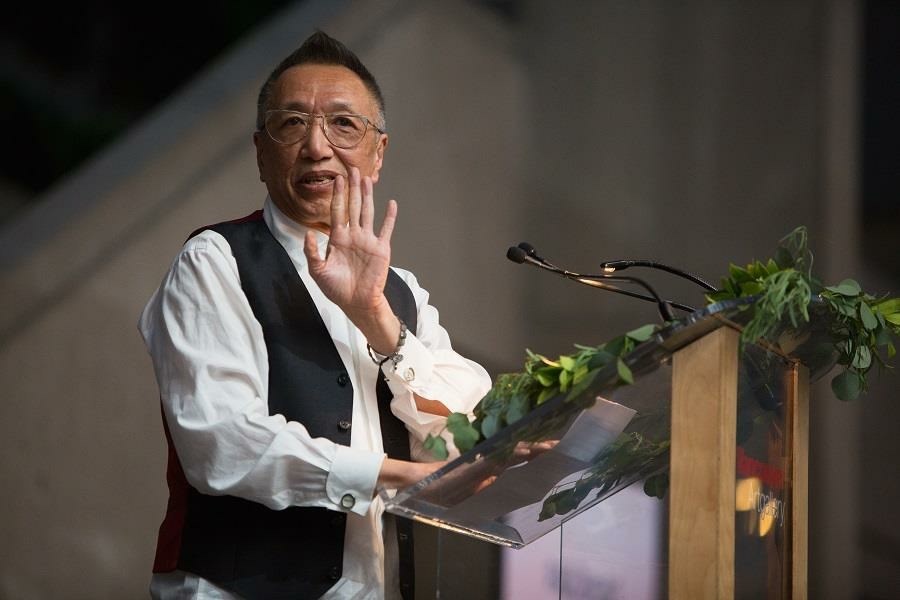 Vancouver artist Paul Wong will bring past and present together as he launches a year-long residency, Occupying Chinatown, at the Dr. Sun Yat-sen Classical Chinese Garden on April 22 in conjunction with the city’s formal apology for the historical discrimination against Chinese residents in Vancouver.

Vancouver artist Paul Wong will bring past and present together as he launches a year-long residency, Occupying Chinatown, at the Dr. Sun Yat-sen Classical Chinese Garden.

The project starts April 22 to coincide with the City of Vancouver’s formal apology for the historical discrimination against Chinese residents in Vancouver.

Over the year-long residency, Wong will be creating a series of multidisciplinary artworks based on 700 letters in Chinese. The letters were sent by 90 writers to his mother, Suk-Fong Wong, between 1946 and 2016. Wong’s residency will include exhibitions, screenings, collaborations with other artists, workshops, performances, events a website and a book.

The first featured work will be the screening of Wong’s video, Ordinary Shadows, Chinese Shade. The 1988 film, which is in Chinese with English subtitles, explores Wong’s second-generation Chinese-Canadian perspective on the Chinese here in Canada and in China.

The video will be screened in the Scholar’s Study within the garden, and will also be available to view online, from April 22 until June 11.

The video will be open to the public for free viewing during Chinatown Culture Day on April 22. Wong will also be available to discuss the concepts behind his residency at the Occupying Chinatown Studio at BC Artscape — 268 Keefer St., Suite 427 — from 3:30 p.m. until 5 p.m.

Later this spring, the artist will create a new neon work called Haam Sui Fow Wun Goh Wah. The neon sign will be mounted on the garden’s exterior wall to the south above the Moon Gate. It will demarcate and acknowledge Chinatown’s Toisanese pioneers. In Chinese the sign reads as Saltwater City (Haam Sui Fow) and Vancouver (Wun Goh Wah).

Wong has been creating daring work for more than 40 years, producing large-scale interdisciplinary artworks in unexpected public spaces since the 1970s. Many of his works are bilingual, and trilingual, meshing English, Cantonese and Mandarin.