City of Vancouver no longer accepts cash payments of more than $10,000 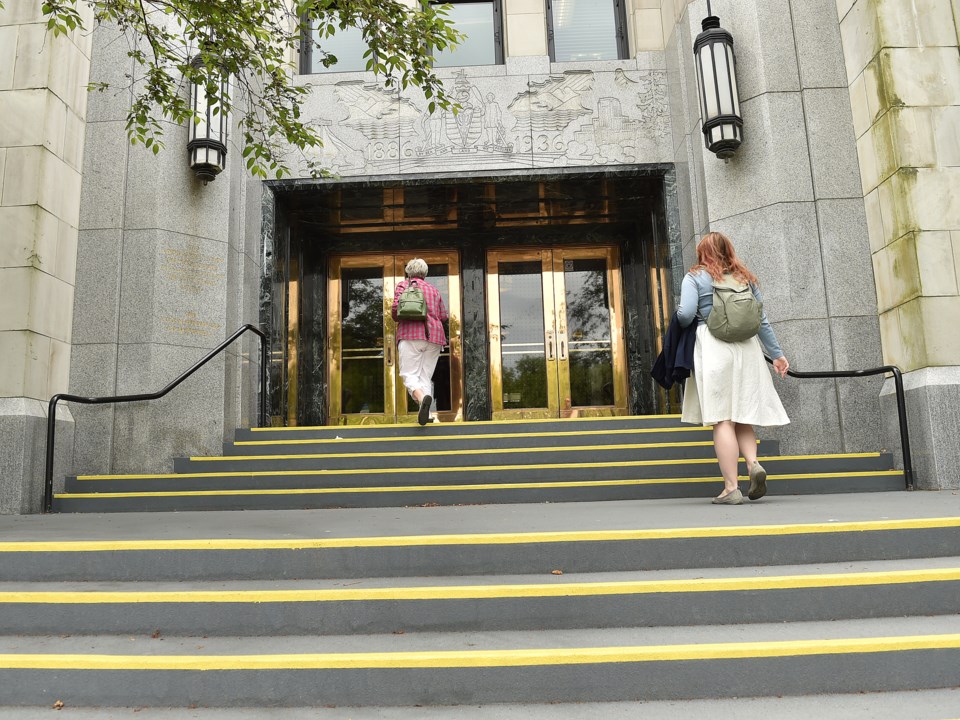 The City of Vancouver announced Thursday that it will no longer accept cash payments of more than $10,000 from people paying bills in an effort to prevent or deter potential money laundering that two city councillors suggested this week could be occurring at city hall. Photo Dan Toulgoet

The City of Vancouver announced Thursday it will no longer accept cash payments of more than $10,000 from people paying bills in an effort to prevent or deter potential money laundering that two city councillors suggested this week could be occurring at city hall.

In a news release, the city said $10,000 is the limit that aligns with the Financial Transactions and Reports Analysis Centre (FINTRAC) reporting requirements for identifying and tracking money laundering.

The city decided not to implement an all-out ban on cash payments because residents would need fair warning, according to an email from Melanie Kerr, the city’s director of financial services, who was not available for an interview.

“We’ll be looking at that as part of the [city] council direction to review our processes and methods of payment accepted by the city,” Kerr said in the email. “There is a much larger number of smaller value cash transactions between the public and the city. So if we were to implement a total ban on cash payments, we would need to provide some notice and have a transition plan in place prior to announcing that.”

Kerr said the city received 19 cash payments last year exceeding $10,000. She didn’t say what the payments were related to, although the city collected $13 million in cash last year for services such as parking permits, bylaw fines, business licences, municipal taxes and taxes collected on behalf of other authorities.

Kerr said the city received eight cash payments last year for the empty homes tax, totalling $32,000. But, she added, none exceeded $10,000. She said the average cash payment for property tax is $1,700.

The move to implement the $10,000 threshold comes despite the fact municipalities are not required to report large cash transactions to FINTRAC, which is Canada’s financial intelligence unit. Vancouver police told the Courier Wednesday they had not received any reports over the last five years from the city regarding suspicious transactions at city hall.

Councillors Melissa De Genova and Adriane Carr said in the council chamber Tuesday — and provided more detail to the Courier Wednesday — that they knew of four incidents at city hall involving people carrying large sums of cash into city hall in suitcases and reusable shopping bags.

In three of the cases, the money was purported to be used to pay taxes, according to the councillors.

“I’m not saying that all cash that comes in to the City of Vancouver is laundered, is the proceeds of crime,” De Genova said. “However, I think we can definitely deter and prevent that, or limit that by at least having some types of checks and balances.”

Kerr said in a separate email earlier this week "there has definitely not been anyone bringing money to city hall in a suitcase."

Council unanimously approved Tuesday a series of recommendations to prevent and deter potential money laundering at the city and in local businesses, including authorize staff to take any necessary security measures in the interest of public safety and to consult with police in a review of the “process and methods of payment accepted by the City of Vancouver.”

City staff is expected to give council a progress report before the end of the year.