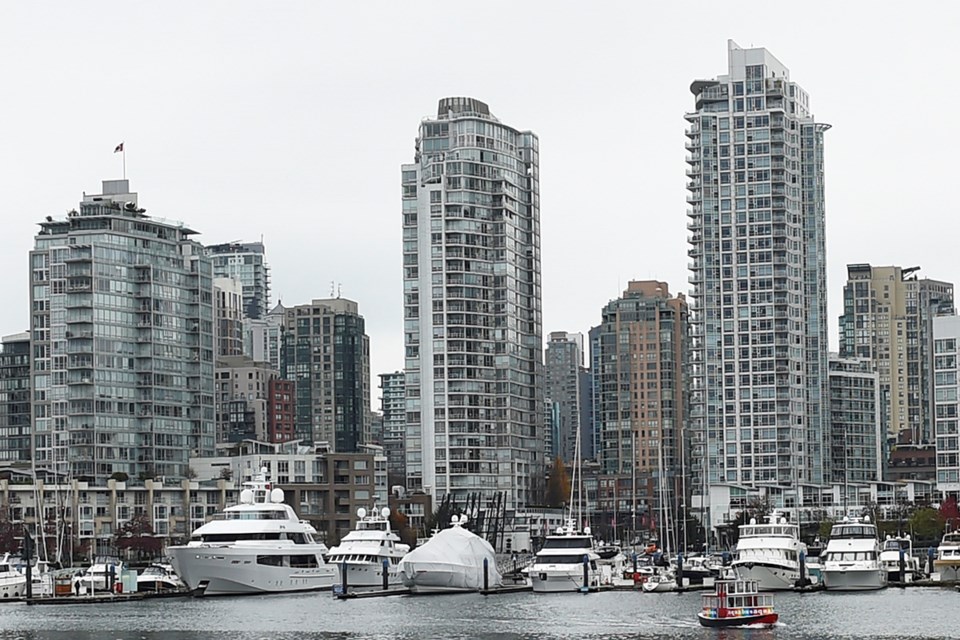 Vancouver’s affordability crunch has prompted the city to examine how it can develop an “affordable home ownership” program to keep people from leaving the city. Photo Dan Toulgoet

The city wants to develop a program to make owning a home in Vancouver “affordable” for workers who have lived in the city for at least five years and whose household earns no more than $96,000 per year.

In a report going before city council next Wednesday, city staff proposes that at least one member of the household be employed and a permanent resident or citizen of Canada to qualify for the program. Buyers would pay no more than 35 per cent of their gross income to housing costs, including mortgage payments, property taxes, utilities and strata fees.

“In recent years, the growing gap between local incomes and housing costs, combined with the scarcity of affordable family-sized units in both rental and ownership housing, has made it harder for many moderate and middle-income households and younger Vancouverites to secure adequate and affordable housing in the city,” the report said. “When local households in their key working years perceive that their only option is to ‘drive to qualify’ for a mortgage, the lack of local housing options has the effect of encouraging less sustainable and active transportation choices, undermining local employment, eroding social diversity and potentially increasing the polarization of incomes in Vancouver.”

The program, which calls for 300 housing units over the first three years, hinges on a commitment from developers willing to participate and consultation with employers, workers, mortgage lenders and the general public.

If council gives staff the green light to further develop the program, the city would then need to have the provincial government amend the Vancouver Charter to authorize such a program.

City staff has already examined programs in the United Kingdom, the United States and Canada, including Whistler, Calgary and Toronto. Typically, the program works like this: Housing units are built and sold at below market value by a non-profit, government-created housing authority or by developers as a community contribution required as part of zoning regulations.

The unit is then sold to an eligible household. Restrictions are placed on ownership, including the resale price of the unit. That way, if an owner chooses to sell, the next buyer purchases the unit at a price which they can afford on their moderate household income.

Using Statistics Canada data, the city learned that about 30,000 households who rent in Vancouver earn between $50,000 and $90,000 per year, and could qualify for the program.

The staff report also pointed out a concern staff and politicians have mentioned previously – that many families with children in Vancouver are under-housed and searching for affordable two and three-bedroom units. Statistics Canada data from 2011 showed 6,300 families were living in studio and one-bedroom units, with 26 per cent having more than one child.

The report said an affordable housing ownership program would provide “key benefits” to owners, the city and the region, including increasing security of tenure and opportunities to build equity for owners, reducing pressure on social housing and market rental housing and retaining a vibrant workforce.

In October 2012, city council approved the “affordable housing choices interim rezoning policy,” which included a map of possible sites for such development. They include big chunks of neighbourhoods on the east and west sides of the city, particularly along arterial routes such as Arbutus, Granville, Main and Fraser streets.