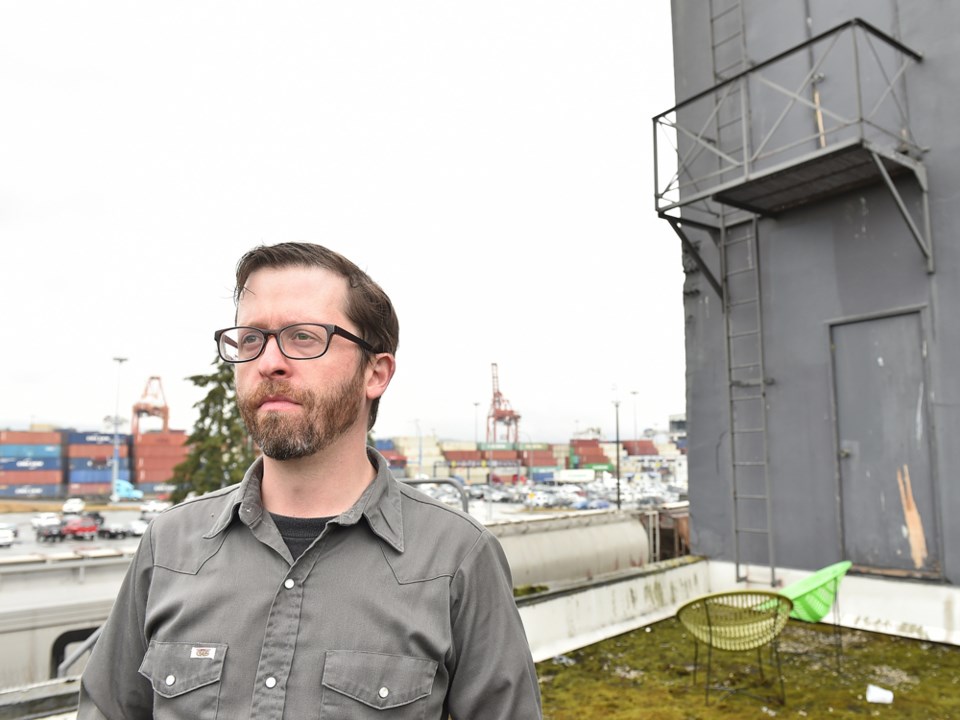 You want some people to know about it, but not everyone. Making money is nice, but not the be-all, end-all. Your landlords may not like, or even know, what you’re doing there, but you do it just the same.

So it goes with Stephen Lyons. He meets the Courier at his wink, wink, nudge, nudge art space near the north end of Clark Drive, where he’ll play host to an interdisciplinary exercise called the ClarkWalk.

“There are different layers of things that I want to achieve out of this, but I also want to be surprised by seeing this area through different perspectives,” Lyons said. “When you frame anything, people look at it, so I’m framing this area. People are filling that frame in with their own stuff.”

Come Sept. 29, the evening-long exploration of northern Clark Drive will combine photography, music and video. Participants will weave through the area from Sixth Avenue north to Powell Street, taking photos and using the hashtag #ClarkWalk.

While doing so, they have the option to listen to a curated playlist made up of roughly a dozen Vancouver bands and musicians including Lyons, the Nausea and Veda Hille.

As the day winds down, the accumulated photos will be posted throughout Lyons’ art space. He expects the end product to be a think piece on the area’s evolution: how creatives are being pushed out of rehearsal spaces, art spaces, music venues or out of Vancouver altogether.

Lyons has been on the receiving end of that unpleasant nudge twice in the last decade, as he and dozens of other artists were forced from similar spaces on Granville Street and Glen Drive.

Lyons’ current building has been hovering under the radar for more than four years, though that could change soon. Leases and landlord issues could come to a head by the end of the year, displacing Lyons and hundreds of others who’ve used the building since 2014.

It’s for that reason Lyons is hesitant to list an address or refer to his arts space by name when speaking to the Courier. That issue will be addressed on the day of the event by a few people who will be wearing ClarkWalk clothing.

“Affordability, availability and use of land are huge questions,” Lyons said. “But regardless of that, there’s been a creative community that’s been operating here in this building and in buildings around here that don’t exist anymore and are dwindling. Marking a time and place both physically and creatively is important to me.”

For info or to participate, go to clarkwalk.ca.