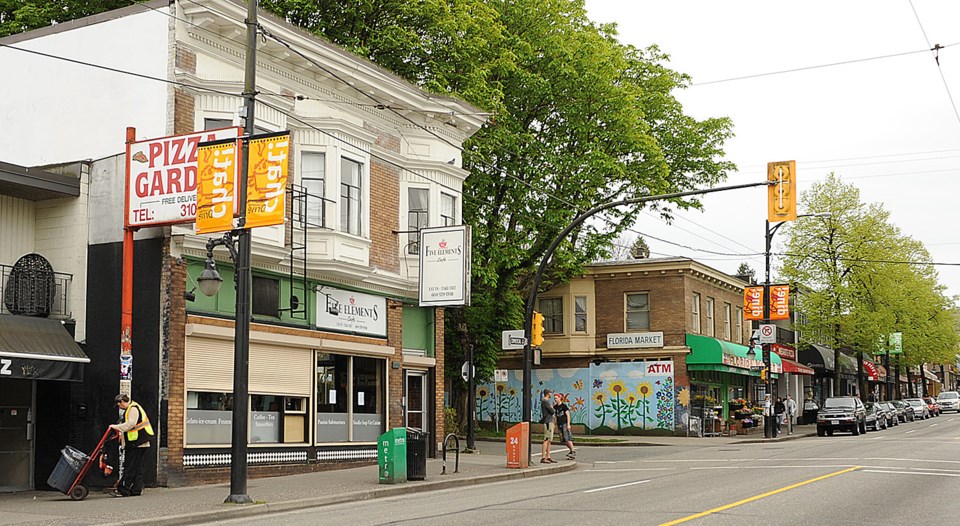 “They could build or replace what’s on Commercial Drive with four storeys,” said Janet Leduc, executive director of the Heritage Vancouver Society. “It’s more the character and the history than the individual buildings. We’re starting to look more at whole streetscapes and the fact that as a street it’s very important to Vancouver and important to the people of Vancouver.”

“It’s an art deco theatre,” Leduc said. “It’s just a really important community resource and we keep losing them, like the Pantages [Theatre].”

Second on the list is First Shaughnessy, a swathe of the city with a different vibe to that of Commercial Drive. The Fleck Mansion and the expanse of land between West 16th Avenue and King Edward made the list because too many historic estates have been replaced with oversized structures that obliterate leafy, mature landscaping.

“Where is the tipping point?” Leduc said.

The Vancouver Heritage Commission recently recommended Fleck Mansion receive the highest designation of “A” on the city’s heritage register, which is about to be updated.

But heritage advocates are starting to wonder how much protection the designation provides.
Leduc notes demolition of the Legg House in the West End, built in 1899, is imminent and the old Safeway in Marpole was bulldozed two years ago. Both boasted heritage A designations.

“These are the first two since the Georgia Medical Dental [art deco tower was razed] in 1989,” Leduc said.

Farmhouses and churches made the list for the first time. Kerrisdale Baptist Church on East Boulevard faces demolition in favour of a six-storey residential building and Anglican churches in Kitsilano and Hastings-Sunrise sit vacant. The society sees churches as community landmarks that should be preserved for social and cultural activities.

As the 100th anniversary of the outbreak of the First World War draws nearer, Heritage Vancouver worries reminders of past conflicts could vanish. The society argues the Angel of Victory statue at Waterfront Station and other memorials should be restored.

“What’s the collective memory if we start losing these markers?” Leduc said.

Heritage advocate Anthony Norfolk will lead Saturday’s tour, with historian Michael Kluckner hopping aboard near the Drive. Heritage Vancouver has run an endangered sites tour since 2001 to give Vancouverites a rundown of what could be lost.

“People are starting to see the buildings are disappearing really quickly,” Leduc said. “Heritage Vancouver can’t do it on their own and the community support is critical.”

For more information about the tour and sites, see heritagevancouver.org.