Community centres say they will reject deal with Vancouver Park Board 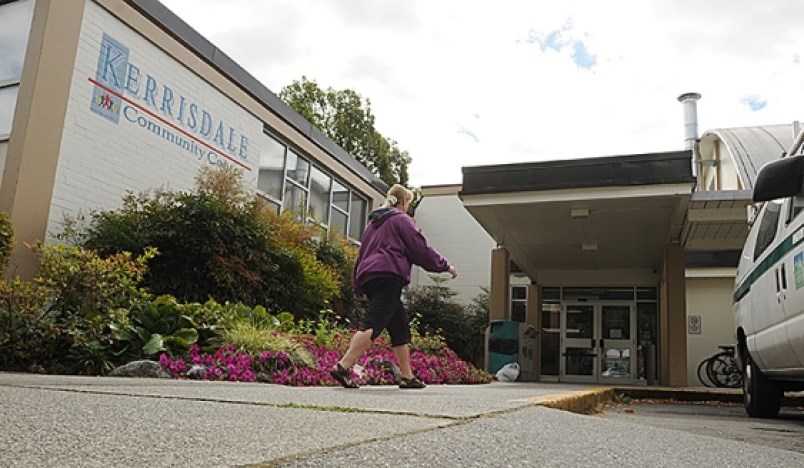 All community centre associations oppose the latest Join Operating Agreement put forward by the park board in November 2016 although some are closer to signing than others. Photo Dan Toulgoet

The message from every community centre, whether they had as few as one or more than two dozen representatives speaking about the proposed operating agreement with the park board, carried the same message: We won’t sign.

At two meetings held a week apart on Feb. 9 and 16, speakers informed park board commissioners the community centre associations will not sign the deal in its current form.

Complaints about the JOA, or Joint Operating Agreement, which in some cases has not been updated since it was a five-page document in 1979, were consistent between a majority of community centre associations while other associations laid out concerns unique to their needs. Some feel an agreement is very close but will require the sides meet in person rather than consult through park board staff.

Primary grievances with the proposed deal include the process for terminating the contract and breach of the contract, the nature of dispute resolution, and management of member information and communication. Another issue is the structure of wealth redistribution from "have" to "have-not" associations. More broadly, speakers said they disliked the tone of a heavy-handed approach that allowed for little respectful negotiation while others said they lacked confidence in the clarity of language, fearing this would lead both sides to the courts.

The park board will vote March 6 on the joint operating agreement.

Elephant in the room

The city’s 20 centre associations are independent from each other but at least 14 have worked together to lobby the park board on their shared concerns. Those include Trout Lake, Champlain, False Creek, Kitsilano, Mount Pleasant, Renfrew, Roundhouse, Thunderbird, Strathcona, West End and West Point Grey as well as three centres — Hastings, Kerrisdale and Killarney — that were part of six centres that sued the park board in 2013 over breach of contract.

Kensington, Sunset and Hillcrest are the other three that sued. Hillcrest remains embroiled in controversy over an internal dispute about the legitimacy of its elected board. However, a court injunction issued in 2013 prevented the park board from evicting the six associations from their respective centres.

The current draft agreement and consultation process is a response to that legal action and still-unresolved fallout, implied numerous speakers including Mount Pleasant association board member Alex Burton.

“We are only here because of the lawsuit, and my community centre was not part of that lawsuit,” said Burton, who is also a Crown lawyer. “Pushing this forward, saying it will take too long to get it right will lead to more litigation, not less. The six sitting on an injection will turn to 10, 12, more… We don’t want that.”

He said the proposed agreement was a step forward but the lack of negotiation and “artificial deadlines” have caused progress to stagnate and some associations to panic that they will lose influence over their centres.

“The proposed JOA seems to put community centre associations into a position of less power, less security, less of a role in running their centres,” he said. “An open process makes it sound like it’s never-ending, and Lord knows none of us wants that,” he said, pointing to the hundreds of hours board members have spent meeting on their own and together to discuss the deal.

“I understand that some of this clearly comes from the Hillcrest experience. I live in that community and I am frustrated by what I see there and I understand there is a need for supervision of some kind. There has to be a way to deal with a situation that gets out of control […] without, when we are all gone, leaves behind a legacy that does not give the community centre associations comfort.”

The past president of the Hillcrest association that sued the park board, Jesse Johl was on the speakers’ list with his surnamed spelled Johal. He attended the Feb. 16 meeting but did not speak. The current board has only three directors.

On top of the universal contract, the agreement will include a customized appendix tailored to each association. Multiple speakers argued the park board commissioners cannot, in good faith, sign off on the JOA until they have read it in full, which means seeing and understanding the appendices for each individualized contract.

In the case of Dunbar, which has pursued consultation on its own, the association will not indicate its approval for the deal until they have the complete version. Park board commissioners can make amendments to the agreement when they discuss it March 6 but it will not change before that time.

“Dunbar hasn’t seen the final document and we won’t have a position until we do,” said the board’s secretary, Jonathan Wiseman, yet another lawyer, who said the association had five sticking points, including contributing to an investment fund that would redistribute a percentage of an association’s surplus to cash-strapped centres.

He said the centre’s constitution specifies it can only fund projects within the neighbourhood, a stipulation that contravenes paying into a city-wide fund that would support poorer centres outside of Dunbar.

“What I cannot do is recommend the society adopt a relationship or structure or agreement that is not viable and not sustainable. We cannot, for example, recommend something which would put the society into a permanent state of deficit, planning for loses with no clear means of getting out of it," said Wiseman.

He encouraged the seven elected commissioners to look deeper at what the centre associations are telling them.

“I would like you to investigate yourself. It’s good that you have good advisors, please get out and look at the sky and figure out what is actually happening for yourselves,” he said.

Don Munton, a vice-president with the volunteer association at Kerrisdale, opened his five minutes in front of commissioners by saying his board will not sign the deal in its current form. He said the previous agreement was based on “partnership” while this version is “fundamentally a termination document,” which he speculated was by design as a legacy of the 2013 legal action.

He pointed to a the $1-million operating budget at Creekside Community Centre, which the park board ran solely and at a loss, as an example of the inherent value of community centre associations.

“My argument is that ending this partnership would be extremely costly for the park board and would do great damage to the city of Vancouver. If the park board were to assume sole control of the community centre system, which seems to be the ultimate objective of this proposed JOA, that takeover would either drain scare resources from other areas of the park board’s responsibilities or city operations or it would, more likely, lead quickly to drastic cuts in community centre funding and operations,” said Munton. “Successful volunteer-run associations significantly reduce the public funding needed to support Vancouver community centres.”

In 2012, the most recent budget Munton had received from the park board, the figures show community centres expenses across the city total $37.2 million, with $16.9 million of that coming from the park board. No association ran a deficit and one shows a surplus as large as $153,000, funds the associations say are used for long-term upgrades to programming and renovations.

In the case of Creekside, the centre has no association to pay for expenses, so the operating budget of $1 million is covered entirely by the park board. The centre generated $300,000 in revenue. Commissioners voted earlier this month to invite residents to form a community centre association at Creekside, which opened following the 2010 Olympic Games.

The park board funding contributes to staff salaries and building maintenance, supplies and services.

The case of Strathcona

Wayne Hoang brought commissioners to tears when, as one of the last of nearly 50 speakers but one of about 25 from Strathcona, he described the centre as both a sanctuary and launching pad for his success as an athlete and coach.

“To be blunt, a lot of you probably feel you know what goes on. To be honest, I don’t really think you do,” he said.

Hoang grew up in crushing poverty, raised in government housing by a mother who earned $12,000 a year to support him and his sisters. “My dad stole most of our money and gambled it away,” he said.

Because his family couldn’t afford to buy his formal wear for a graduation photograph, Hoang and several friends stole what they couldn't buy.

“When I’m coaching, I see many replicas of me. Children that don’t have sufficient food to eat, clean clothes to wear, no bus fare, and lack a caring and loving environment, apart from my mom. I believe this is where funding comes in,” he said.

“Without affordable or free options, they will resort to other things. In my 17 years of coaching and playing basketball, I have seen both sides. I have seen kids be the first in their family to graduate from high school. Another went to juvenile for attempted murder and armed robbery.

“All the coaching I do is volunteer, at least 20 hours a week, coaching those kids because many have gone through immense agony.”

Hoang spoke alongside James Lum, a Strathcona and Tupper alum who is also a role model in the community. Both men got their start in the sport after recreational director Ron Suzuki started a basketball camp in 2000 that was heavily subsidized through donations in order to ensure no child was turned away.

“What has kept basketball sustainable for all these years is simple --- giving back and paying it forward,” said Lum.

Neighbourhood children campaign to raise $10,000 to keep their program running. “Kids know if they don’t do their part, the program would not be available to them,” said Lum.

Before he retired last year, Suzuki said it could take him months to carefully fill out a 40-page grant application. It was time-consuming, but each page “could be worth $1,000” he said last week.

The Strathcona association fundraises $1 million of its annual budget because it is limited in the amount of revenue it can create, both because of subsidized fees and also for lack of assets such a an ice rink or swimming pool. They say they will not sign without guaranteed annual funding of $200,000 from the park board.

UPDATE: This story was corrected Feb. 20 to reflect the fact James Lum is a graduate of Tupper secondary, not Britannia secondary.