Are North Vancouver teens being set up for the wrong kind of extra-curricular education? That question is being posed after parents whose kids who attend five North Vancouver high schools got a heads-up from district administrators this week about po
Apr 12, 2018 9:13 AM By: Jane Seyd 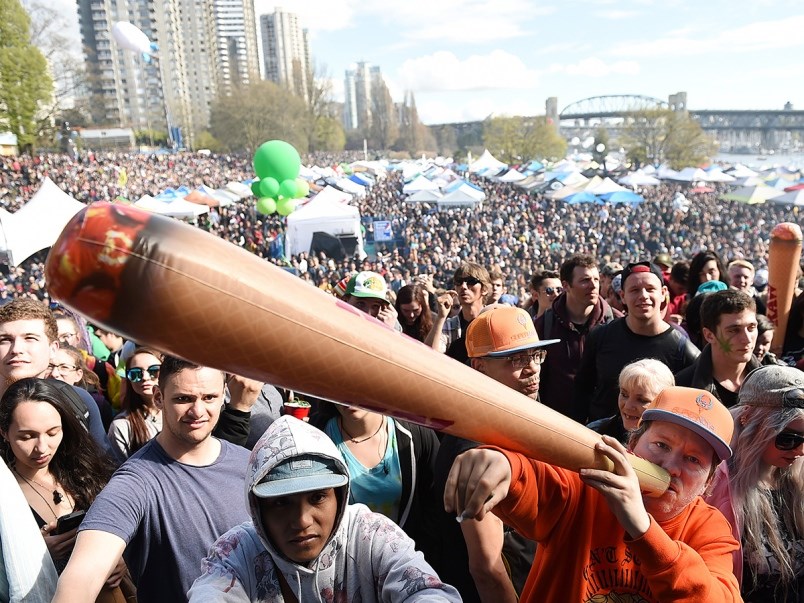 Are North Vancouver teens being set up for the wrong kind of extra-curricular education?

That question is being posed after parents whose kids who attend five North Vancouver high schools got a heads-up from district administrators this week about potential marijuana celebrations happening on the next professional development day when students aren’t in class - April 20.

April 20 happens to also be a day when marijuana activists have held 4/20 celebrations across the Lower Mainland every year for the past two decades, typically including crowds of people smoking weed in public at Vancouver Art Gallery or Sunset Beach, and vendors selling cannabis products. (The number “420” as a code for smoking marijuana has been around since the 1970s).

The date is a coincidence, said Brad Baker, district principal for the North Vancouver School District, and not intended to encourage teens to attend those events.

“The North Vancouver School District does not condone or support the use of cannabis,” Baker wrote in the letter that went home to parents on Monday.

He said he only received word the April 20 date might be a problem from one of the assistant superintendents last week.

Baker said he sent the letter home to parents to “be proactive” and provide those unaware of the connection between the 4/20 date and marijuana celebrations with information, so they could talk about the issue of marijuana use with their teens prior to April 20.

Not all North Vancouver high school students will be out of class on April 20. Carson Graham, Seycove and Mountainside secondaries will still be in session that day.

There are two school-based professional development days each year, usually one in the fall and one in the spring – set by school staff before the start of the school year, said Baker.

Baker said in future, schools may decide to avoid scheduling Pro D days for April 20, now that it’s been flagged as a potential concern.

Amanda Nicholl, chair of the district parent advisory committee for North Vancouver, said she hadn’t heard of any concerns voiced by parents so far about the date.

Cpl. Richard De Jong, spokesman for the North Vancouver RCMP detachment, said police are aware that many local teens have the day off school on 4/20 this year.

“I would echo the comments made by the school district,” he said. “Just because it’s a Pro D day and you have it off, make good decisions on what you do with that day off.”

The information that went home to parents included a link to statistics from the Canadian Centre for Substance Use and Addiction indicating that in a study eight years ago, Canadian youth had the highest rate of marijuana use – 28 per cent had used it in the past year – compared to students in other developed countries. It also pointed to research suggesting chronic marijuana use can negatively impact brain function.

The federal government has announced plans to legalize recreational marijuana use this summer.