Concussion symptoms are still keeping Sven Baertschi off the ice

“I need to listen to my body now,” said Sven Baertschi in a sobering article from Swiss newspaper Blick .* The Canucks winger hasn’t played since October 24th, when Vegas Golden Knights forward Tomas Hyka hit him from behind .
Nov 22, 2018 10:47 AM By: Daniel Wagner 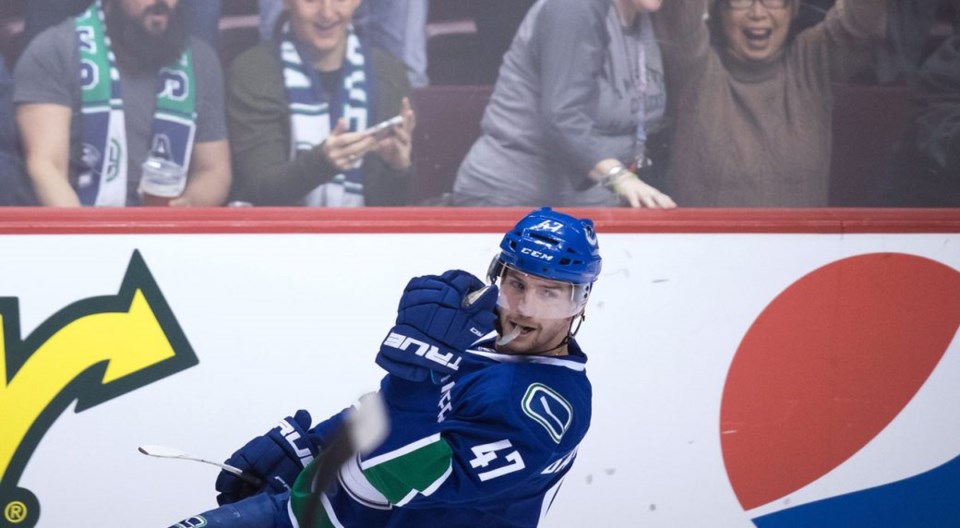 “I need to listen to my body now,” said Sven Baertschi in a sobering article from Swiss newspaper Blick.*

The Canucks winger hasn’t played since October 24th, when Vegas Golden Knights forward Tomas Hyka hit him from behind. While he initially thought he might be all right, the concussion symptoms struck hard and haven’t subsided in the subsequent weeks.

“Although he hit me on the head, at first I thought I could finish the match,” said Baertschi via Google Translate. “But then suddenly I felt so bad that I had to be examined by the doctor.”

This isn’t the first concussion of Baertschi’s career. He suffered one last season on a blindside elbow by Cody McLeod well away from the puck. The Department of Player Safety determined it was an “accidental collision” at the time. According to Baertschi, that wasn’t the first.

“I'm not quite sure if it's the fourth or already the fifth concussion in my career,” he said. “In any case, it caught me particularly violently this time.”

Earlier in November it was reported that Baertschi would start skating soon. Unfortunately, as soon as he tried he experienced more concussion symptoms.

“Last Saturday I returned to the ice in training for the first time since October 24th,” he said. “But I had to stop this exercise after 15 minutes, because I was so dizzy. As soon as I move and spin properly, I see everything around me completely blurry and have a headache.”

At this point, Baertschi doesn’t want to rush back to playing. With his first baby on the way with his new wife, he sees the bigger picture.

“A concussion may be cured after a week and a half, but it can also take months,” he said. “In this situation, I have no choice but to wait and, in spite of everything, to think positively.

“If I returned to the game too soon after the injury, it could be more serious. And that's too high a price for me. After all, I also want to be able to enjoy my life after my hockey career with my family.”

Baertschi has now missed nearly a month of hockey. While the Canucks miss him on the ice, the biggest concern is that he takes things slowly and gets fully healthy.

*A tap of the stick to Redditor u/skyoneder on r/Canucks for spotting the article.