Condo developer lashes out at Vancouver’s development permit board 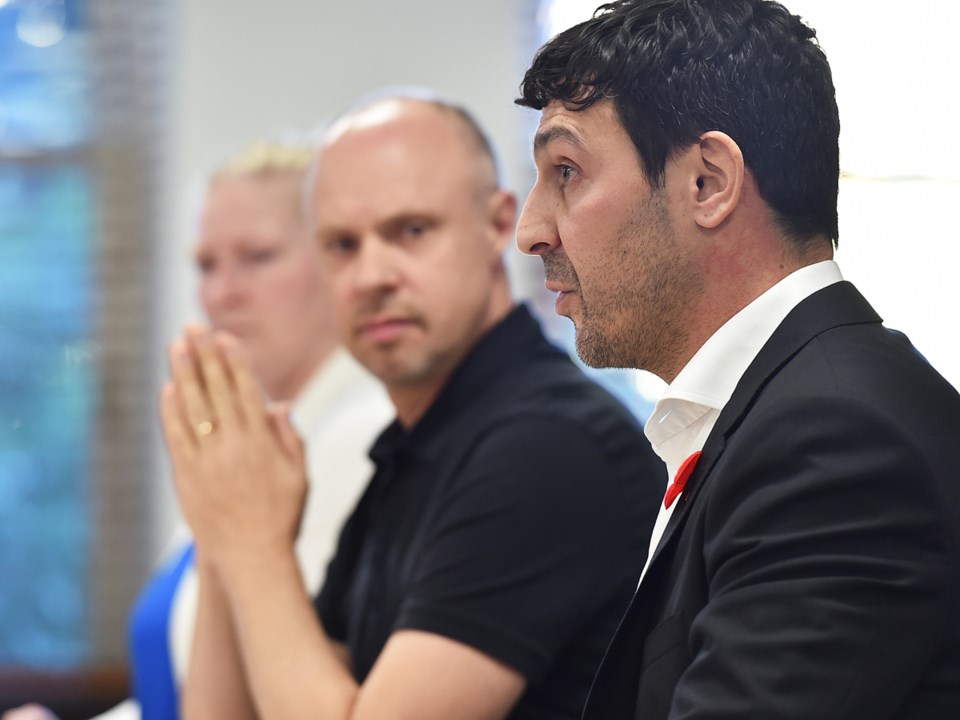 The development company whose proposal for a 111-unit condo building in Chinatown was rejected Monday by the city’s development board has issued a brief but pointed statement aimed at the city’s director of planning and chief engineer.

Houtan Rafii, the executive vice-president of Beedie Living, didn’t name Gil Kelley or Jerry Dobrovolny — the two members of the board who rejected the proposal at 105 Keefer St. — but referred to them as “select members” who ignored recommendations from planning staff and others.

“We are extremely disappointed that the institutions mandated to provide regulatory and policy framework — the City of Vancouver planning staff and the council-endorsed and appointed urban design panel and development permit board advisory panel — have been undermined and their unanimous support for 105 Keefer ignored by select members of the development permit board,” Rafii said Tuesday following the board’s 2-1 decision Monday. “Like many people, we are uncertain what this unprecedented decision will mean for these civic institutions.”

Rafii’s statement was issued a few hours after the Urban Development Institute’s Anne McMullin issued a similarly worded statement saying her organization was disappointed and surprised by the development permit board’s decision. McMullin, who is president and CEO of the institute, also used the word “undermined” to describe the decision.

She pointed out Beedie revised its proposal for 105 Keefer St. five times over four years. Like Rafii, she noted the proposals received the support of city staff and the urban design panel, and met existing zoning regulations and conformed to the official community plan for Chinatown.

“This is the first time since 2006 that the development permit board has rejected an application,” said McMullin, suggesting the board’s decision creates “significant uncertainty” in the development industry. “We, the industry, see no policy reason for why this was rejected.”

Added McMullin: “Our members, and the thousands of individuals represented in all facets of development and building, are concerned this decision undermines the integrity and reliability of the city’s rigorous planning regime, and puts into question future projects, not only in Chinatown, but across the city.  At a time when housing supply in market, rental and affordable homes has reached historic lows, this project denial sends a negative chill throughout the industry.”

Beedie’s 12-storey version of its proposal was rejected 8-3 by city council in June. That proposal went before council because it required a rezoning and public hearing. That was triggered by Beedie requesting the building be 118 feet tall. The revised version that was rejected Monday by the board was reduced to nine storeys and 90 feet tall, and did not require a rezoning or public hearing.

Paul Mochrie, the city’s deputy manager, cast the only vote in support of Beedie’s proposal, which called for 111 condos in a nine-storey building on a piece of property in front of the Chinatown Memorial Plaza and across the street from the Dr. Sun Yat-Sen Garden.

“As we’ve heard, the use and the height of the building are outright entitlements [of the developer’s application],” said Mochrie, noting the proposal fell within the 90-feet height restriction for the area and met the test of city planners, the urban design panel and the board’s advisory panel.

“This board, in my view, has no legal scope to deny the development permit based on either of those dimensions of the application. Exterior design is the only issue properly before the board, and I think that’s a really critical point.”

Kelley and Dobrovolny cited concerns about the building’s design and exterior as primary reasons for rejecting the proposal. But both of them noted the hundreds of people who spoke against the proposal at public hearings in May and June, and at the board last week.