Three Lower Mainland First Nations have partnered with a federal Crown corporation to acquire three former federal government properties worth $307.2 million, including the 52-acre Jericho Lands in West Point Grey. The properties will be developed.
Oct 1, 2014 4:22 PM By: Naoibh O’Connor 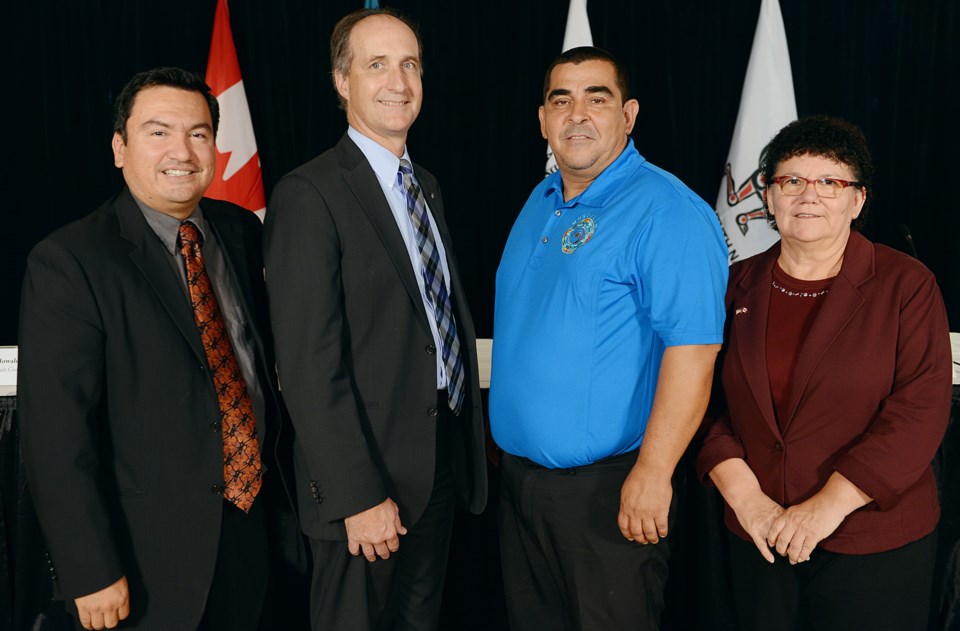 Three Lower Mainland First Nations have partnered with a federal Crown corporation to acquire three former federal government properties worth $307.2 million, including the 52-acre Jericho Lands in West Point Grey. The properties will be developed.

The Jericho Lands, formerly owned by the Department of National Defence, sit between West Fourth Avenue and Highbury Street to the east and Eighth Avenue to the south. The federal government sold the property for $237 million. The Department of Defence will remain on site until December 2015.

Property immediately to the west is owned by the provincial government.

The Heather Street lands, the site of the former RCMP E-Division headquarters, are also part of the deal. The federal government sold the 21-acre parcel, located on Heather Street between West 33rd and 37th avenues, for $59.2 million. The RCMP will remain in one building until 2019.

The third parcel, formerly Department of Fisheries and Oceans vacant land, is five acres in West Vancouver at 4160 Marine Dr. The federal government sold it for $11 million.

The historic deal was announced at a press conference in Vancouver just before noon on Wednesday. The Musqueam, Squamish and Tsleil-Waututh First Nations and Canada Lands Company also announced a joint venture partnership that establishes an equal interest in the lands with 50 per cent collectively held by the aboriginal groups and the other half held by Canada Lands.

Canada Lands will act as project manager and oversee the redevelopment of the sites, as well as the property management. Major decisions will require approval of both partners.

Robert Howald is the executive vice president of real estate at Canada Lands.

“The negotiated value of the property is $307.2 million and as part of this settlement between Canada and the three First Nations, they were provided a 28 per cent interest, which equates to approximately $86 million,” Howald told the Courier. “When we entered the picture and negotiated the joint venture agreement with the three First Nations, we sold them an additional 22 per cent, which was approximately $68 million. That then provided them a 50 per cent interest in the overall.”

Public consultation on the future of lands is expected to start in the new year.

Howald said he “can’t emphasize enough” that there are no preconceived plans for the properties and that city zoning bylaws apply.

“When we first meet with the communities in the new year, our first meeting will be more so to introduce them to Canada Lands and the nations. But this is very much the way we do business across the country. We talk about what our process would be in conjunction with the city towards planning approvals and also hear initially what their thoughts are on the property," he said. "Each step of the way towards putting an application into the city and receiving city approval on it, there’s extensive community engagement by way of smaller meetings with interested parties up to full open houses and public meetings. So there will be many opportunities for the public to express their viewpoint. In the end, I guess the ultimate comfort is there has to be a municipal planning approval, a policy statement, so that it does go through the required public process that the municipality has in place.”

Chief Wayne Sparrow of the Musqueam Indian Band was not available for an interview with the Courier Wednesday afternoon. Sparrow was quoted in a Canada Lands press release as saying: “The Musqueam Indian Band working with the Squamish and Tsleil-Waututh Nations has worked very hard with the Federal Government and Canada Land Company to come to a partnership for the ultimate development of these important parcels of land in Vancouver and West Vancouver. Musqueam has a strong relationship with the City of Vancouver which is reflected in our recent work in the development of Service agreements with the City. This latest development partnership again demonstrates the growing strength of our First Nations in the lower mainland taking back our rightful place in advancing the economy of British Columbia. We look forward to working with all our partners and the communities and neighbours to ensure the best possible developments occur on these properties.”

“There is a remarkable opportunity for aboriginal and non-aboriginal members of our community to come together and work on a project that we can all be proud of from a perspective of environmental and social sustainability and ensuring that all voices are heard in the consultation process leading up to the development,” he said. “It’s a remarkable opportunity when you think about this amount of land in the middle of a highly developed city and [that it’s] incredibly valuable land. The priorities are many that the people have for this land, everything from no development at all — so total greenspace — to highrises and maximizing the financial profits of the site. So, somewhere in between is where we’re going to land. The priorities will be dictated, hopefully, by a cooperative effort between the First Nations and the non-First Nations community. That’s what I’ll be pushing for — that consultation and that discussion to be taking place.”

Online comments have already expressed fears about massive highrises and over-priced real estate. Eby acknowledges it will be difficult to satisfy everyone. Since elected, he’s been involved in three packed community meetings about the Jericho Lands and at that point there wasn’t even an active movement to develop it.

“I’ve been in politics long enough to know that everyone will not be happy no matter what happens, but I do think that a thorough and a genuine consultation and discussion between the First Nations, between the federal development company, and between the neighbours, will result in a development that people not only can tolerate but ideally will be proud of,” he said.

Eby expects the Jericho Lands deal will attract attention from many interest groups.

“Basically, anyone who’s operating on these lands or neighbouring these lands is concerned. I’ve also talked to people who are interested in environmental issues or salmon streams that are covered on the property. There’s been some discussions about whether, as part of any development, that these streams could be daylighted,” he explained. “There are obviously advocates for affordable housing, especially seniors who are aging in their homes and don’t want to leave the neighbourhood but don’t see a way that they can afford to stay in this community as things stand. So there’s a wide variety of stakeholders that are interested in this and they pack community meetings on this topic. I’m sure given this big step forward that they’re going to be even more interested now that development is looking imminent.”

A spokesperson from the West Point Grey Homeowners Association, said the organization was gathering information on the deal and wasn’t prepared to comment until after their board meeting Thursday.

Eby said he recognises people in the community will have concerns.

“I have no doubt there’s a huge amount of fear and concern in the community about the kinds of development that can happen on this parcel of that land and that it will not be responsive at all to the priorities of the community, either locally or citywide,” Eby said. “So that fear is justified I think. It’s very easy for a major development to get taken over by concerns about the highest possible financial profit, especially when you’re talking about cash-strapped governments trying to fill budget holes. So there will be a lot of attention on this. Certainly I will be doing my part to make sure that those voices are heard and that the development, as much as possible, represents [the community’s] priorities.”