Could Pontus Aberg be the next William Karlsson? 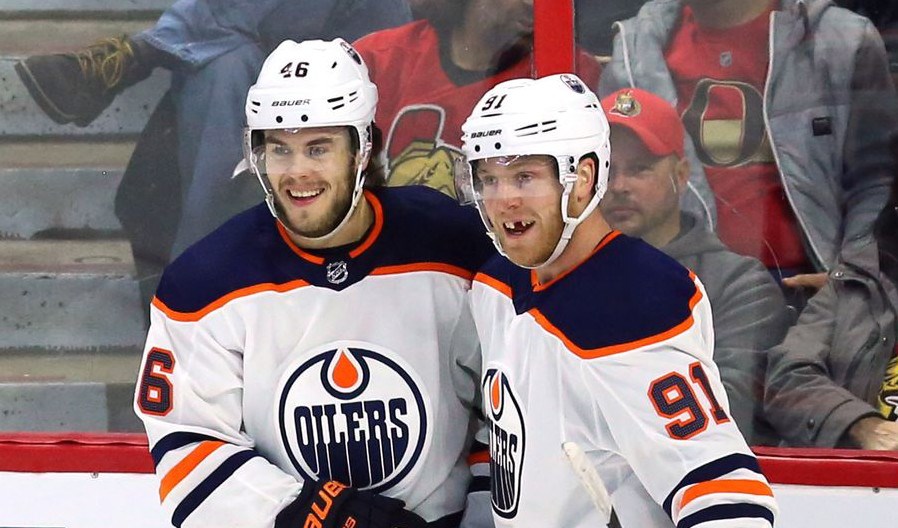 When it’s said that William Karlsson came out of nowhere, it’s barely an exaggeration. What else do you call it when a player goes from scoring 6 goals in one season to 43 goals the next?

Karlsson was a good, but not great, prospect before he made the NHL. He was a late second-round pick by the Anaheim Ducks and put up solid numbers in Sweden, but wasn’t a goal-scoring force in either the Allsvenskan or SHL. After a trade to Columbus, Karlsson established himself as a full-time NHLer, but 20 and 25-point seasons gave no hint at the heights he was about to reach.

To be fair, it was certainly unique circumstances. It’s rare that a bottom-six forward suddenly gets first-line ice-time alongside two talented wingers like Jonathan Marchessault and Reilly Smith, but the expansion Vegas Golden Knights offered him just that opportunity.

So, who else deserves such an opportunity? Who might be the next William Karlsson?

In one sense, it’s a pretty silly question. It’s essentially the same as asking, “Who is extremely unlikely to score 40+ goals like Karlsson did?”

To start, let’s look at Karlsson’s 2016-17 season with the Blue Jackets. Since he didn’t get any significant time on the power play in Columbus, there isn’t much point in including it in this analysis, so we’ll stick with 5-on-5.

Let’s keep it simple by looking at just a few key statistics:


Here are the statistics I’m looking at:

I’m also primarily looking for players in their early twenties, who still have potential to suddenly improve by leaps and bounds.

So, focussing on those statistics, who are some comparable players from this past season? A quick narrowing down of forwards from last season results in four comparable forwards: Christian Fischer, Pontus Aberg, Pavel Zacha, and Jacob de la Rose.


A couple of these players aren’t as surprising as Karlsson in terms of breakout potential. Fischer and Zacha are both just 21, with Zacha in particular a highly-regarded prospect. 40 goals would certainly be surprising from Zacha, but he definitely makes sense to break out next season for the New Jersey Devils.

Aberg and de la Rose are more interesting comparables, particularly since they’re both a little older. Aberg is about to turn 25, while de La Rose is 23.

For de la Rose, last season was his first full season in the NHL. He has some skill, but is known more for his two-way ability, which was also true of Karlsson. He showed his potential to play with skilled wingers when he was lined up with Alex Galchenyuk.

Galchenyuk is gone from the Canadiens now, however, and it’s questionable whether de la Rose will get a significant opportunity. At centre, the Canadiens have Phillip Danault, Jonathan Drouin, Tomas Plekanec, and potentially even Max Domi, the return in the Galchenyuk trade, ahead of him.

So, de la Rose truly fits the bill as an extremely unlikely player to suddenly score 40 goals while centring a first line.

The most intriguing of the two, however, is Aberg, who was traded from the Nashville Predators to the Edmonton Oilers at this year’s trade deadline. Aberg was a second-round pick like Karlsson, and put up similar numbers in the Allsvenskan and SHL after he was drafted. He hasn’t blossomed into an offensive star in North America, however, putting up just 4 goals and 16 points between the Predators and Oilers last season.

Aberg has the speed, skill, and shot to have a breakout year, but the biggest boon for him is that he could get a prime spot on the wing with Connor McDavid. The Oilers badly need top-six wingers, which means Aberg should get plenty of chances to prove himself. Even if he doesn’t end up with McDavid, he should at least lineup with Leon Draisaitl on the second line.

Does that mean Aberg is going to be one of the leading goal scorers in the league next season? Probably not. But his numbers in his 2017-8 season are remarkably similar to those of Karlsson in 2016-17, right down to shooting percentage and scoring chances.