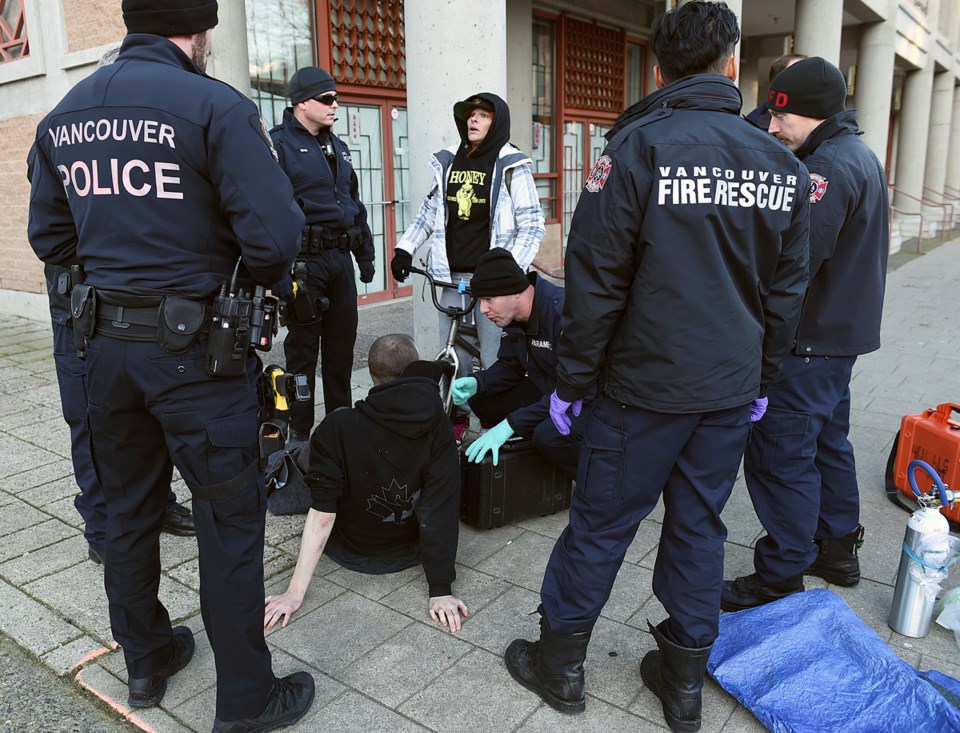 Dig in to your wallets property owners – your taxes are going up by 3.9 per cent next year and a portion of that increase is to pay for the city’s response to the overdose drug crisis in Vancouver, where 124 people have died in the first 10 months of this year.

City council voted 8-3 Tuesday in favour of the tax hike after a fiery exchange between the ruling Vision Vancouver and the NPA that centred around saving lives and whether a tax hike was accepting a download of responsibility from senior levels of government mandated to deliver health care.

The debate, which closed in on three hours, was set off by Vision Coun. Geoff Meggs’ motion to raise taxes by another .5 per cent on top of the originally proposed 3.4 per cent increase. The half per cent increase, or “fentanyl tax,” will generate $3.5 million and be added to a $4 million contingency fund.

“This drug is the worst serial killer that we have seen on the streets of Vancouver – ever -- and to not act at this point, in my opinion, is morally wrong,” said Vision Coun. Andrea Reimer, referring to the synthetic narcotic that has been linked to 60 per cent of the 622 overdose deaths in B.C. in the first 10 months of this year.

For taxpayers, a 3.9 per cent tax hike will mean increases that range from $29 for a condo to $152 for a commercial property. A single-family home will see an increase of $83. All increases are based on median-priced homes.

NPA Coun. Melissa De Genova argued that politicians have known about the overdose crisis for several months but only decided 48 hours before a city budget meeting earlier this month to float the idea of raising taxes another half per cent.

“To have this burden thrown on taxpayers at the last minute, I think is concerning,” said De Genova, noting she has received hundreds of emails from residents upset at the lack of consultation.

She pointed out the federal government announced Monday a new drug strategy and that the province has already spent $43 million this year to combat the overdose crisis. She urged council to work with governments to get more funding rather than seek an additional tax.

“I think that there will be more money in that pot, but not if Vancouver makes a decision like this because they’ll be laughing all the way to the bank saying, ‘It’s OK, Vancouver’s going to raise their taxes and make people pay twice,’” De Genova said.

Vision Coun. Kerry Jang lashed back at De Genova, saying her suggestion about “paying twice” was a red herring and that he was happy to pay more tax to help save lives. In another exchange with De Genova, Jang said the city regularly speaks to the provincial government about getting more treatment for drug users but that hasn’t happened.

“That’s where the province should be putting the money, and that’s where they haven’t put the money – and it pisses me off,” he said, pounding his fist on his desk.

A big chunk of the so-called fentanyl tax money -- $1.8 million – will allow the Vancouver Fire Department to deploy four medic teams around the clock, instead of relying on overtime and taking firefighters and vehicles from other parts of the city to respond to overdose calls in the Downtown Eastside.

“I’m pleased,” said Fire Chief John McKearney after the council vote. “Now we have to look at the contingency fund to come up with a plan to make sure it works.”

Other measures the tax will pay for include $130,000 on "enhanced mental health support" for firefighters and frontline city and parks staff, opening a community policing centre in Strathcona ($200,000 per year), training city staff in overdose management ($20,000), creating a youth education program targeted at substance abuse and harm reduction ($200,000) and developing a strategy to create treatment-on-demand drug rehabilitation programs ($100,000).

Green Party Coun. Adriane Carr said it was the first time in five years that she would be voting to support the budget, which totals $1.3 billion and includes $80 million for housing and $14 million for childcare. Carr called the tax a "smart response" to combat the overdose crisis. She said the .5 per cent tax translates to an increase of $4 for a condo, $11 for a single-family house and $19 for a commercial property.

"These are not large burdens to respond to what is a life and death crisis in our city that is only escalating," Carr said.