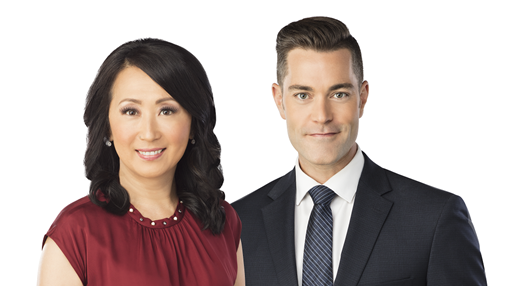 On the day that Tamara Taggart announced she is "breaking her silence" about what happened back in April when CTV Vancouver ended its relationship with Taggart and fellow six o'clock news host Mike Killeen, the Vancouver television station is revealing what its promised "major refresh" will look like.

"It was a wonderful experience that ended horribly," says tomorrow's TV Week magazine with Taggart on the cover.

Thanks for the chat TV Week! This issue is available tomorrow in stores. #tvweek #tvnews #vancouver pic.twitter.com/6HtH0lPAJY

Back in April, CTV Vancouver said Taggart and Killeen, who had co-hosted the six o'clock news for seven years, were no longer with the station as part of a “top-to-tail refresh of the station’s locally focused newscasts, including new set designs, updated on-set technology, and more.”

Taggart's tweet at the time may give a hint about what her version of the abrupt departure will be like.

I spent the day reading messages, texts, tweets and emails. I’m in a puddle of tears, overwhelmed by your kindness. It’s been my privilege to have grown up with you the past 21 years. The love you have shown me is with me forever. xx pic.twitter.com/KIaaT488Bu

On August 23, CTV Vancouver announced how it was shaking up its broadcasts.

Jack Webster Award winners Mi-Jung Lee and Scott Roberts are the new co-anchors for the six o’clock slot. They are part of the team that won kudos for their coverage of last year’s forest fires.

Scott Hurst will become the lead anchor for the noon and five o’clock broadcasts from Monday to Thursday. Some of the highlights from his career with CTV include the Vancouver 2010 Olympic Winter Games, the Vancouver Port chemical fire in 2015, and the 2017 provincial election.

On Friday’s, Michele Brunoro will take over Hurst’s anchoring duties. “Raised in the Fraser Valley, Brunoro maintains a strong passion for her local community and has been recognized with three Jack Webster Awards, most recently for her contributions to the coverage of B.C.’s opioid crisis,” says the CTV announcement.

The fourth change effective today is that Nafeesa Karim takes on “a unique anchor and co-producer role for weekend editions of the six o’clock and 11:30 newscasts. She will continue to be a news reporter during the week.

“We’re very excited to complete this new, forward-thinking approach to our daily local newscasts by introducing new broadcast elements, expanding our digital products, and now announcing this talented group of anchors and reporters,” said news director Les Staff said in the press release. “With this strong team now in place, we look forward to furthering our commitment to delivering the most trusted, up-to-the-minute breaking news that Vancouverites rely on.”

On August 13, Mike Killeen announced that he would be back at his old stomping grounds: CKNW.

He will be filling in on some of its talk shows.

Thx @troyreebglobal Looking forward to pinch hitting for some amazing hosts. Not certain about finding any old @CKNW tapes. But I did locate these. #radio #news pic.twitter.com/hHomL7MTD2