The Tamil population in Vancouver may be small, but its cultural impact can be felt across the city.
Jan 2, 2017 12:39 PM By: Bala Yogesh 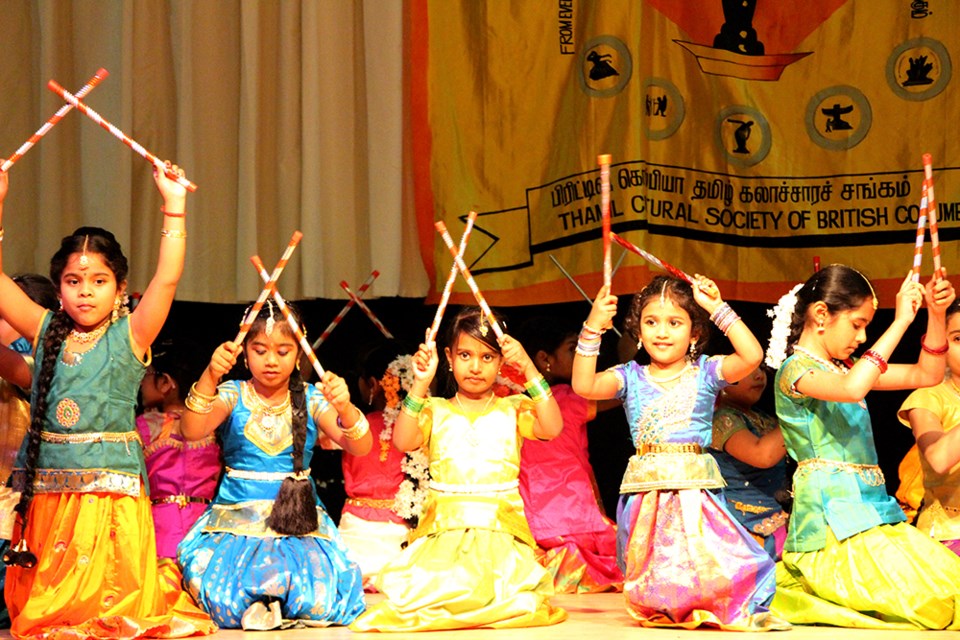 Students of the TCSBC Tamil school performing at a Kalai Vizha event in November at the Scottish Centre in Vancouver.Bala Yogesh photo


The Tamil population in Vancouver may be small, but its cultural impact can be felt across the city. From temples and restaurants to festivals like Bogi and Kaanum Pongal, there are myriad ways to interact with and celebrate the Tamil culture in Vancouver. There is arguably no better time to experience it, however, than the month of January, which was declared Tamil Heritage Month by the Canadian House of Commons this past October.

The timeframe for the celebrations coincides with ‘Thai Pongal’, a four-day harvest festival for Tamils that is held during this period.

Over 74 million people in the world can speak Tamil, with most of them residing in the southern parts of India and northern parts of Sri Lanka. Nearly 200,000 people speak Tamil in Canada, with an estimated 10 per cent of them living in BC.

Jayakumar Rathinavelu, president of the Thamil Cultural Society of British Columbia (TCSBC), said the society will be holding a cultural event on January 7 at the Scottish Cultural Centre to celebrate the government's official recognition and to connect with the Tamil diaspora and other communities.

“Tamils always give importance to ‘Isai Nadagam,’ which means literature, music and drama,” Rathinavelu said. “Our programme will be based on that and there will be speeches by scholars. Basically, this will give exposure of Tamil culture and language to people of different ages.”

TCSBC runs two weekend schools, one of them in Vancouver and the other in Surrey, to promote Tamil culture and language. For 2016, the schools had 80 students registered at different age groups. TCSBC also holds a variety of events every two months to promote the culture.

Rathinavelu explained that the language and the culture can get lost when one is away from home or moves to a different country.

“There is no more teaching or spreading to the younger ones. The efforts that we make in BC through Thamil Cultural Society of BC really helps in giving good exposures to youngsters,” he said.

Balaji Dasarathan, assistant secretary of TCSBC, said that having the heritage month allows people from other communities to take note of the language, which dates back 2,000 years and has native speakers in over 25 countries worldwide, while adding that it’s important for them to preserve the history of the language.

“It’s not just the language, it is a culture,” said Dasarathan said. “People from Sri Lanka, India, Malaysia and Singapore speak Tamil and in fact in Singapore, it is one of the official languages. I think it is important for other communities to understand this culture.”