The Sedins aren’t resting on their laurels after their retirement. In fact, they’re not resting at all. Instead, Daniel and Henrik Sedin have quite literally hit the ground running.
May 28, 2018 1:40 PM By: Daniel Wagner 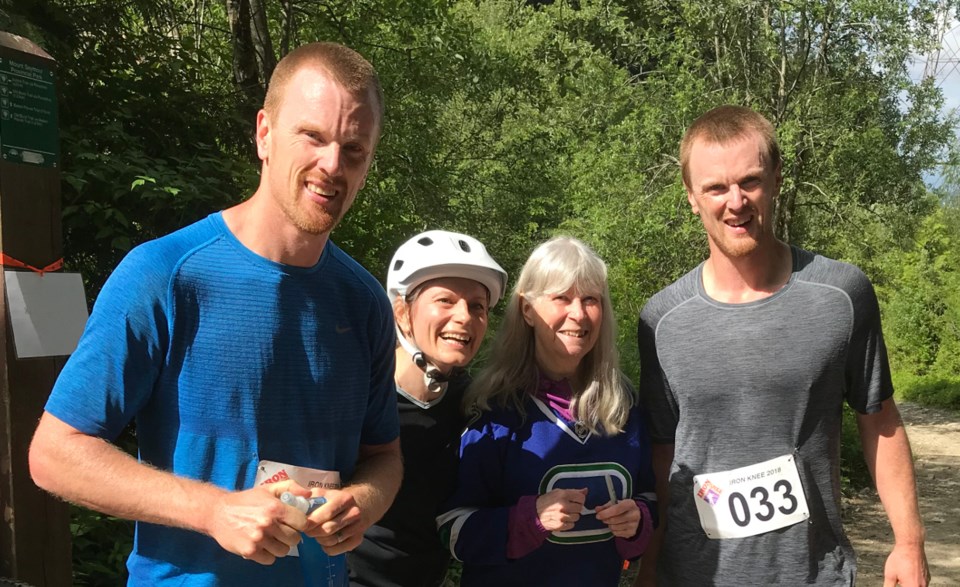 The Sedins aren’t resting on their laurels after their retirement. In fact, they’re not resting at all.

Instead, Daniel and Henrik Sedin have quite literally hit the ground running. On Saturday, they took part in the 15th annual Iron Knee 25 kilometre race in North Vancouver. The twins were neck-and-neck for the entire race, finishing just two seconds apart.

Numerologists will be delighted by their final times. The two finished the 25 kilometre race in two hours and 33 minutes, with an official time of 2:33:54 for Daniel and 2:33:56 for Henrik. You have to wonder if they had precise enough measuring equipment they would have seen they didn’t finish two seconds apart, but 2.33 seconds.

It should go without saying at this point that their bib numbers were 022 and 033.

It’s enough to make you wonder if the Sedins finished the Iron Knee in that time intentionally. Did they slow down within sight of the finish line with one eye on their watches, timing a final sprint for the exact right time?

The twins finished 15th and 16th among the 106 runners in the race, and 6th and 7th in their category: males 30-39. Daniel will likely lord his two-second win over Henrik, as the two are hyper-competitive with each other. Henrik may always win at golf, but perhaps Daniel will be the faster runner of the two.

The Iron Knee race has been put on by Foretrails Run Series for the past three years, but was previously run by Mountain Madness, which was started by trail runner Heather Macdonald in 2004. Macdonald was on hand for the race, ready to meet the Sedins in her Canucks jersey. 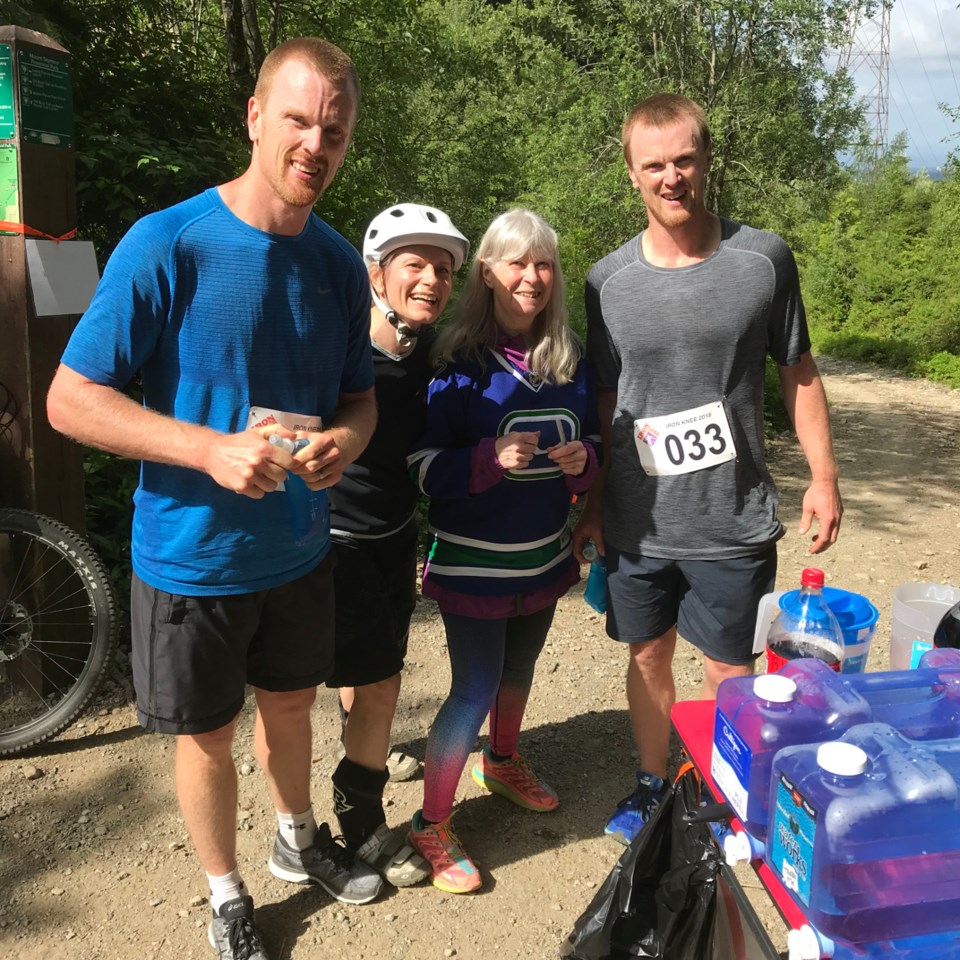 “That was the highlight of my day!” said Macdonald.

This run may be a part of the Sedins’ plans to train for the Vancouver Marathon next year. There were rumours heading into their final game that the Sedins would train for a marathon after they retired.

“There is some truth to that,” said Daniel before the game. “Maybe the Vancouver marathon next year, we’ll see. I love running, that’s a big part of our training routine in the summertime and we’ll keep doing it.”

The Vancouver Marathon runs on the first Sunday of May, giving the Sedins a year to prepare. A certified marathon like the Vancouver Marathon is 42 kilometres long, or 26.2 miles, 17 kilometres longer than the Iron Knee run. The difference, of course, is that the marathon is on a flat road, while the Iron Knee is on trails, with changes in elevation, like the difficult Powerline Climb.

Since they’re elite athletes, there’s little doubt they can complete a marathon, but you have to wonder if that will be enough for such competitive people. The Vancouver Marathon is used as a qualifier for the Boston Marathon, with a qualifying time of three hours and ten minutes for the 35-39 age group.

Will the Sedins aim for that kind of time in their first marathon? It might be within their reach.