In a recent interview with Luke Fox on Sportsnet , Trevor Linden covered a number of interesting topics.
Dec 3, 2016 2:54 PM By: Will Graham 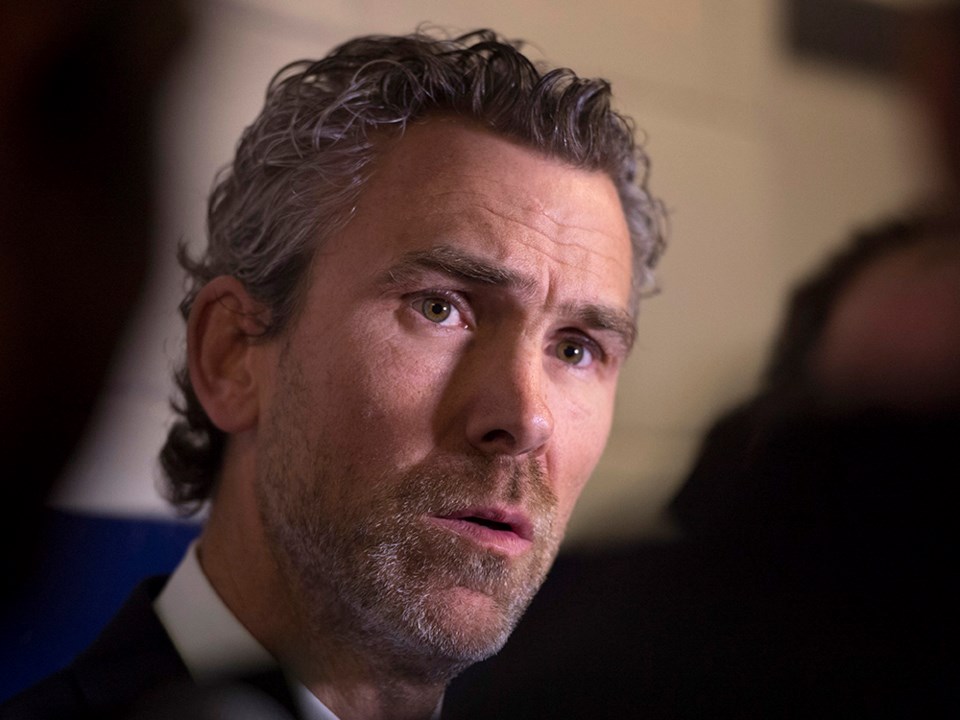 In a recent interview with Luke Fox on Sportsnet, Trevor Linden covered a number of interesting topics.

One that stood out to me (and to every other Canucks fan on Twitter, evidently) was his mention of Daniel and Henrik Sedin as a reason why Vancouver hasn't initiated a full teardown and rebuild yet.

"Two guys that, quite simply, were just never going to be moved. That’s 33 and 22. They’re going to be here until they decide to not be here."
...
"We have Daniel and Henrik Sedin here, who are very important to this organization and icons in the city. They’re not going anywhere. I don’t know how I walk into the room and tell these guys, 'Strip it down.' I’m not sure it’s fair to these guys."

When I read that, I read the words of a man in the grips of paralysis.

Assuming Vancouver is no longer in the playoff mix at the trade deadline, that’s when they need to sell off their remaining veteran assets, if possible. That obviously means outgoing netminder Ryan Miller would be shopped, but also let's not discount the heartbreaking possibilities of trading away Vancouver’s beloved veterans, Alex Burrows and Daniel and Henrik Sedin.

But wait, scratch that. The twins are not going anywhere, says Linden, because they’re too important to move. Because it’s not fair to them.

The truth is, important players do get moved. Some very big names have left the organization for various reasons over the years, including a trio of captains: Roberto Luongo, Markus Naslund, and yes, even some guy named Trev.

It’s just that management recognized that their time with the Canucks was done.

Admittedly, Vancouver has never had players like Daniel and Henrik before. They are unique entities. Identical twins with identical top line talent, identical class, identical giant hearts and identical loyalty to this franchise.

In a perfect world, they would retire as Vancouver Canucks. They are fantastic humans, dear to this franchise. Their numbers will be retired as soon as they do. But while it may not be “fair” to strip down the team around them, is it fairer to burn another year and a half of their dwindling competitive years on a middling team? Don’t you think some small part of them still wants the opportunity to compete for a Stanley Cup?

Yes, they have not “requested a trade.” But are we surprised?

Ryan Kesler just visited Rogers Arena on Thursday and was treated to a cascade of boos each time he touched the puck. That’s a player who was drafted by Vancouver, was a fan favourite for almost his entire tenure, and who activated Beast Mode against the Nashville Predators to almost singlehandedly lift the Canucks to the third round of the playoffs.

Now he’s suddenly persona non grata on the west coast of Canada because he wanted out. And we think Daniel and Henrik are going to suddenly request a trade?

No. They won't do it, and not just because they may be treated like Kesler. (Personally I doubt they'd ever be booed, they have an awful lot of good will in this city.) They are loyal to a fault and love playing in this community.

However, if management goes to them and explains the reasoning, they might at least consider going to a Cup contender.

In any case, Vancouver cannot afford to wait for a Sedin request that may never come.