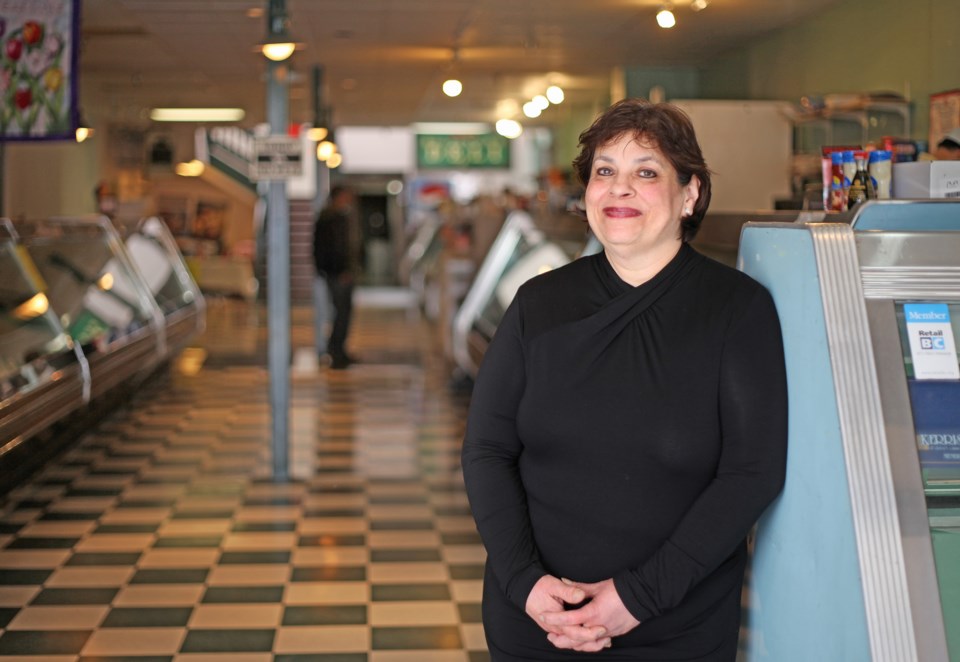 Thompson spoke with admiration about Esposito’s dedication. As small businesses close throughout Kerrisdsale, the shuttering of Boccocino Deli is another sign of changing times in the neighbourhood.

Thompson met Esposito 20 years ago and marvelled at the hearty dishes offered on “the hot table.” Every morning at 6:30 a.m., Esposito makes the pasta and meat pies that she has become known for.

“I’m not English, but my English cousins say that I make shepherd’s pie better than their own parents. That’s the only item on the menu everyday. I change everything else,” Esposito said.

Kerrisdale is an aging and changing neighbourhood. Many seniors go to Boccocino in the evenings for dinner, and Esposito knows every one of them by name. It’s a comforting place for them, especially those who live alone. But people of all ages come to the deli. Construction workers and students swarm the restaurant during their breaks.

When asked what she will miss most about having the deli, Esposito said, “My customers. They’re just wonderful people. Over the years we’ve created this friendship. It’s going to be very sad.”

Esposito says she will keep in contact with her regulars even after she retires. She even plans to do some catering from home. But first, she will rest. Esposito was diagnosed with Lupus five years ago. “First of all, I need to take care of my health,” she said.

The closure of Boccocino Deli is part of the recent trend of longtime small businesses closing in Kerrisdale.

“Several family-run businesses have closed over the past five years,” said Terri Clark of the Kerrisdale Business Association. “More than anything this is a generational shift.”

Thomas Hobbs Florists and Puddifoot are a couple of other iconic shops that have gone out of business in recent years. Despite these losses, Clark remains optimistic.

Some residents think the new stores don’t have the same neighbourhood feel to them. Thompson, a 30-year Kerrisdale resident, notices the difference. She is hopeful  the new business owners will see the value of a close-knit community.

“Piera is the epitome of what the Kerrisdale strip is about. It’s about community, it’s about service.  It’s about really caring about people and connecting with them.”

Kerrisdale community members are having a sendoff for Piera at 11 a.m. on Saturday at Boccocino Deli.