Council approved new regulations Wednesday aimed at reducing the number of older homes being knocked down and that will require building materials be reused and recycled for pre-1940 homes if they are knocked down.
Jun 12, 2014 12:36 PM By: Naoibh O’Connor 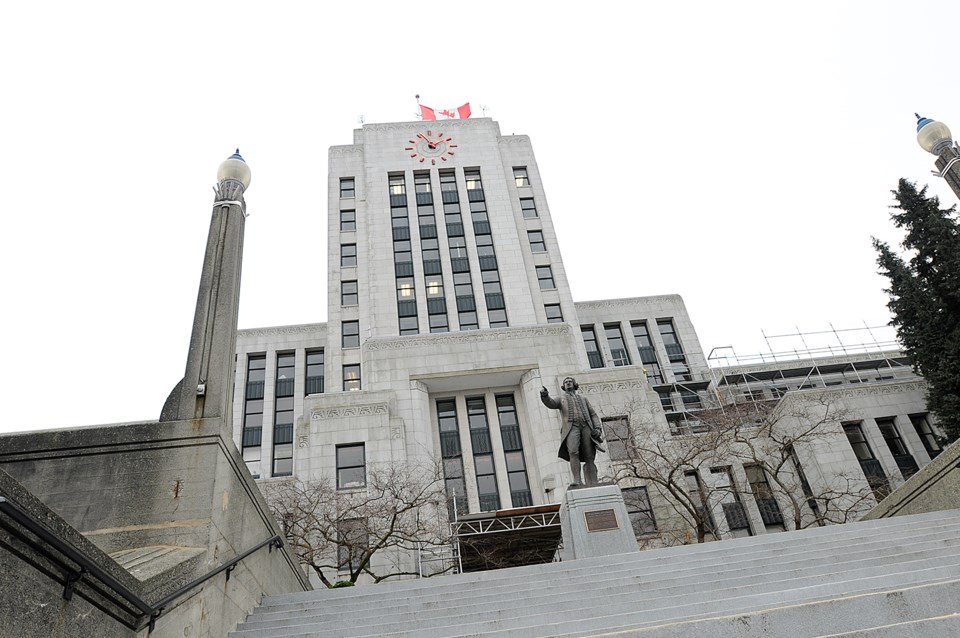 Council approved new regulations Wednesday aimed at reducing the number of older homes being knocked down and that will require building materials be reused and recycled for pre-1940 homes if they are knocked down.

“[The recommendations] passed unanimously with amendments to provide staff with resources to clear [the] backlog of development permits and to put priority on work to identify further incentives to retain character houses,” Vision Vancouver Coun. Heather Deal told the Courier in an email.

The vote came after several people spoke on the topic. Many were in favour, while a few raised some concerns.

Linda Collins, a member of the First Shaughnessy Advisory Design Panel, told council she supported the recommendations, particularly the one-year moratorium. Collins is worried about both heritage buildings and heritage landscapes.

"It gives us time to develop incentives to preserve heritage houses and landscapes," she said.

Dallas Brodie, another member of the design panel and a member of the Shaughnessy Heights Property Owners’ Association, said she hoped council would adopt the measures. Brodie called the pace of demolition in Shaughnessy “distressing” and said many new houses going up look like “bloated hotels” not stately family homes.

Dunbar is a "mass of deconstruction" at the moment, according to Ingman Baker.

“Our most pressing concern is that some of the provisions could be seen as penalizing owners of character pre-1940 properties.That view, in our opinion, could lead to increased demolition of homes not yet caught in the regime and may act as disincentives to current owners to retain and maintain the character of existing homes.”

Ingman Baker also argued deconstruction should apply to all demolitions.

Caroline Adderson, who’s behind the Vancouver Vanishes Facebook page, expressed support for the measures, but asked that the city also consider incentives such as a relaxed building code. Adderson said protection should also be given to homes built during the 1940s.

In a press release issued after the vote, Mayor Gregor Robertson said the city wants to make it easier to preserve a home than to tear it down and that the new policies will also create green jobs in the deconstruction sector.

“These new policies are practical steps to preserve neighbourhood character, and respond to the concerns we’ve heard from local residents about the demolition of older homes,” Robertson said in the statement. “We’ve put in place new incentives to encourage homeowners to choose preservation over demolition, which will help us maintain heritage and move us closer to our greenest city goals.”