Developing Story: The Kettle worried expansion project will be delayed

The Kettle Society wants Vancouver council to allow an application for a redevelopment to move forward, which includes expansion of its space, even if the Grandview-Woodland Community Plan timeline is extended.
Sep 19, 2013 1:51 PM By: Naoibh O'connor 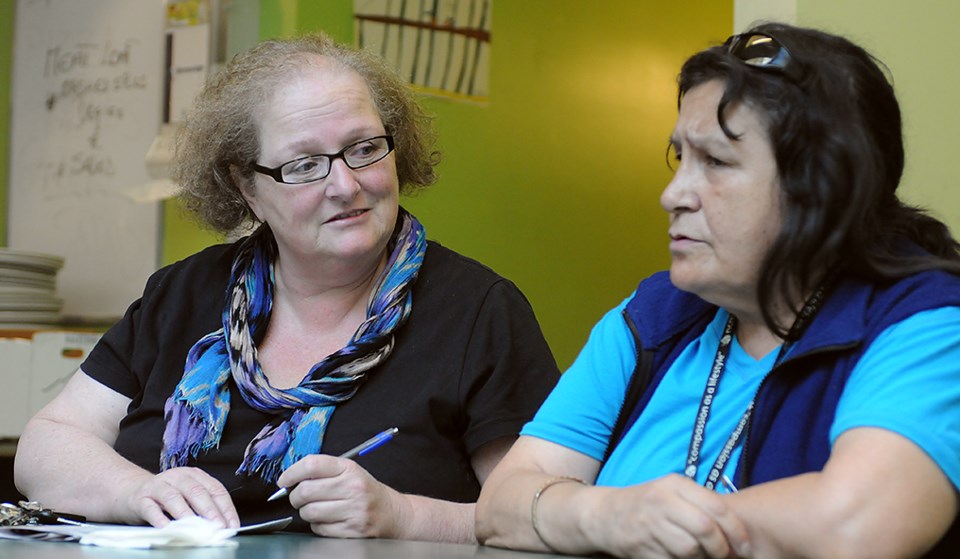 The Kettle Society wants Vancouver council to allow an application for a redevelopment to move forward, which includes expansion of its space, even if the Grandview-Woodland Community Plan timeline is extended.

As reported by the Courier Wednesday, city staff are recommending council extend the plan’s timeline to create a “Citizens’ Assembly,” which would offer input on all areas of the plan.

If council approves the recommendation, which goes before the city finance and services committee Sept. 25, the plan could be delayed for at least a year and might not be brought before council until 2015.

The Kettle Society, a non-profit whose main site is in Grandview-Woodland at 1725 Venables St., provides housing and support to people living with mental illness. Some of its clients are former Riverview Hospital patients.

It needs to expand because it lacks sufficient private space for patient counselling, enough space for clients for meals and overall space to provide other services and support.

The society owns its building but couldn’t get money from higher levels of government for expansion plans.

Boffo Properties has formed an arrangement with the society for a potential redevelopment of the site that envisions a mix of market housing, supported housing for The Kettle to own and operate and a larger space for The Kettle’s other services, particularly its drop-in.

Nancy Keough, the society’s executive director, fears the project is threatened if the community plan timeline is extended unless council allows the rezoning application to be filed in the meantime.

“At this point I’m just really nervous, afraid and worried about whether we’ll get an interim rezoning application or not because for us the delay is a great worry,” she said.

In an emailed comment to the Courier, Brian Jackson, the city’s manager of planning and development, said a council decision to extend the community plan would affect the redevelopment project.

“Yes it would delay the Boffo proposal for The Kettle. The proposal could not proceed until the plan is in place. That being said, I would like the newly formed Citizens’ Assembly to turn its attention as a top priority to this site. If there was agreement and a solution found, it may be possible to allow the development to proceed before the plan was completed,” he wrote.

That doesn’t quell Keough’s concerns. “My first reaction is that sounds like a very long time… even to form a council would take months and the application process itself is a nine month to a year process,” she said. “For us that’s just too long to wait.”

The Kettle’s building, she added, also needs costly repairs, which have been put off due to the anticipated redevelopment.

The Kettle Society launched a petition at change.org asking council to allow the project’s application to proceed immediately.

“They’ve been looking to expand for a number of years now and they’re at the point where they needed to expand yesterday. Any potential delay further stresses the expansion that they need and with it being indefinite adds additional concern,” he said.

“There’s not government funding in sight for their expansion and the project is bearing the goals of providing them with a larger space and more non-market units. The longer the wait is for the development of this project, the less the project will be able to support as carrying costs increase etc. We’re not looking to build tomorrow, our ask is only to be able to submit our formal rezoning application and to begin the formal rezoning process, which in and of itself takes nine to 12 months.”