Don Cherry is even more wrong than usual

Don Cherry is mad online. Cherry has always had a large platform; in the past, he captured every Canadian hockey fans attention simply because Hockey Night in Canada was the only show in town.
Jun 25, 2017 3:58 PM By: Daniel Wagner 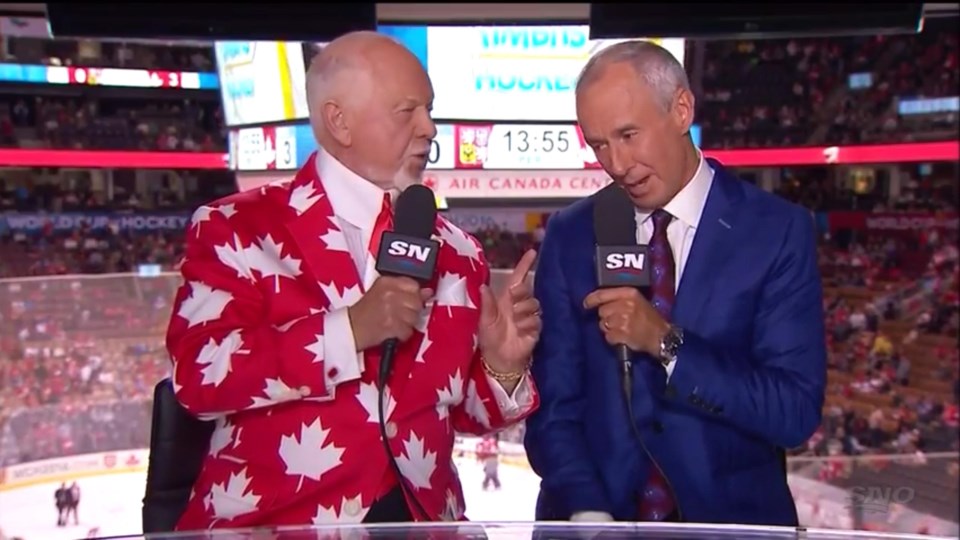 Cherry has always had a large platform; in the past, he captured every Canadian hockey fans attention simply because Hockey Night in Canada was the only show in town. Cherry had strong opinions and an over-the-top personality that entertained and, for a while, informed fans every Saturday on Coach’s Corner.

Some of his opinions and views have been important to the development of hockey: he advocated for no-touch icing for years, long before others took up the call. He’s been a tireless advocate for youth hockey, always taking the time to talk to the kids during Coach’s Corner. And he clearly loves Canada: no one can say that Don Cherry is not patriotic.

The problem is the form that patriotism takes, as he seems unaware that it’s possible to love your home and native land without putting down the homes and native lands of everyone else.

Now Cherry is on Twitter and can express his frequently retrograde viewpoints to the entire internet. His latest target: the draft, where NHL teams picked too few Canadians and too many “foreigners.”

Let’s start from the top.

A Russian led the playoffs in scoring and arguably should have won the Conn Smythe. The actual best player in the playoffs was a Swede, Erik Karlsson, who, incidentally, was the actual best defenceman in the regular season, even if Brent Burns got the votes.

Yes, a Canadian was the top goalie in the playoffs, but a Finn, Pekka Rinne, was right up there and the winner of the Vezina trophy was a Russian. Meanwhile, a Mexican-American won the Calder Trophy. Of the last ten Hart Trophy winners, four were Russian and four were Canadians and the same is true of the Ted Lindsay Award.

Only one of the top-five goalscorers last season was Canadian: the other four were two Russians and two Americans. Three of the top-five in points were non-Canadians: an American, a Swede, and a Russian. Of the top-ten in assists, just three were Canadians and they were outnumbered by four Swedes.

As for knowing “we are the best,” give me a break. Canada has won the World Hockey Championships just twice in the last ten years. If you want to say that Canada doesn’t care about that tournament, we can look at the Olympics, where Canada has done well recently, winning three gold medals in the last four, but they failed to even medal in 2006 and went 12 Olympics without a gold medal prior to 2002.

More importantly to what Cherry says next, Canada has won just one of the last eight World Junior championships.

I’ve got to admit though after reading, listening and watching the draft I would never have guessed we’re the best. We just love those foreigners. First round 11 Canadians were picked. Strange, Toronto coach Mike Babcock says guys from Ontario play harder in Toronto and that is so true because of family and friends watching but yet 4 of the 5 first Leafs picks never mind born in Ontario, they were born in another country. Of the 7 Canadian teams only Ottawa drafted a Canadian in the first round.

In any case, judging from the most recent World Junior tournaments, maybe NHL teams should be selecting even more Finns and Americans in the first round, as they’ve won four of the last five tournaments.

But what Cherry is really upset about, as usual, is the centre of the universe. His beloved Toronto Maple Leafs didn’t take enough “good ol’ Ontario boys” for his liking. Too many “foreigners” on Canada’s team.

Never mind that Timothy Liljegren is likely the steal of the draft, a projected first or second overall pick heading into the season falling all the way to 17th overall. The Leafs finally turned their fortunes around this past season largely thanks to “foreigners.”

Should the Leafs have drafted Ontario-born Canadians over Matthews and Nylander? Obviously not.