Too often someone who feels terrible is made to feel worse by other’s reaction to their pain.
Feb 27, 2014 3:01 PM By: Cheryl Rossi 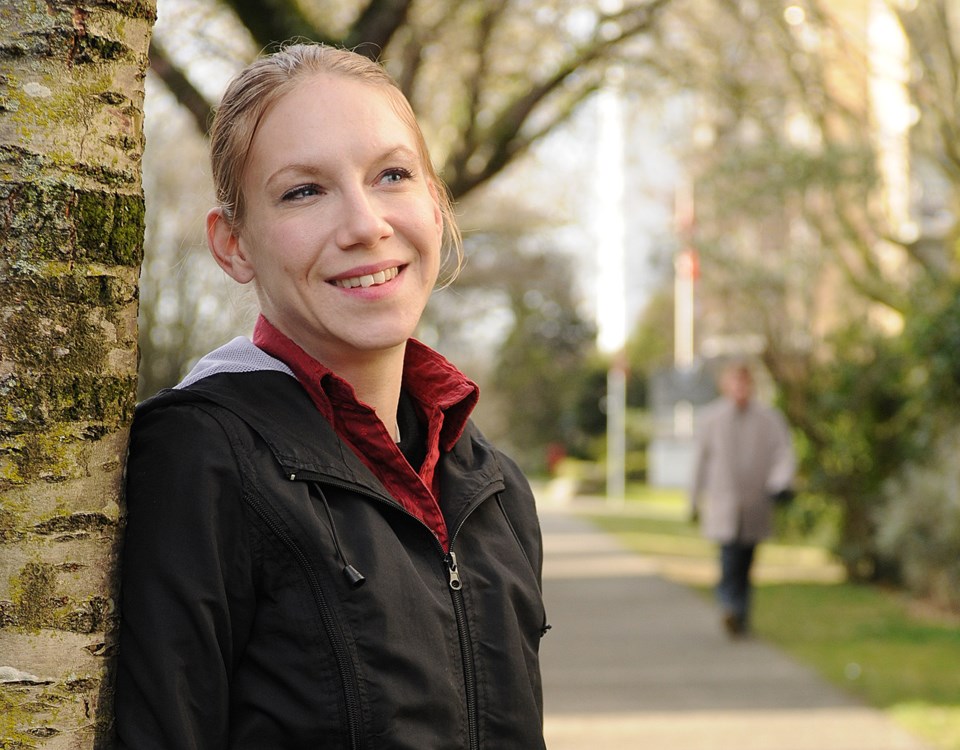 Angie Ingram spoke about her late friend from small town Alberta in a video that’s part of the exhibit. Ingram’s friend struggled with symptoms of schizophrenia, and post-traumatic stress disorder as a result of childhood sexual abuse. Photo: Dan Toulgoet

Too often someone who feels terrible is made to feel worse by other’s reaction to their pain.

Last year RainCity residents who cope with mental illness told the housing and support society they wanted to present their own stories to the world to counter misconceptions and meet people who face similar struggles but come from different socioeconomic backgrounds.

Now people with mental illness, their family members, co-workers and friends have shared their stories via audio and video for a free exhibit that runs at VIVO Media Arts Centre until March 1.

The NEWS Exhibition (New Evolution of Wise Storytelling) includes accounts of people from across the Lower Mainland.

Aaron Munro, manager of community development for RainCity, says the society sees how people suffer with lack of understanding from loved ones.

“Or one of the worst parts about stigma is it really gets embedded inside people and people begin to believe the stories that are told about them,” he said.

Angie Ingram spoke about her late friend from small town Alberta in a video that’s part of the exhibit. Ingram’s friend struggled with symptoms of schizophrenia, and post-traumatic stress disorder as a result of childhood sexual abuse.

The friend felt she’d let her family down by becoming unwell and believed she was powerless to control the negative thoughts and feelings she was experiencing. She committed suicide 15 years ago.

Ingram hopes sharing this story will foster empathy among those who haven’t experienced mental illness and its feeling of having nowhere to turn to for help.

“The reason that I recovered was because there were people that no matter how hard I pushed, they stayed next to me and loved me, no matter what I told them or how angry I got or how drunk I got,” he says in the video.

“They recognized that it was illness and were just very dedicated to loving me and not giving me tough love because they knew I had been tough enough on myself.”

Munro hopes NEWS will connect people who are feeling isolated and overwrite misperceptions.

“The general belief in our society is that you’ve got to be a bit afraid of someone with mental illness,” Munro said. “But they’re way more likely to be victims of violence, two-and-a-half times. People don’t know that. I didn’t know that.”

Members of the Vancouver Housing First Speaker’s Bureau, who’ve experienced homelessness and mental illness, will be on hand to share their tales of trials and triumph.

The exhibit will also include a preview of an app made by digital marketing agency Work At Play to host the NEWS stories and show how communities thrive when they’re supportive and accepting of people with mental illness.