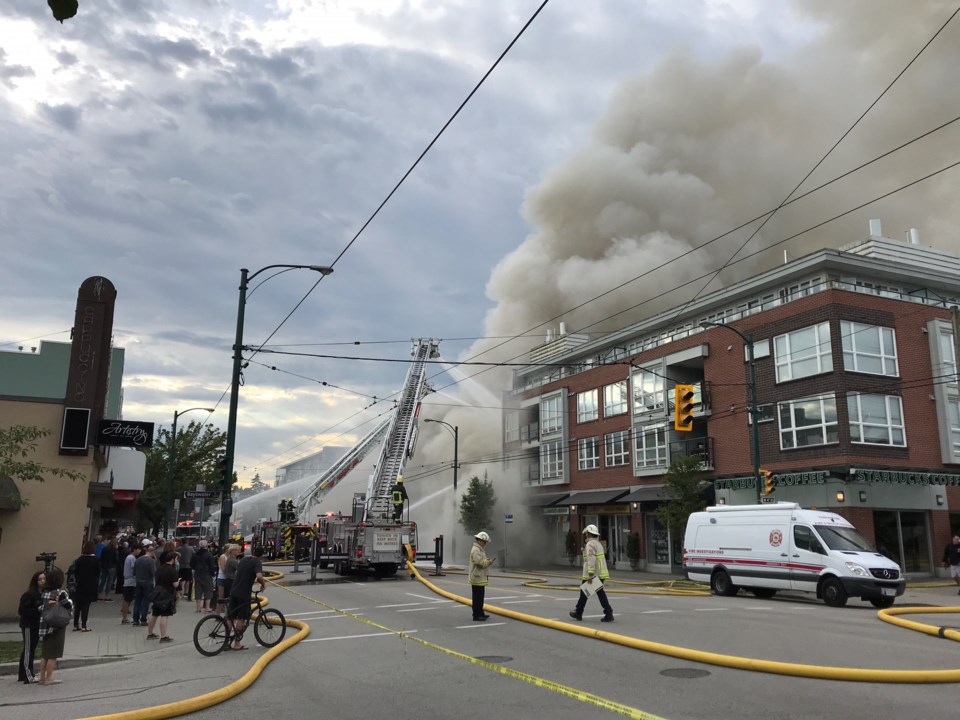 Approximately 50 firefighters attended a fire in Kitsilano early this morning, which engulfed several businesses on the south side of West Fourth Avenue between Macdonald and Bayswater streets.

The cause of the fire is unknown at this point, but witnesses on social media reported smoke was spotted billowing out of the Topanga Cafe around 5 a.m. The Topanga Cafe was opened 40 years ago by Helen Zallen with her three sons Joe, Tom and Morris, all from Los Angeles, Calif. Missing the California-style Mexican food they loved so much at home, the family decided to open up their own restaurant.

Many witnesses shared their photos and thoughts on the fire on social media this morning.

Kits resident and photographer Vince Hemingson posted photos and his thoughts on Facebook this morning.

“It was a complete and utter shock this morning to go for my coffee at 5:30 a.m. this morning and see that the Topanga Cafe was burning to the ground.

Heartbreaking beyond belief for all the residents of the building who live in the suites above the restaurant. “

West Fourth Avenue between MacDonald and Bayswater is going to be in turmoil for some time to come. Many small businesses will be affected.

Well, that's not something you see every day. #Fire at the #topangacafe. The streets are all blocked and flooded at MacDonald and 4th. Thank you to all the #firefighters for their hard… https://t.co/1GjD419iU3