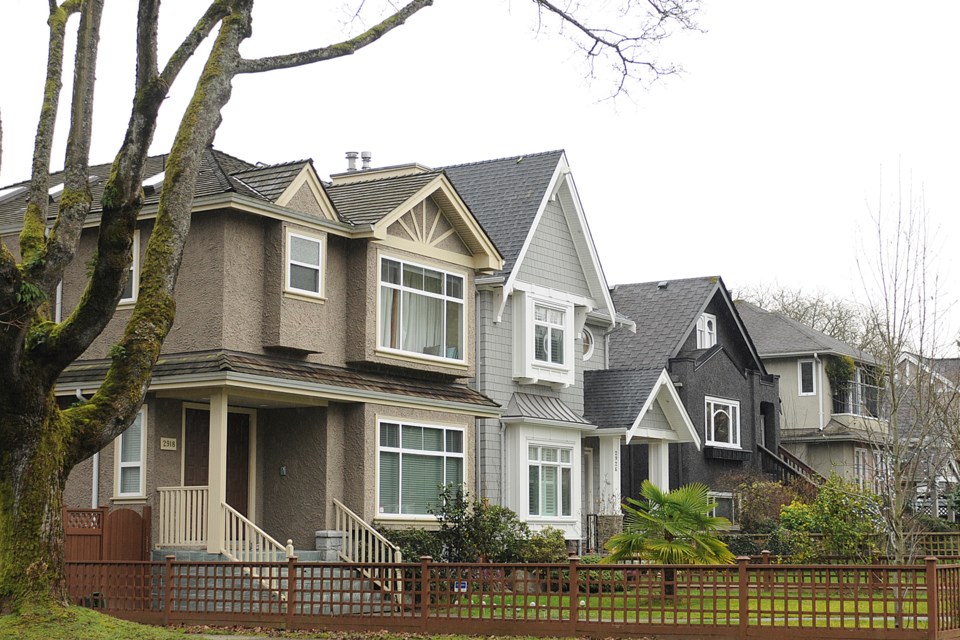 Vancouver economists have come up with some policy ideas to curb the city’s runaway home prices — but it’s questionable whether there is any political appetite to take them up.

A team of nine academics from the University of British Columbia (UBC) and Simon Fraser University (SFU) have proposed a 1.5 per cent property tax surcharge, designed so that homeowners who live in the property and pay income taxes in British Columbia would be exempt. Read the full policy proposal here.

For example, the owners of a $1 million home would pay a $15,000 surcharge, but if they had paid $15,000 or more in income taxes to Canada Revenue Agency that year, the surcharge would be zero. If they paid $10,000 in taxes, their property surcharge would be $5,000. Veterans, disabled people, and Canadians of retirement age would be exempt.

Along with cities such as New York, London and Sydney, Vancouver has become an attractive place for wealthy people from emerging economy countries to “park” their money in real estate, especially during periods of economic or political turmoil.

The policy authors envision a system where the revenue from what they have named the BC Housing Affordability Fund (BCHAF) property surcharge would be redistributed as lump-sum payments to Canadian tax filers in a designated area. However, the policy would also work if the tax revenue was returned to government.

Based on vacancy data, the report authors think around $90 million per year could be raised in Vancouver.

“There’s a lot of good things you could do with the revenue and we don’t have a particularly strong stand on that as long as it’s used to somehow benefit people who are struggling with prices,” said Tom Davidoff, a professor at UBC’s Sauder School of Business and one of the authors of the report.

The surcharge could be applied to specific geographical areas to address, for instance, the much higher property prices in Vancouver compared with rural areas of the province. It would also provide a currently unavailable data set on which homeowners make their income in Canada and how many properties are vacant.

If property owners were allowed to offset their surcharge with rental revenue reported to the Canada Revenue Agency, the policy would be an incentive to rent out housing instead of leaving it vacant.

The policy would be enforceable, Davidoff said: the same penalties for not paying the current property tax would apply.

In a January 12 Vancouver Sun op-ed, Rhys Kesselman, a professor of economics at SFU, proposed a progressive property surtax on homes worth over a certain amount, such as $1 million. Kesselman’s proposal would have the taxation revenues funnelled back into municipal governments for affordable housing initiatives.

Like Davidoff’s proposal, Kesselman believes the surtax could be modified for different real estate markets across the province. He also suggests homeowners could credit their B.C. income tax against the property tax surcharge.

Davidoff said it would be “terrific” if both policies were applied. However, there is little interest from the current B.C. government in intervening in the real estate market.

“I think they’ve been pretty clear that the thing that they value is making sure there’s more home equity for people who own houses,” he said.

Davidoff is critical of the B.C. government’s first-time home buyer’s grant, which allows qualifying buyers to pay less or no property transfer tax. The measure provides no relief to renters, he said, and pushes home prices higher by increasing the demand for housing.

Demand to immigrate to B.C. is high and Davidoff doesn’t believe the BCHAF would deter new immigrants with capital to invest.

“We think this satisfies the [BC] Liberals’ demand that this not adversely affect property values.”