Eight things you need to know about B.C.’s 2020 budget

From new taxes to economic estimates, here are eight highlights from the NDP’s third budget
Feb 18, 2020 4:06 PM By: Hayley Woodin 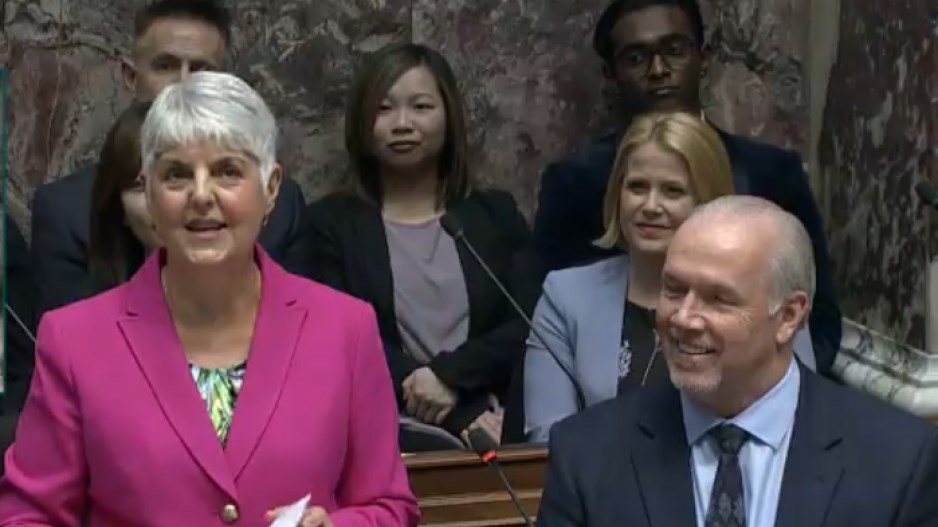 The provincial government tabled its third balanced budget on Feb. 18. Hundreds of pages across multiple documents outline B.C.’s economic forecast, its budget for the 2020-21 fiscal year and its financial plan for the next three.

1)     The NDP government’s third budget includes a fairly cautious economic forecast. The province is projecting real GDP growth of two per cent this year. Its Economic Forecast Council expects the economy to grow by 2.4 per cent.

2)     The budget introduces grant funding for low- and middle-income post-secondary students. Effective September 2020, the B.C. Access Grant will replace and expand eligibility for existing grant programs. Up to $4,000 will be available for post-secondary programs under two years in length.

4)     Changes to the Insurance Corp. of British Columbia (ICBC) are estimated to cost government $92 million in technological upgrades. Earlier this month, the province announced plans to overhaul the culture — and costs — at ICBC. The no-fault program, called Enhanced Care Coverage, requires a multimillion-dollar capital upgrade that is expected to complete in 2022. Over the fiscal plan, the budget notes ICBC will support $236 million in facility maintenance, technology investments and other upgrades.

5)     Government has created a new tax bracket for British Columbia’s Top one per cent of income earners. Starting this year, taxable income above $220,000 will be subject to a new 20.5 per cent personal income tax rate. Last year, income above that threshold was taxed at 16.8 per cent.

8)     There are only four mentions of the George Massey Crossing in the province’s 160-page budget and fiscal plan. Funding for the replacement project is included under transportation and trade network reliability, which totals $1.9 billion over five years. More than $1 billion is budgeted for 2024-25. The province is expected to make a final decision on the project’s scope, budget and schedule later this year.