The breakout star of the Champions Hockey League, a tournament pitting the top European teams against each other, has not been Elias Pettersson or either of the other two Canucks prospects, Lukas Jasek and Kristoffer Gunnarsson.
Aug 31, 2017 12:53 PM By: Daniel Wagner 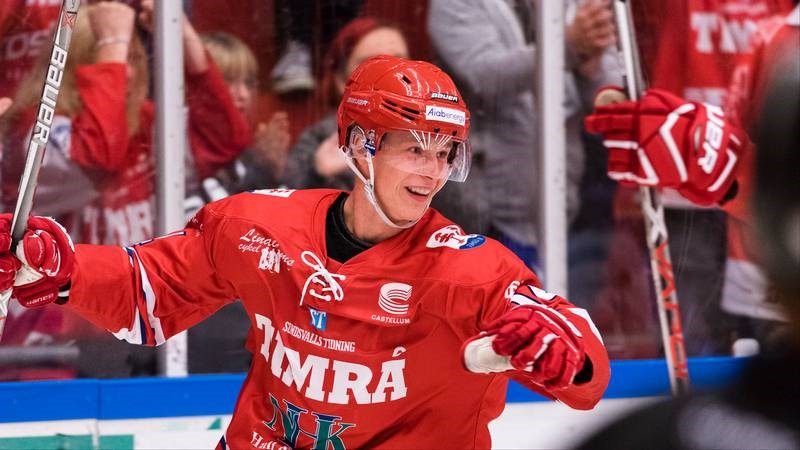 The breakout star of the Champions Hockey League, a tournament pitting the top European teams against each other, has not been Elias Pettersson or either of the other two Canucks prospects, Lukas Jasek and Kristoffer Gunnarsson. It hasn’t been any of the players.

Instead, the breakout star, in my books, is Växjö Lakers head coach Sam Hallam.

Hallam is the youngest head coach in the Swedish Hockey League at just 38 years old, but he doesn’t lack experience. He’s been the head coach of the Lakers since midway through the 2012-13 season and was a head coach in the Allsvenskan for over three years before that.

I’m not sure what effect having a younger coach will have on the development of the Canucks’ top prospect, Elias Pettersson, but it seems to have had an impact on his mid-game speeches to his players, most of which have been picked up by the Champions Hockey League online stream.

During Thursday’s game against HC Davos, Hallam delivered some unusual instructions to his players:

Sam Hallam, the Vaxjo head coach with some solid advice

Of course, what Hallam likely means to say is “excited.” He’s specifically referring to when Davos gets the puck, not to overreact and take yourself out of position trying to win it back. What’s amazing is that none of his players react. No double-takes, no giggles, nothing. Apparently they’ve heard it all before.

Hallam was born and raised in Sweden, so his English gets a bit creative, though he certainly knows his way around the bluer side of the language, like in this thoroughly NSFW clip from the first game of the tournament.

As for Pettersson, he acquitted himself quite well in his third game for the Lakers, picking up two secondary assists on the power play in the 5-3 win. He nearly had a goal to go with his assists, but hit the side of the net on a one-timer, one of his three shot attempts in the game.

Neither assist was outstanding on its own, but it is notable that Hallam has Pettersson quarterbacking the power play from the right boards at 5-on-4. Pettersson looks eminently comfortable in that role and played a strong game overall on the Lakers’ top line with Tumoas Kiiskonen and Janne Pesonen.

Pettersson’s first assist came not just on a 5-on-3, but a 5-on-3 with a delayed penalty, turning it into a 6-on-3. Davos couldn’t stay out of the penalty box and it cost them, with the Lakers picking up three of their goals with the man advantage.

#Canucks prospect Elias Pettersson (No. 40 in blue) records the secondary assist on this @vaxjolakers goal. pic.twitter.com/nBXjjQia1f

Pettersson’s second assist was a little bit nicer, as he fed a no-look pass down low to Kiiskanen, who made a pretty blind backhand pass to Pesonen for the goal. Pettersson’s patience backed down the defence and opened up the passing lane to Kiiskanen.

Pettersson picks up his second assist of the game (moved the puck to side of net before the nice pass)#Canucks pic.twitter.com/Q88TWxpTxW

That gives Pettersson three points in three games to begin his career with the Lakers, even if the SHL season hasn’t officially started yet. He’s given his new head coach plenty of reasons to trust him and should get plenty of offensive opportunities once the regular season begins.