Elias Pettersson’s older brother provides some hope for his weight

The Nashville Predators' Emil Pettersson has successfully added muscle mass since he was drafted.
Apr 23, 2018 12:32 PM By: Daniel Wagner 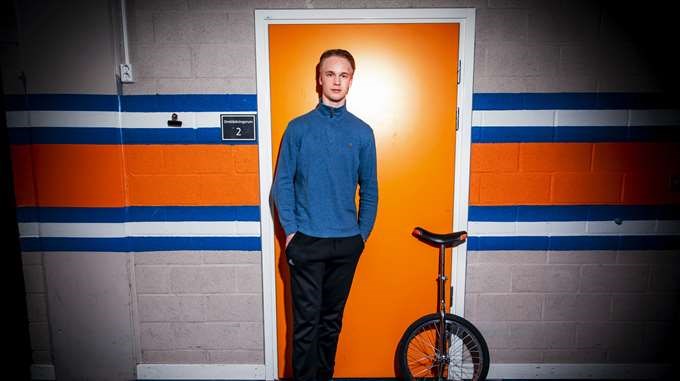 Elias Pettersson celebrated winning the SHL Championship with the Växjö Lakers in unusual fashion: by painting his body gold. It was a hilarious sight, seeing the 19-year-old lifting the Le Mat Trophy while looking like a trophy himself.

It also led to the usual critique of Pettersson: he sure is skinny. It’s impossible to ignore when you see him without his hockey pads. He’s a bit of a beanpole.

Don’t get me wrong, Pettersson is in fantastic shape. His lean body is largely muscle and he has plenty of strength to battle for pucks and hold off defenders in the Swedish Hockey League. Even at his current size, Pettersson could play in the NHL thanks to his sublime skillset and high-end hockey IQ.

There’s a difference, however, between playing in the NHL and excelling in the NHL. The Canucks desperately need him to do the latter and strength will be a key ingredient for him becoming a true franchise forward.

Fortunately for Pettersson, he has an example to look to when it comes to gaining muscle mass: his older brother, Emil Petersson, a prospect for the Nashville Predators.

Emil had the same question marks as Elias when he was drafted: he had skill and playmaking ability, but had a slight frame and needed to add muscle if he was going to have any hope of making the NHL.

NHL Central Scouting listed Emil at 6’1” and 158 lbs in their final 2013 draft rankings and was elsewhere listed at 6’0” and 152 lbs. What’s more, Emil was already 19 and in his second year of draft eligibility when the Predators selected him in the sixth round of the 2013 draft.

In his SHL season prior to being signed by the Predators, Emil was listed at 6’2”, 164 lbs. He was 22 at the start of the season and turned 23 in January.

Now, with the Admirals in the AHL, Emil is up to 185 lbs. He led the Admirals in scoring with 46 points in 72 games. It’s entirely possible that there will be two rookie Petterssons in the NHL next season.

In the five years since he was drafted in 2013, Emil Pettersson has added around 30 lbs. Elias already has a head start on his older brother, weighing 10 lbs more at around the same age.

While Elias is listed at 161 lbs on the Växjö Lakers website, he claimed he was closer to 167 lbs prior to the World Junior Tournament. With a solid summer of training and added muscle, he could conceivably be north of 170 lbs by Canucks training camp.

That’s still slight by NHL standards, but there are plenty of young NHLers playing at that weight, like Clayton Keller, Sebastian Aho, and Artemi Panarin. Heck, Adam Gaudette is listed at 170 lbs.

If Elias follows in his older brother’s footsteps and ends up at 185 lbs in a couple years, that will be a perfectly reasonable playing weight. That’s right around the weight of Daniel and Henrik Sedin, as well as other NHL stars like Claude Giroux, Vincent Trocheck, or David Pastrnak.

It seems to be an encouraging sign that someone with similar genes can put on around 30 lbs in the span of a few years. Hopefully, any concerns over Pettersson’s weight will be washed away quickly once he’s in the NHL.