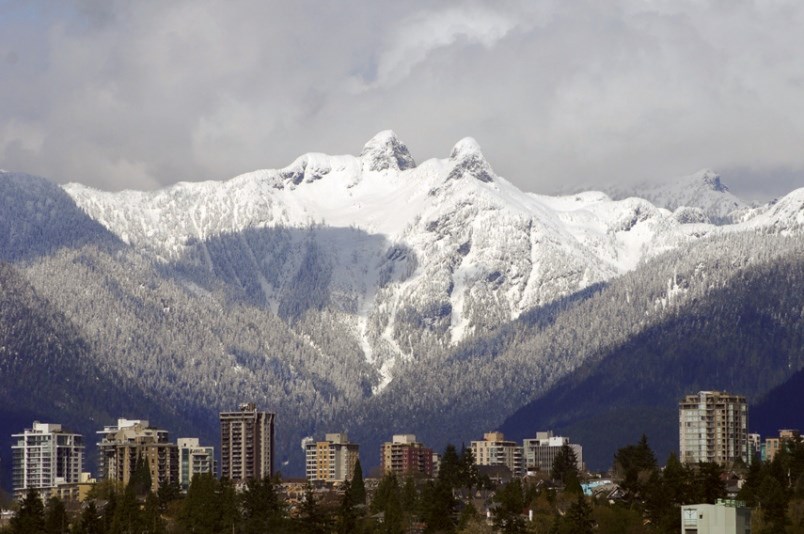 Winter isn’t over yet.

Environment Canada has put out a special weather statement warning of possible snow this afternoon and evening over higher elevations, including the North Shore’s Highway 1 and Sea-to-Sky Highway.

Snowfall accumulations of up to 15 centimetres in parts of North Vancouver and West Vancouver are possible before snow ends Wednesday morning, according to Cindy Yu, meteorologist with Environment Canada.

“The North Shore is definitely seeing snow with this cold front passing through,” said Yu.

Flurries could begin as early as 5 p.m. in higher elevations, said Yu, although the bulk of the snow is expected to fall between 9 p.m. and 3 a.m. Wednesday morning.

The alert is being issued because a storm from the Alaskan Panhandle moving south, mixing moisture from the Pacific with Arctic air that has settled over the coast in recent days.

Snowfall amounts are expected to vary across Metro Vancouver, depending on freezing levels.

Meanwhile the weather report is good news for local ski hills, with heavy snowfall expected in the mountains overnight Tuesday.

Yu said following the storm, the sun could break out Wednesday afternoon.