Fatherhood gives addict the clarity he needed to turn life around

Josh Dahling is the 2018 Courage to Come Back award recipient in the addictions category
Apr 12, 2018 9:42 AM By: Martha Perkins 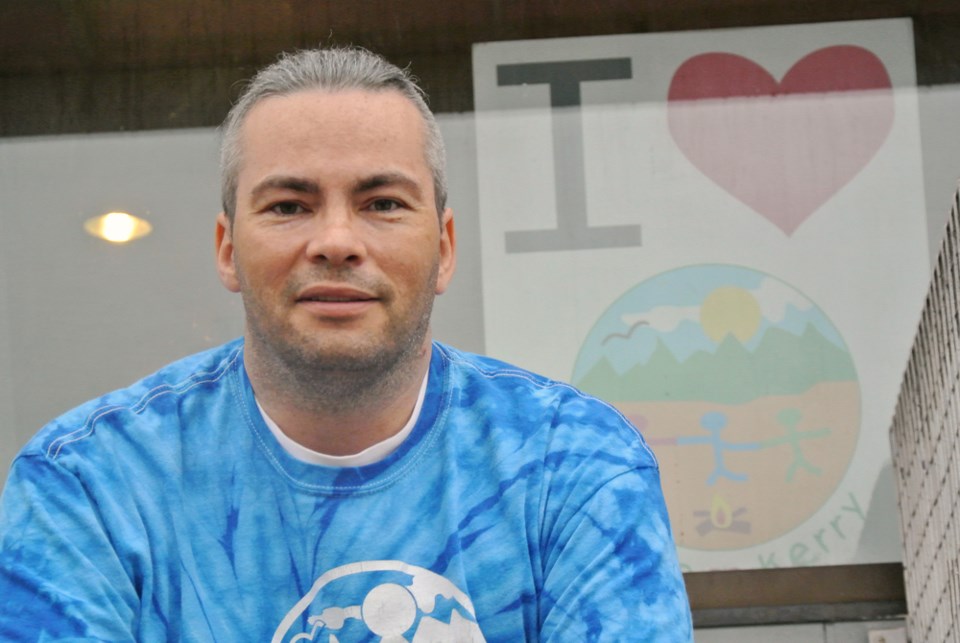 Josh Dahling says if he’d been exposed to the grief counselling provided by the Camp Kerry Society, of which he’s now the director of youth services and director of operations, it would have helped him avoid a lot of the hardships brought on by trauma and addictionsMartha Perkins

Three months before he was supposed to be finally reunited with his birth father, Josh Dahling got news that sent him into a tailspin.

His father had been murdered in Corfu and his body dumped into the sea. Dahling was needed to provide formal identification of the man Dahling had not seen since childhood.

It was a traumatizing experience in a young life already filled with trauma — immigrating to Canada from South Africa, his father’s deportation a short time later, debilitating poverty, being introduced to drugs at the age of seven by his step-father, sexual and physical abuse, daily fights at school and seeking escape from it all through drugs and alcohol.

“I think everyone who’s lived that lifestyle knows you have some pretty dark secrets,” says this year’s recipient of the Courage to Come Back award in the addictions category.

But it was his own experience as a father that helped Dahling slowly build his life back together.

In the moments after his son was born, he experienced a moment of clarity and revelation.

Although the future was an incredibly daunting proposition, his normal reaction to panic and run was replaced by something else: knowledge that he was not only a father but that he had to be a father. He was going to be there for his son so that his son could have the childhood everyone deserves — a childhood Dahling had been denied.

It wasn’t easy. A later custody battle for his two daughters meant Dahling and his three children lived in Burnaby but had to travel, sometimes daily, to Nanaimo so his children could attend school there. Health problems, including PTSD, meant that Dahling needed to go on disability, supplementing his meagre income with website development and the generosity of friends. He had to put his own education on hold to devote himself to being a single parent but continued to help others as they battled through their own addictions.

Today, his son is studying to be a plumber and Dahling’s daughters are thriving as well. Dahling’s own life is pretty good, too. He and his partner run the Camp Kerry Society, an end-of-life and bereavement service for people across the province.

It had been at a Camp Kerry Society retreat that Dahling had had another revelation: people actually say out loud “I lost my father” or “My mother died” rather than try to bury the pain and soldier on alone. He embraced the healing power of being able to talk through your grief and now believes bereavement leave should be provided in the same manner as maternity leave.

“Over 90 per cent of the people I’ve worked with who had addiction issues had a significant loss around the time their addiction started or accelerated,” he says.

When Dahling was court-ordered into a treatment program, his intention was to get clean, get out and start using again.

“I liked the way drinking and drugs made me feel,” he says. He wanted, and needed, the escape from reality. “I actually didn’t think I had a problem. It felt like I was being stopped — it felt like the world had a problem with me. I was determined to go back to doing drugs and being a rock star.”

For the first two years of his sobriety, “I did everything you’re not supposed to — I worked in a bar and saw how regular people drank, which was weird.”

That time in his life also coincided with a court appearance for assaulting an officer during an altercation. The officer said charges would not be pursued if Dahling agreed to go into schools to share his story about the dangers of that lifestyle.

“I said drugs made me feel great and I wasn’t going to tarnish my reputation,” Dahling says of his initial response. Faced with the court case, however, he quickly acquiesced.

That experience gave him exposure to social workers, not as a child afraid of being taken away from his mother and siblings, but as an adult who could see the good they can do in children’s lives.

It was when he was studying to be a social worker he discovered a way to deal with the dyslexia that had previously made school such a struggle. He put green and red cellophane paper over the pages of a book “and the words didn’t float around any more.”

During his studies he learned about such things as PTSD and the residual impact of suffering the loss of his father three times —  leaving South Africa a year before his father could join them, the deportation and identifying his rotting corpse. He put words to the jumble of emotions he’d felt as a child, and why he had dealt with life with anger and being intoxicated.

When he met Dr. Heather Mohan, a registered clinical therapist and music therapist who had founded the Camp Kerry Society as an outreach program through Lions Gate Hospital, he realized the program needed to be more widely available. Together, in life and through the organization, they have built it into a service that provides counselling and support to a multitude of people.

“If I’d have had Camp Kerry [when I was younger], it would have been life changing for me,” Dahling says, adding that “only two of the hundreds, if not thousands, of kids I’ve worked with has been a statistic.”

They rely on donations, constant applications for government grants and the proceeds from a thrift store they opened in Sapperton. He works full time as its director of youth services and director of operations. He handles those responsibilities on top of volunteering for every school trip and fundraiser at his children’s schools.

There are still ramifications of his childhood trauma. He wakes up at midnight every night, conditioned to being alert during the time when his mother’s boyfriend would often beat her. However, he’s also stopped being angry at his mother for not protecting her children more. He realizes she had her own traumas growing up in apartheid South Africa and that she always tried to do her best. His father, too, had not had it easy, having been disowned by his family. That peace of mind was “the missing link” in his sobriety.

He also gets emotional sustenance from his job. “When people are dying, the majority aren’t thinking of themselves. They’re thinking of how they can make life better for those they are leaving behind. If everyone lived that way we wouldn’t have so much suffering.

“I’m about to get an award for doing something that I think people should be doing anyways. We should all give to our communities and helping other people.”

The Courage to Come Back gala is May 10 at the Vancouver Convention Centre. It is a major fundraiser for Coast Mental Health. You can find out more about the awards or buy tickets here.